Revealed late May last year, less than a year later, models are being delivered to retailers and customers. Removal of the long lead times by manufacturers is to be welcomed, though Rapido Trains adopted the strategy of announcing models at tooling stage upon its official entry to the UK market.

We were sent the following samples for review:

1. A feature I’ve come to appreciate – despite being entirely hidden under normal viewing circumstances – are the moulded drawbars which pass through the central cross-members, terminating with the impression of a spring and nut.

2. The vertical steel stanchion-like supports to the wagons’ ends and framing the side doors are some of the finest I’ve seen on a model. The ‘L’- and ‘T’-shaped angle shares the same taper on the model as it does on the prototypes upon which they’re based. I’m intrigued in the reasoning for this, particularly when companies had to keep a tight control on costs – perhaps a reader can inform me? 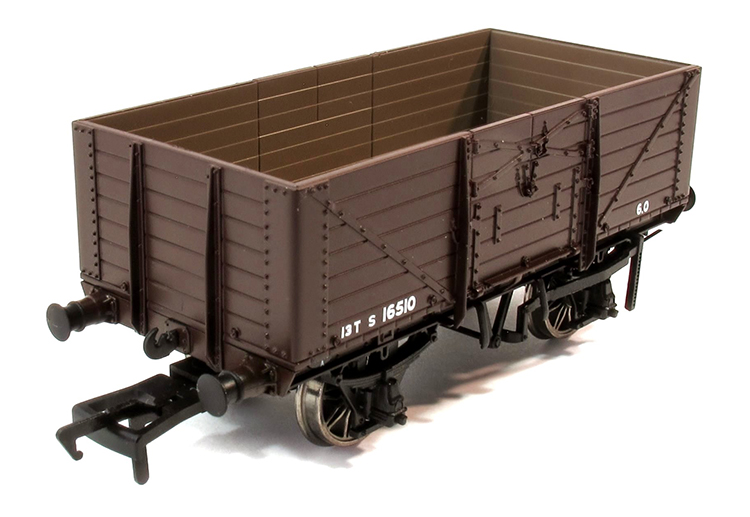 3. The ability to unscrew coupling housings makes upgrading wagons easier. Upper wagon detail is captured to a very high standard, the steel diagonals and corner bracing being very crisp. Rotating the wagons, we find that Rapido has modelled the underframe truss members, these incorporating diagonal members transferring the forces applied to buffers in the event of rough shunting – more than likely – to the centre of the wagon. 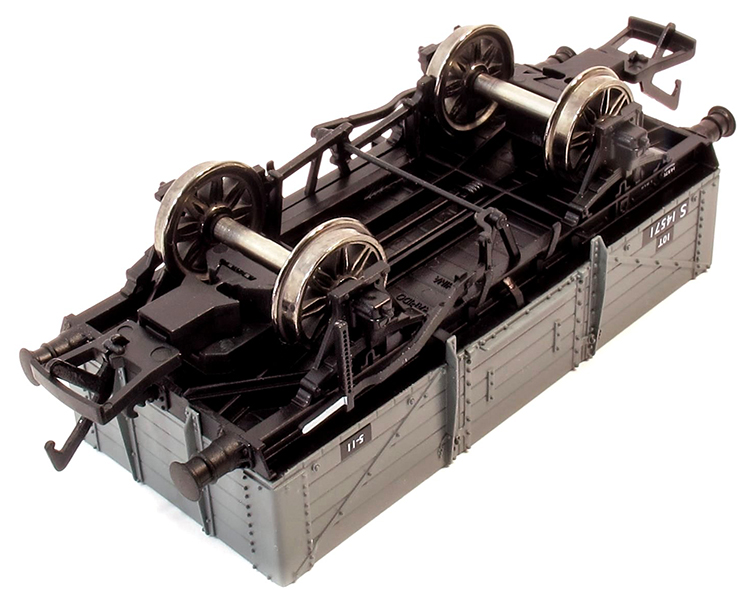 4. Rapido Trains’ models are robust – I accidently dropped one and luckily no damage was observed. Where the brake gear is concerned, there’s the smallest amount of flash to the underside of the push rods, and a small amount of additional support detail around the safety straps. This isn’t noticeable in normal circumstances, and is the only aspect I could find which could be enhanced by the modeller.

In essence, these wagons are great, not only for their attention to detail, but a reminder of a time no more. Highly-recommended and little wonder they’re selling fast.

Read Howard Smith's full review in the June 2022 issue of BRM, available to download from www.pocketmags.com/BRM from May 13, or in stores from May 20.