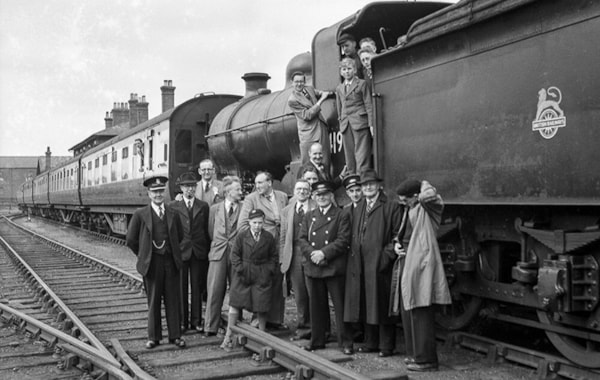 Half a century since the last train ran from Horncastle, the Horncastle History and Heritage Society is to stage a virtual exhibition from March 31, 2021.

April 5, 2021 will mark 50 years since the last train rolled out of Horncastle. For Horncastle and Woodhall Spa, it was the end of the line for a service that had begun in 1855.

To mark the anniversary in the district's history, a virtual exhibition is to be staged by the Horncastle History and Heritage Society on its website from March 31, 2021 to tell the story of the line’s construction, operation, the fight to keep it open and what happened after closure. It will examine how Horncastle might have developed had the railway survived.

It is also hoped to stage a physical exhibition at the relaunched Sir Joseph Banks Centre in Horncastle in the summer, once COVID-19 restrictions are eased. This will be a chance to display photographs, objects and mementos of the railway, and perhaps even a model of the town’s lost station.

The Society has worked with Lincolnshire County Council to design a new leaflet for the Spa Trail, which follows the route of the old railway. It is hoped that this will help encourage more visitors to walk and cycle to Horncastle and Woodhall Spa, once tourists are allowed to return. 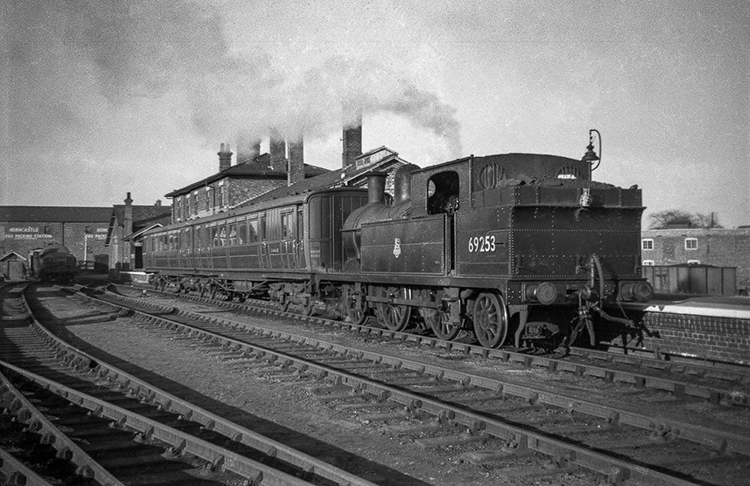 An everyday sight missing after the 1954 closure to passenger trains – N5 Class steam engine No. 69253 is ready to depart Horncastle for Woodhall Spa and Woodhall Junction, with the regular equally elderly carriages allocated to the branch. WM. WOOLHOUSE COLLECTION/LCLR HISTORIC VEHICLES TRUST

Chairman of the Horncastle History and Heritage Society, Dr Ian Marshman, said: “What has emerged already is the huge interest in Horncastle’s railway –  in the town and further afield. People have shown us relics like old railway signs salvaged from the station yard, rare posters and tickets. We have also tracked down a long-lost hand drawn plan in beautiful colour for Horncastle Station, which was preserved by being hidden behind a wardrobe for over a century. Some never-before-seen photographs of the station, and the people who lived and worked around it, have also come to light. An expert on rare train tickets has offered to display his collection of  colourful Horncastle and Woodhall Spa train tickets, which date from the late 1800s and early 1900s”. 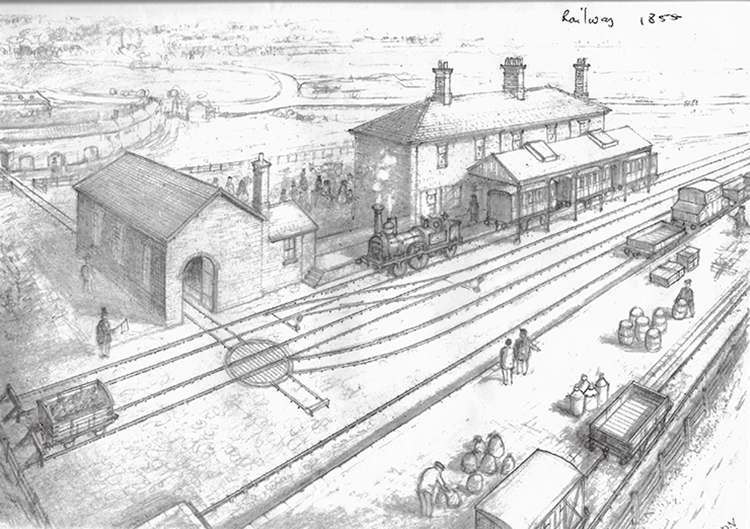 A drawing of how Horncastle station looked after opening in 1855. HORNCASTLE HISTORY & HERITAGE SOCIETY ARCHIVES

Dr Marshman added: “Another question we’ve puzzled over, is why was there a pub in Horncastle called the Railway Hotel on North Street, far away from the station. We’ve been told that older people in the area believed that ‘a train’ was buried at the bottom of the old brick pits nearby, in what is now called Bell’s Yard. We think it could have been skip wagons used to move clay for the bricks, as much equipment was washed into the pit during a major flood in the 1920s. Although for now, the truth remains a mystery”.

At the other end of the Horncastle branch line, the award-winning Woodhall Spa Cottage Museum, which is situated next to the old track (now part of the Spa Trail) is also planning to mark the anniversary. Four information boards on the history of the line and the significant role it played in developing Woodhall Spa (which enabled Queen Alexandra to travel directly from London to ‘take the waters’) have been produced for a special display with the assistance of the current owners of the former Woodhall Junction station, which is now a private residence. An original director’s report from 1863 has been located and the museum has a number of relics and photographs of the line which it’s hoped visitors will be able to see, when the easing of covid restrictions enables it to reopen.