Hornby's latest festive train set is a radical break from the past.

Hornby have included a Christmas train set in their range for many years. While looked down upon by some enthusiasts, they have always been popular with the general public and prices of the special wagons on the second-hand market are impressively high. 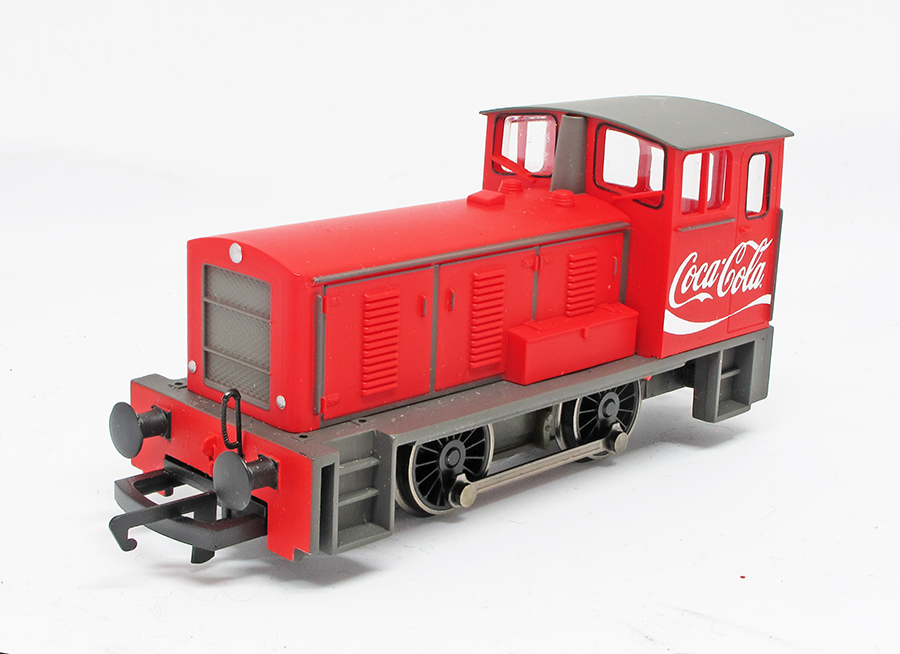 At the London Toy Fair this year, as well as their traditional bright red GWR 101 and a couple of wagons, there appeared a Bagnall diesel accompanied by a container wagon and long wheelbase van, all in Coca Cola livery.

You can’t just paint your wagons in these colours, at least not unless you fancy spending time with some very expensive American lawyers, this is the result of some serious negotiation. The Coke company are very protective of their brand and will have insisted on approving the models. 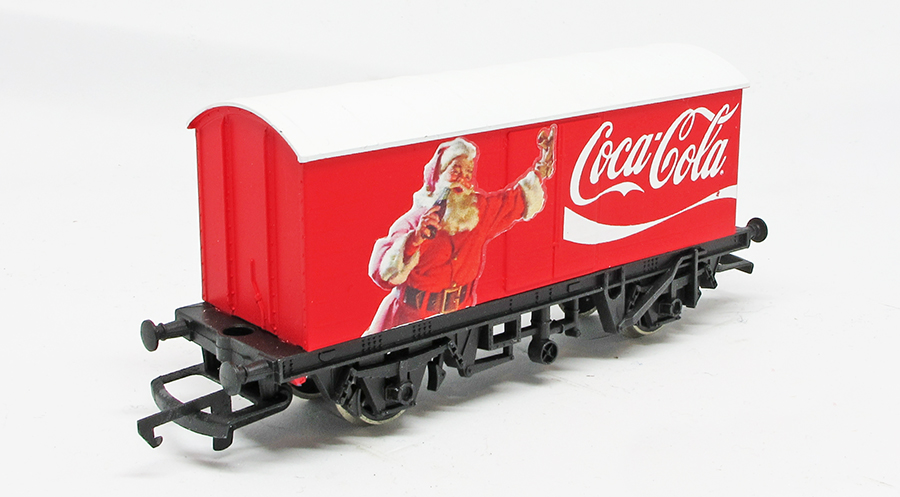 See at The London Festival of Railway Modelling, the stock is still in pre-production form, part of the approval process. However, we understand that the models we’ve now been able to photograph properly, won’t need any significant changes before production.

When BRM first showed the photos from the Toy Fair on RMweb, the reaction was interesting and generally very positive. One contributor who runs a model shop immediately said he would be placing orders.

The models are now available from the trade – RRP is £79.99 but street price will be lower.

Final thought – In America, it’s very common to run a circuit of track around the base of your Christmas tree. With the growing popularity of the festive Hornby sets, could it catch on in the UK?