CAD artwork is complete and livery specifications have been drawn - we can expect these new wagons this summer.

These diminutive four wheeled flats entered service from 1986 on the iconic Cawoods Coal containerised coal trains, which ran from collieries across England and Wales to ports in the North West for onward shipment to Ireland. In the early 1990s, a portion of these wagons were allocated to British Fuels and ran to various destinations between the North of England and Scotland. After privatisation of the railways, the PFAs continued in service carrying domestic coal traffic, but were also used to carry special gypsum containers for British Gypsum, and are still in service today, carrying low-level nuclear waste for Direct Rail Services. 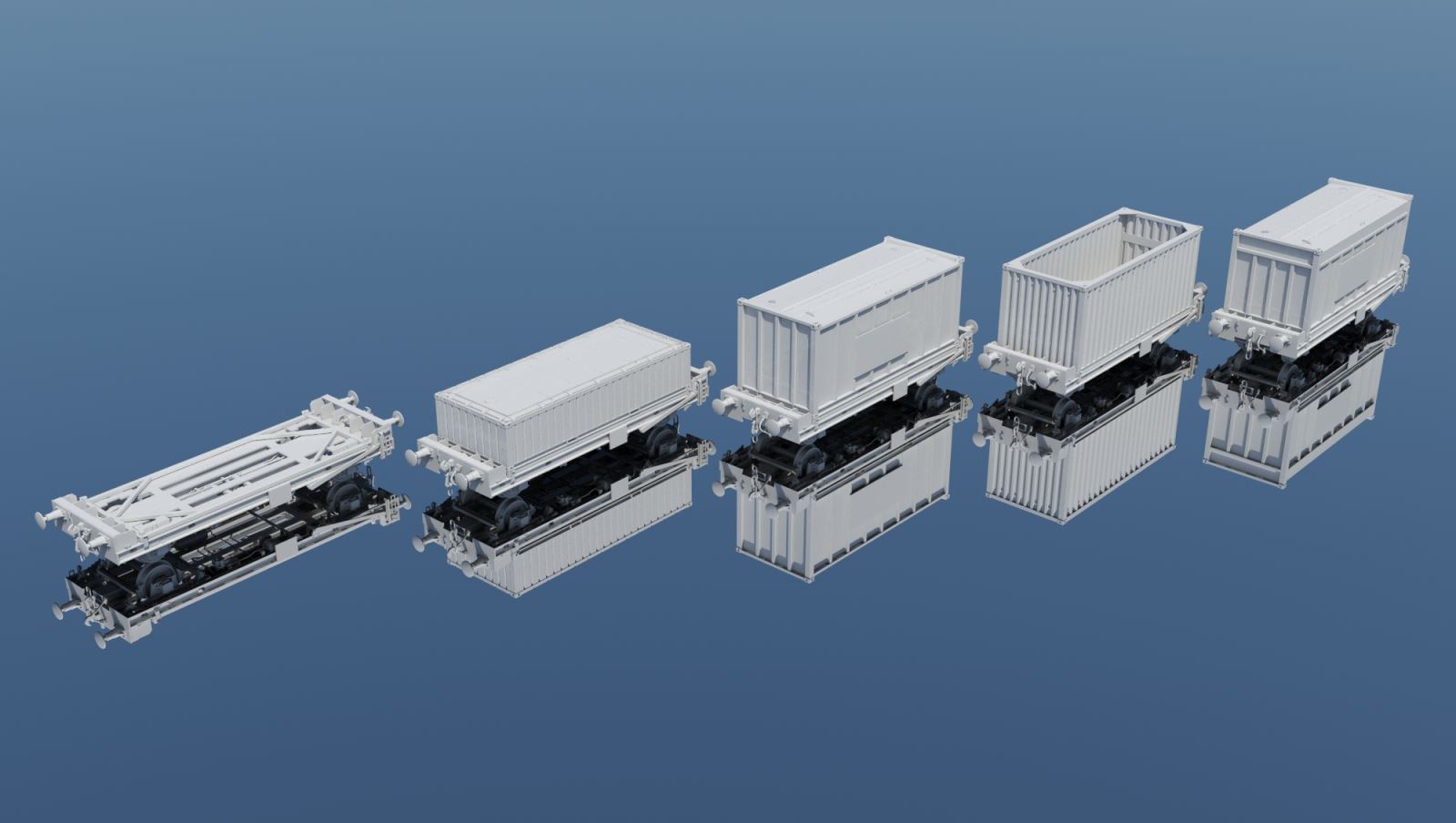 The full suite of tooling variations being offered by Accurascale on its new PFA two-axle flat wagons. Delivery is expected this summer.

Accurascale’s model of this versatile wagon will see a diecast flat wagon with multiple configurations to reflect their years of diverse service. A highly-detailed container flat wagon with separately-applied parts will be joined with an array of different container bodies in multiple packs. With sprung buffers, a diecast chassis for weight and provision made for easy conversion to EM and P4, the wagons are expected to be made to a high standard. A pre-production sample is expected soon, with CAD design complete and tooling almost completed in China. 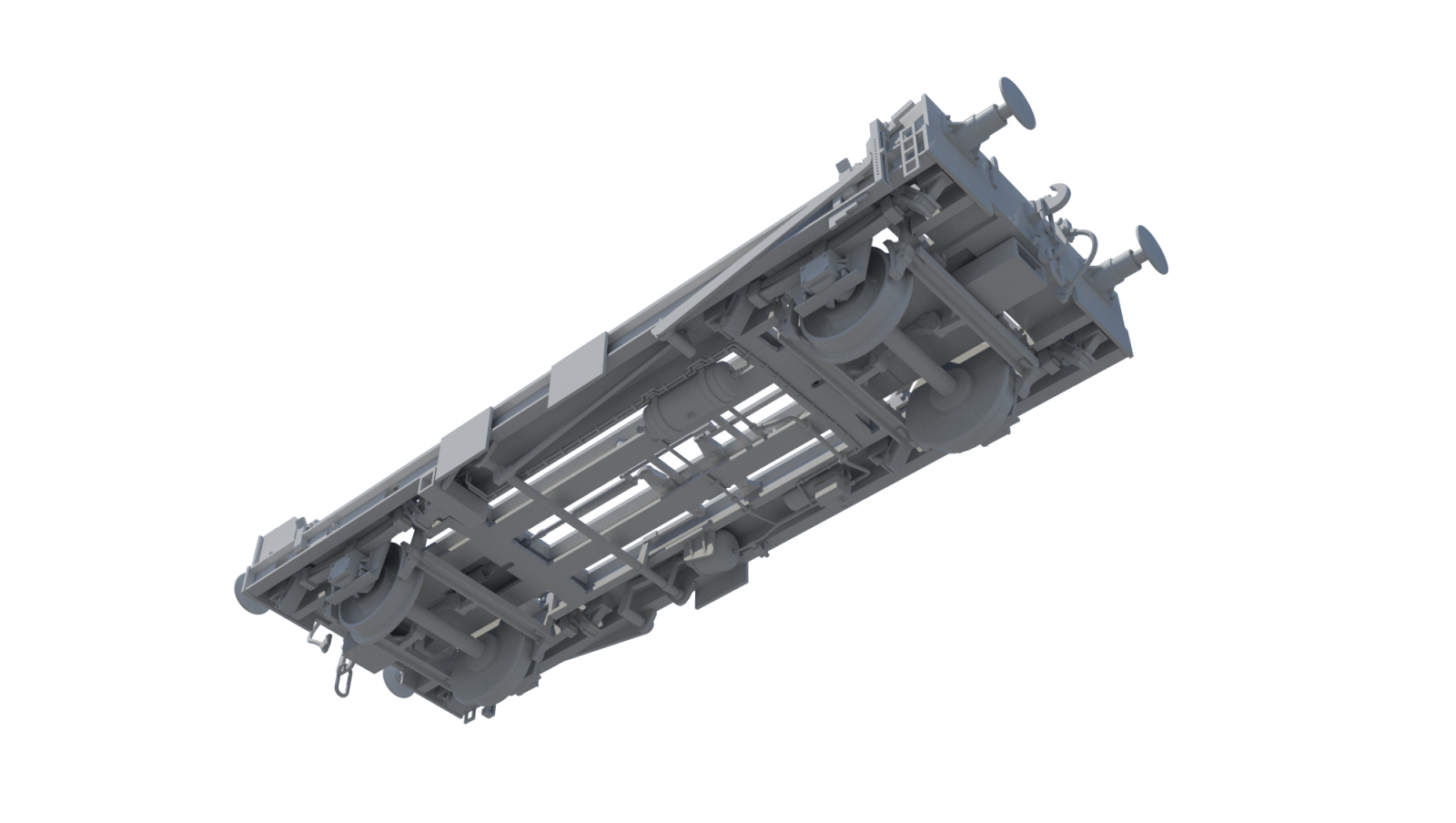 The intricate chassis of the PFAs has been designed to create hollow gaps between girders, as per the prototype vehicles.

The 'as-delivered' iconic Cawoods coal wagons will be catered for, as well as the bright orange British Fuels containers. These will come in packs of three wagons, with different identities and multiple packs available, allowing appropriate rakes to be built. Two different gypsum containers in two different liveries will also be offered for British Gypsum traffic, again in multiple packs of three wagons with different identities, branding and liveries, allowing colourful long rakes to be assembled as per the prototypes. There will be two packs of three DRS flats carrying models of low-level radioactive waste vessels and a separate pack of empty DRS flats which are also used as barrier vehicles. 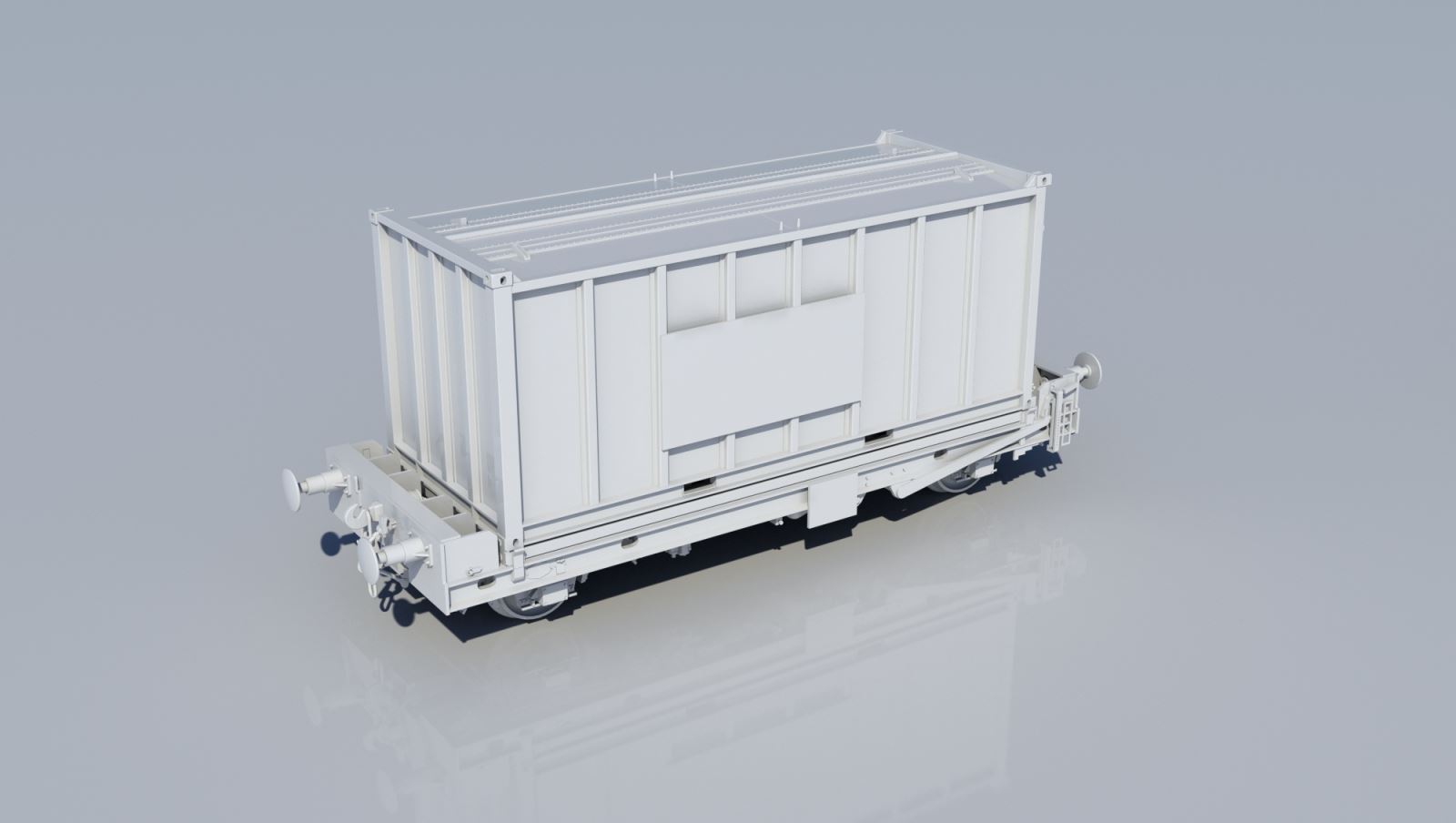 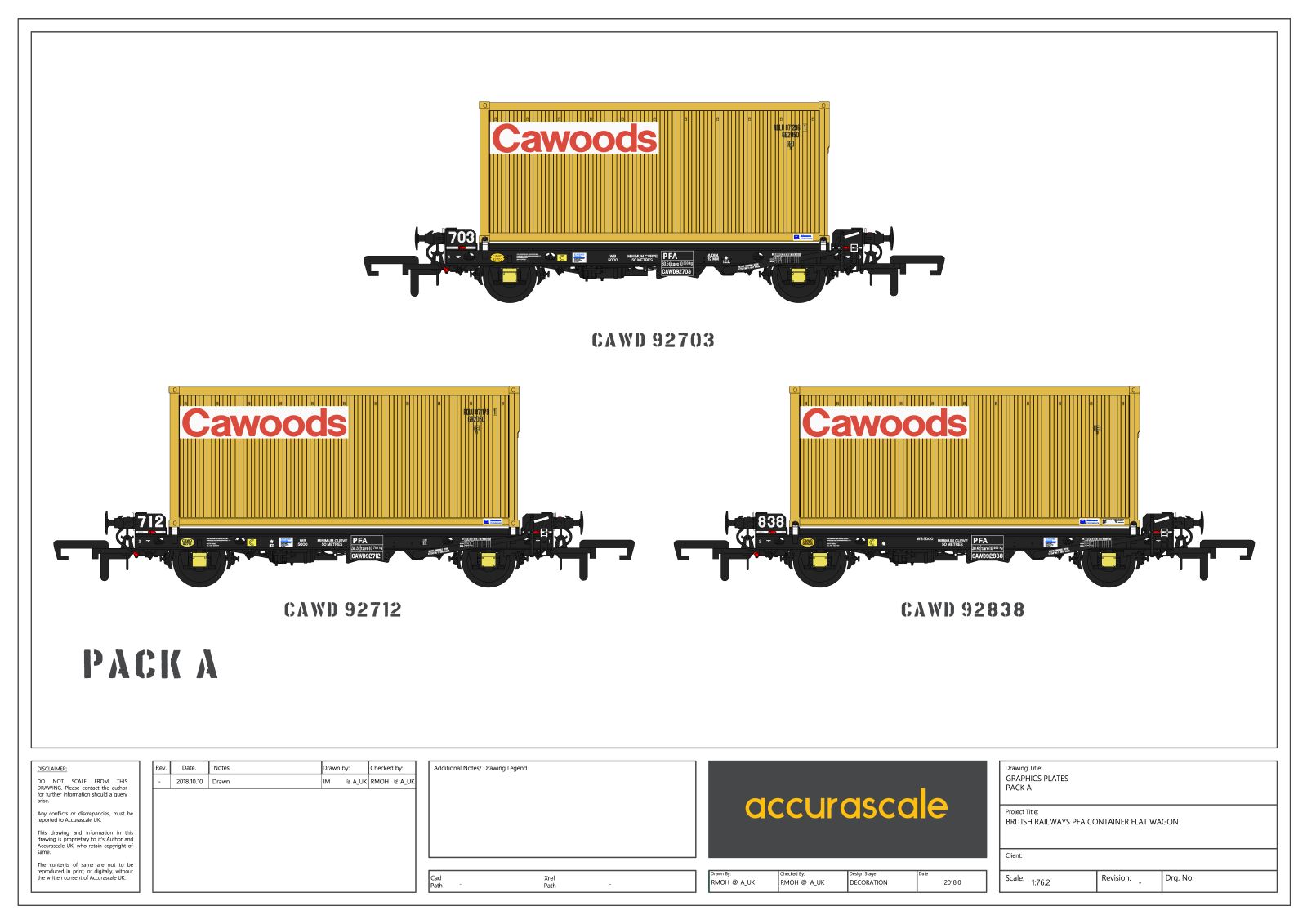 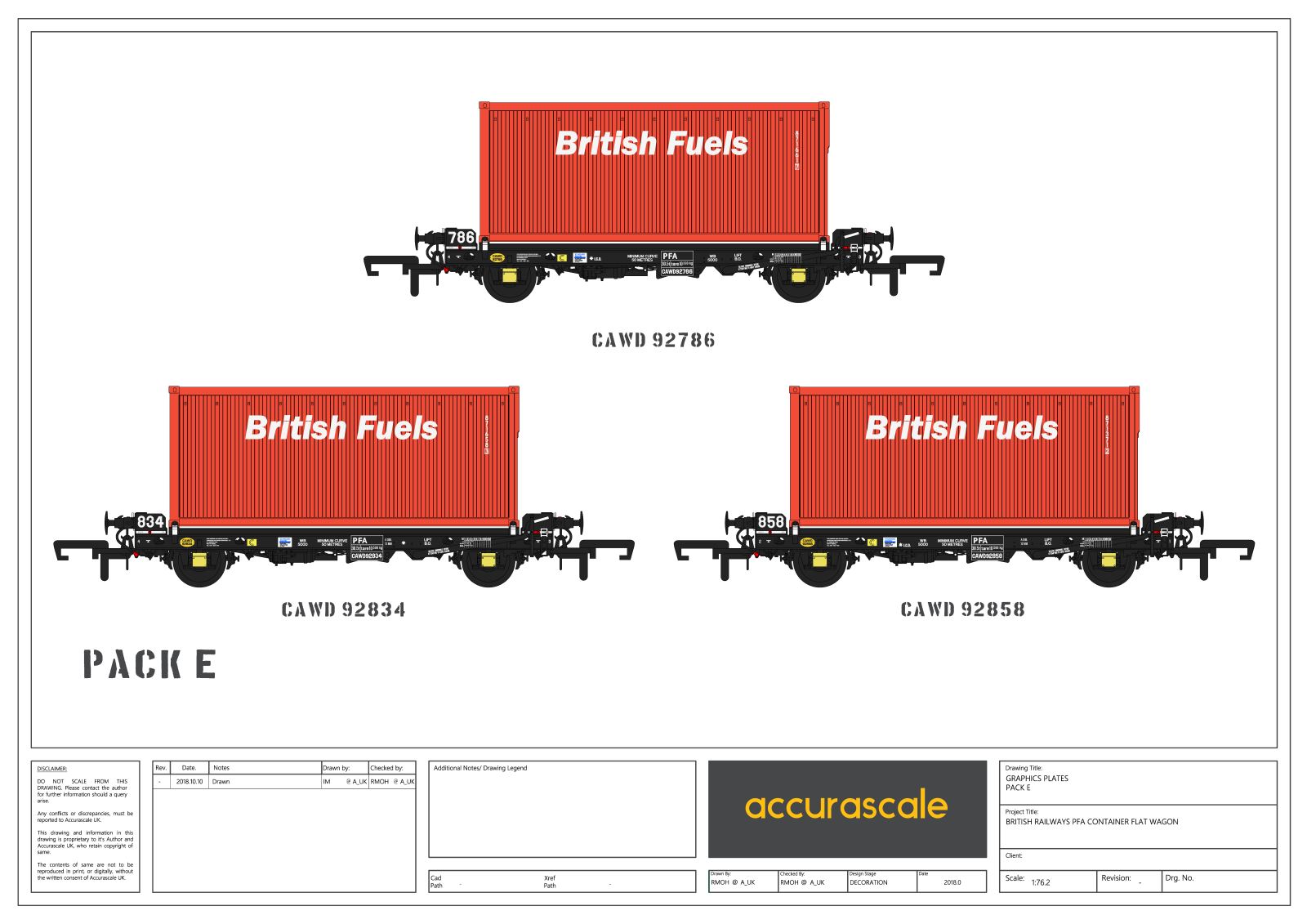 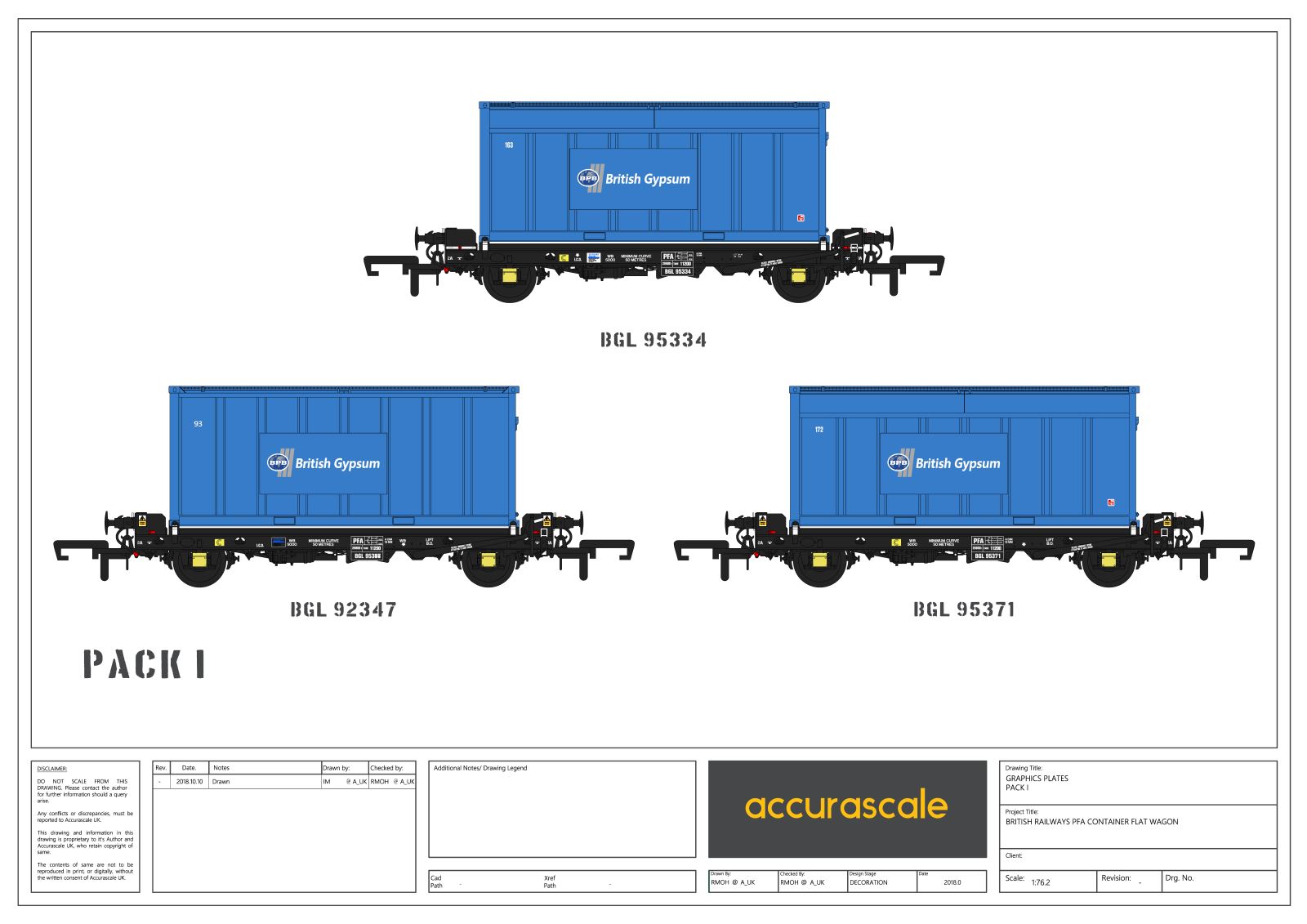 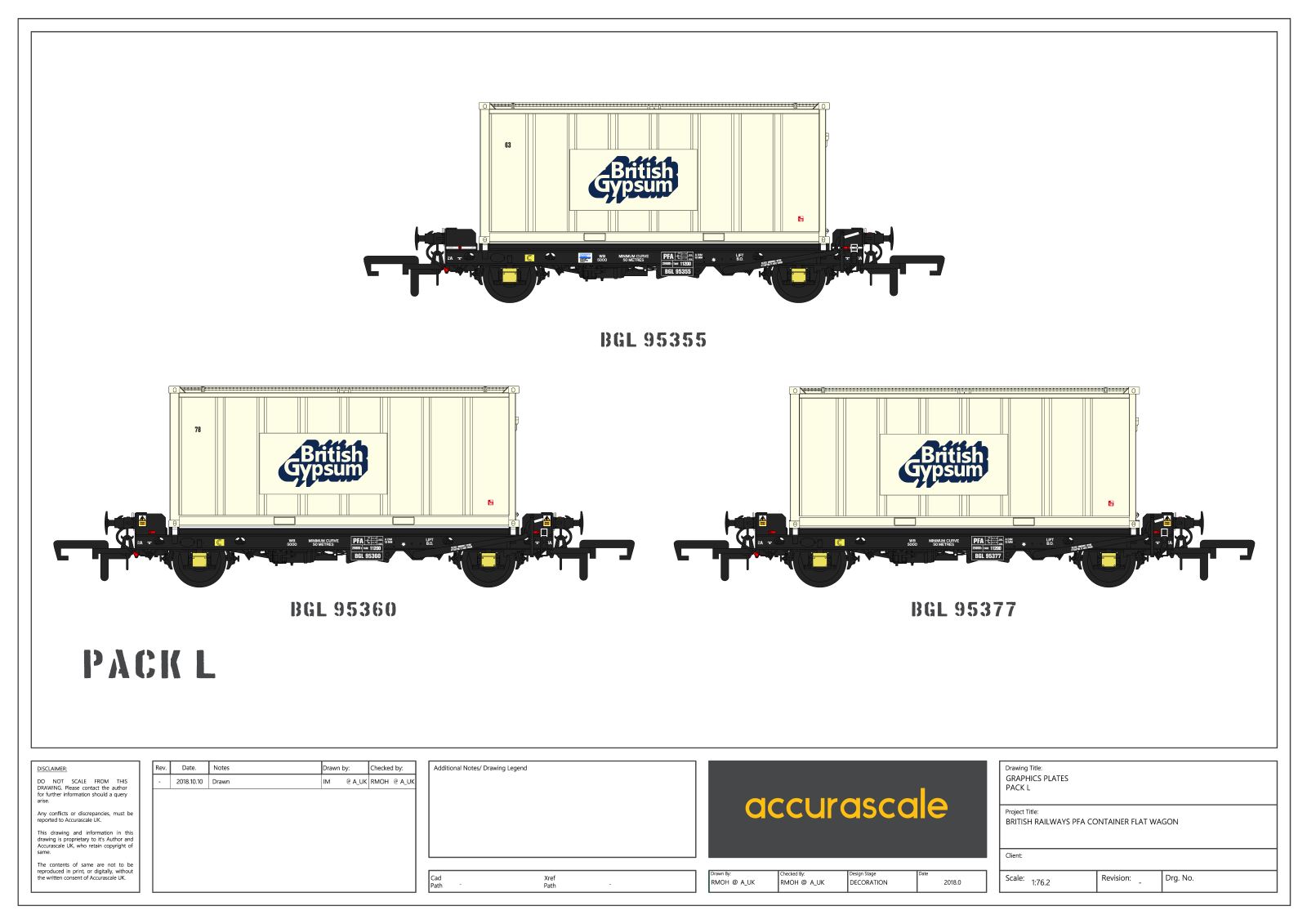 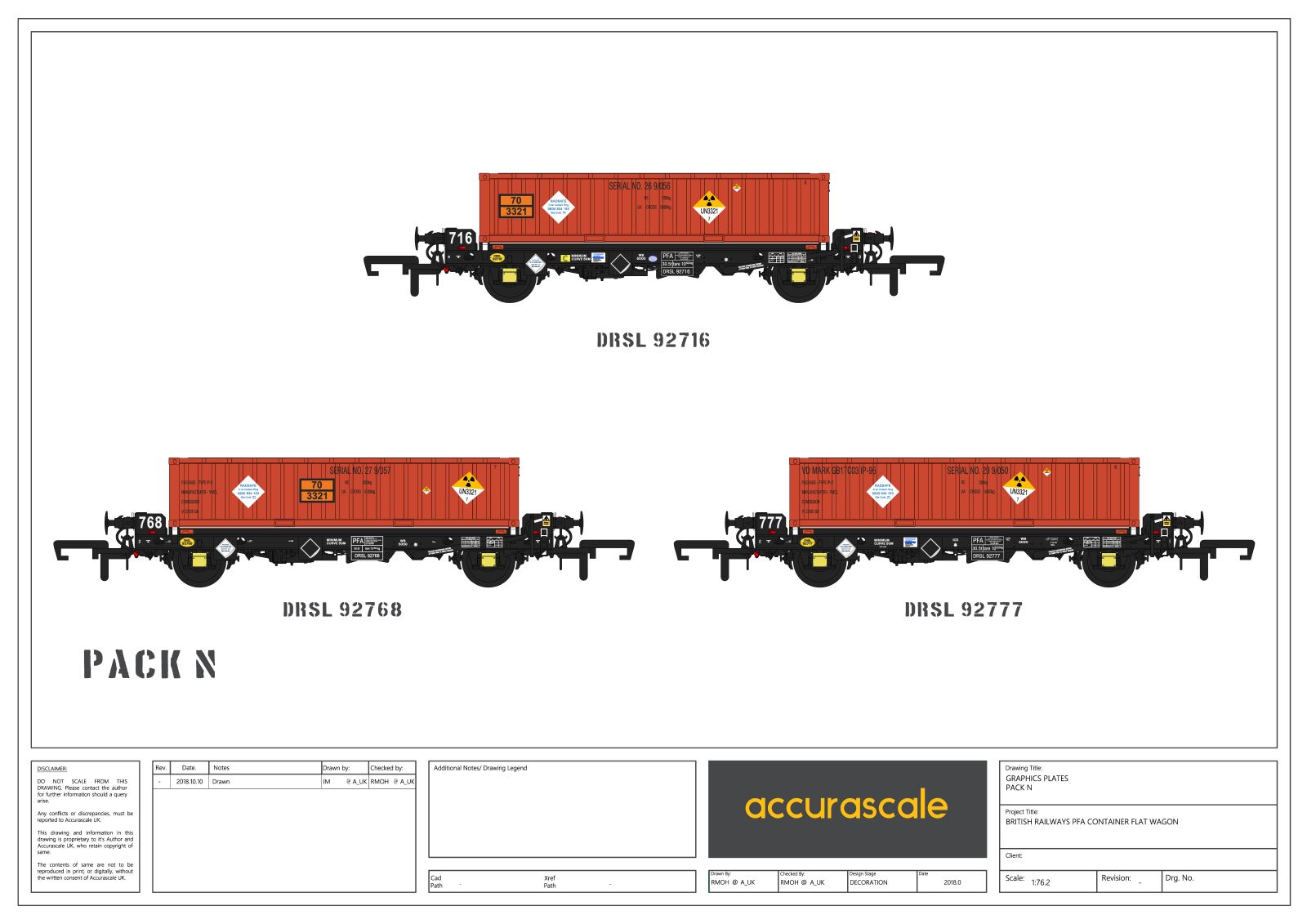 Packs are priced at £69.95 and available direct from Accurascale. Pre-ordering is now open with a delivery date of July 2019. For more information and to place an order, visit its website.