28 TUA wagons were built by Standard Wagon of Heywood in Lancashire in 1977, to the design code TU013A. With a gross weight of 51 tonnes and featuring Gloucester pedestal suspension, the wagons were built for TRL and leased by them to ICI for use on caustic soda delivery trains from their Mond works in Cheshire. The barrels were painted in ICI’s dark transport blue, with orange solebars, and prominent TRL/ICI ‘Mond Division’ lettering. 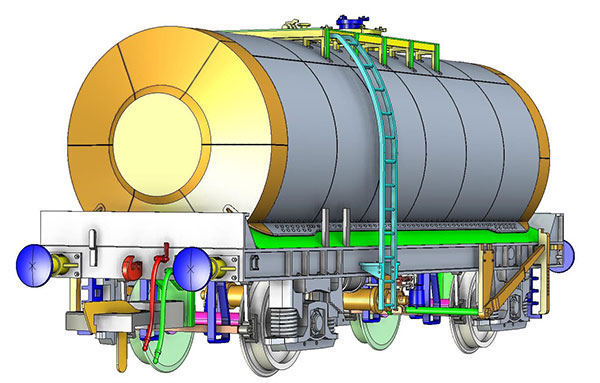 The wagons were used largely in Speedlink services to customers across Britain, with destinations including Corkickle, Haverton Hill, Dalry, Grangemouth, Purfleet, Seal Sands and Wigton.

The ICI branding was eventually painted over. Some wagons received the ATO chemicals branding on the same base colour scheme, while in 1988, 12 were repurposed for china clay slurry traffic between Burngullow and Aberdeen and given ECC blue livery. 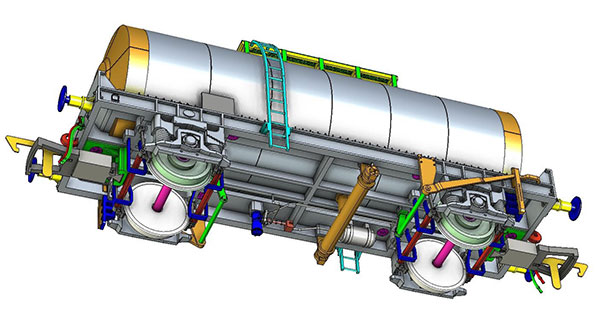 In the first run, Revolution will be offering 11 different numbers in the original ICI livery, four in the original livery but branded ATO, four in ECC ECC blue livery, and two in unbranded china clay use.

CAD work is now complete and tooling is set to begin in June.  All versions will be available exclusively from Rainbow Railways at an ‘Early Bird’ price of £35 each, rising to £40 at a later date. 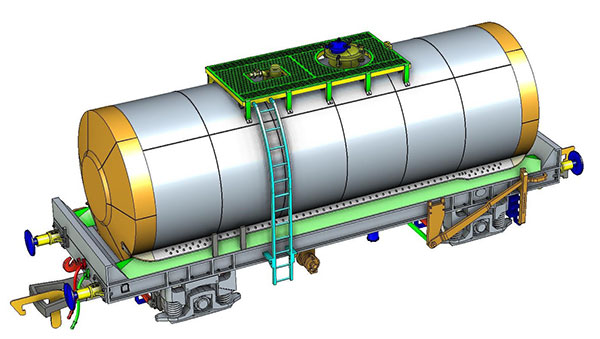