When designing Narrow Planet's first standard gauge locomotive kit, the Hibberd "Planet" last year, James Hilton had in mind the opportunity for other versions using the same basic components. The first new model is about to be released.

During James's research, he realised the biggest difference between the various prototypes was whether or not front steps were fitted, and this led to some pondering on what would need changing with the design.

It became apparent that the cab was often different on the front step variants - and so even as the first version of the kit was released at Warley last year, work had already started on other variants. The 3D core that forms the basis of the kit has been adjusted to incorporate the front step, and an additional etch is included for the different footplates and bottom step. 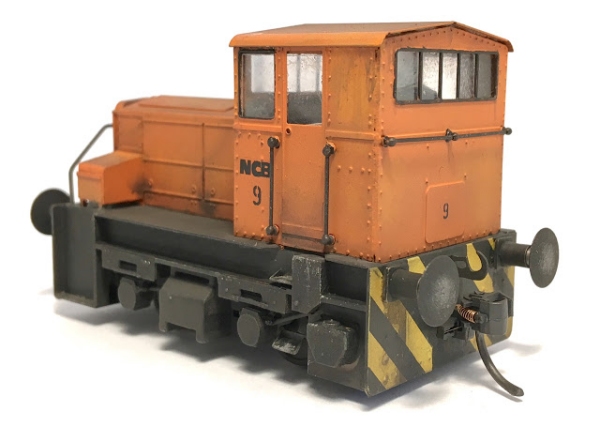 The etch also includes parts for a different cab style, with the continuous style of window. While this raises the price slightly,  modellers do get two cab options. The new etch will also be available separately.

The model shown is a prototype which will receive slight modifications before production versions are released.  This example has also been finished with Kadee couplings, to demonstrate the NEM mounts - as well as some of the Planet Industrials transfers (namely PIL-002 and PIL-004). Despite fitting Kadees it is possible to still include a coupling hook, a Smiths version being shown here.

Phil Parker will be building the earlier version of this kit in the May issue of BRM, on sale 23rd April.