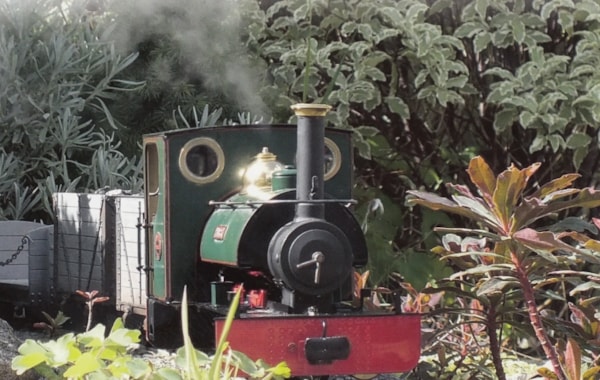 The latest in an occasional series of special publications has been produced by the Association of 16mm Narrow Gauge Modellers. “The Guide to 16mm Scale Modelling” is the latest version of what in past editions has been called the “Members Handbook”, and it provides 120 pages of inspiration for those new to 16mm modelling as well as the more experienced modeller.

From the attraction of the narrow gauge prototype to the practicalities of running real steam trains in your own garden, the Guide explores a huge range of topics, providing guidance on gauge, motive power, space, plants and even how to protect your railway assets from theft.

There are loads of photographs of both the prototype and models in action as well as articles explaining how to do various aspects of the hobby from basic surveying and landscaping to building kits and running locomotives, and the guide also looks at a range of resources available to 16mm modellers from exhibitions to the extensive network of Area Groups and the Associations vast online archive.

Originally intended to be launched at the National Garden Railway Show at the beginning of April, The Guide forms part of the membership offer to current 16mm Association members included in the membership fee (currently £19 in the UK) and has been mailed out worldwide to over 4000 members already. It is also available to Members as a digital online publication along with some 40 years of magazine back issues.

If you’re tempted by the idea of running large scale narrow gauge trains of your own, then membership of the 16mm Association is a great way to start, the membership year runs from 1st March each year to 28th February of the next. If you join between 1st March and 30th November, you receive all issues of the Association magazine “16mm Today” that have been or will be published in that membership year. If you join between 1st December and 28th February your membership will be valid until 28th February of the following membership year, and you receive all issues of 16mm Today that will be published in this period. New members also get the Guide to 16mm Scale Modelling (list price £15), and If you pay by Direct Debit, you also get a free copy of our Special Publication The History of sixteen mil and the Association (list price £10).

If this isn’t tempting enough and you just want the Guide, then it is available as a standalone hard copy purchase through Warners Publications.