A new range of figures has been released by ModelU. Each is 3D-printed in resin from scans of real people, and in this case, furniture, which are available in many scales from 2mm to 1:19 (G scale).

All the models shown are 4mm scale with prices for single figures starting at £4.50. The Autocoach figure pack starts at £21.60, but includes seven figures.

Figures are supplied straight from the printer and need printing supports removed before painting with enamel or acrylic paints. The supports can be removed easily by tugging them with a pair of tweezer..

New figures are as follows; 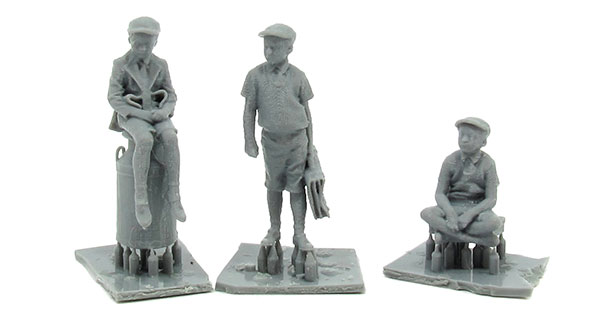 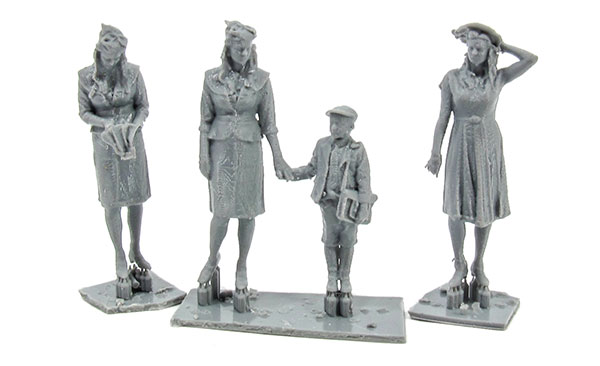 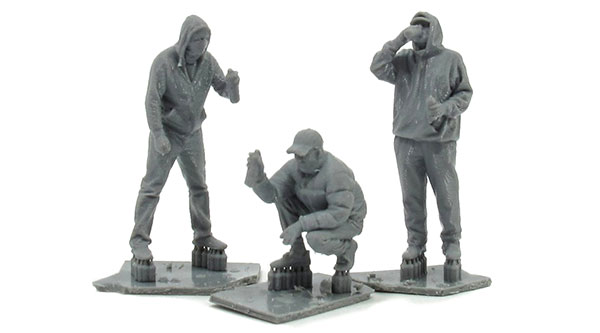