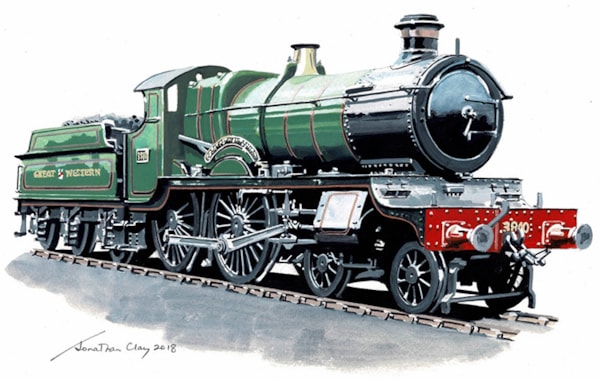 The Gloucestershire Warwickshire Steam Railway has reached ‘first refusal’ agreement with The Churchward County Trust, for a brand-new County class 4-4-0 locomotive to be based on the line.

New-build Churchward ‘County’ Class 4-4-0 No. 3840 County of Montgomery could be based on the Gloucestershire Warwickshire Steam Railway (GWSR), following the signing of a new agreement between the Churchward County Trust (CCT) which is building the new locomotive, and the railway.

The agreement, which supersedes an earlier ‘agreement in principle’ between the GWSR and the CCT, gives the railway first option to be the home of the locomotive when it is completed. This would see the locomotive based at the railway’s Toddington, Gloucestershire locomotive workshops, where it would become part of the line’s operating steam fleet.

Richard Johnson, Chairman of GWSR Plc commented, “While we clearly don’t know what our railway’s locomotive requirements will be in 10 or 15 years, which is when the new ‘County’ is likely to be available, I’m thrilled that we are being offered first choice for the locomotive’s future base.

“That we are the Trust’s railway of choice for this brand-new locomotive reflects the highly professional standards achieved by our steam locomotive department. This new-build project has captured the imagination of the heritage railway movement so this is a real honour. It will be a delightful addition to our fleet of locomotives, and a great attraction in its own right. It is something that we all look forward to, and are very grateful to the Trust for offering it to us.”

The original 40 ‘County’ Class 4-4-0 express locomotives were introduced by the Great Western Railway’s chief mechanical engineer G J Churchward in 1904 to modern, standard design principles that were applied to most new locomotive classes built at the GWR’s Swindon works. However, the ‘Counties’ had relatively short lives, and were withdrawn by 1933, being superseded by more powerful 4-6-0 classes.

The locomotives had a particular association with the Stratford-upon-Avon to Cheltenham route, over 14 miles of which the GWSR today operates (between Broadway and Cheltenham). They were used to haul Wolverhampton-Penzance express services, thanks to a weight restriction over Stonehouse viaduct that at the time, precluded the use of larger engines (the viaduct was subsequently strengthened).

Gary Boyd-Hope, chairman of the Churchward County Trust said, “I’m both thrilled and grateful that we have been able to turn our previous ‘agreement in principle’ with the GWSR into something more formal. The line will – hopefully – make the perfect home for County of Montgomery, as not only is the route an historically appropriate one for the ‘County’ class, but the GWSR today remains a stronghold for beautifully-restored and maintained Swindon-built locomotives. No. 3840 would therefore be in good company and safe hands. 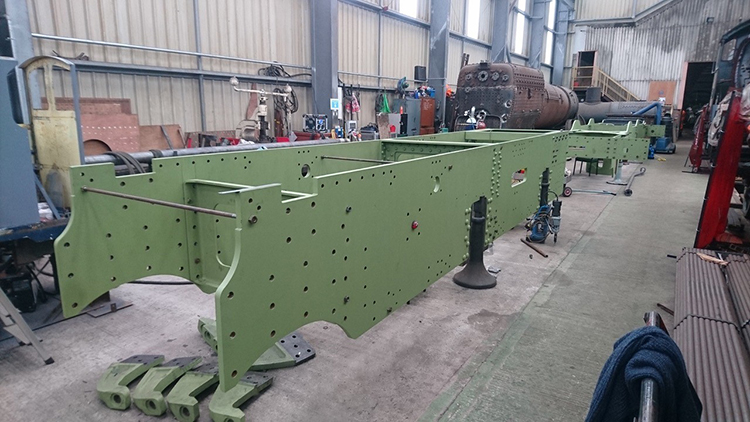 “This will be the 41st member of the class to be built. It’s being constructed at Tyseley Locomotive Works where the main frames are now being erected. Meanwhile, we have a standard Swindon No. 4 boiler of the type used by the class set aside at Didcot Railway Centre, courtesy of the Great Western Society, and we have recently placed the orders for the casting of new cylinders and coupled wheels. Real progress is being made, but of course there is a huge amount of work still to do.

“As with all such complex and costly projects timescales are difficult to predict, but if in time the GWSR takes up this ‘first option’ offer, I hope that we will be able to see County of Montgomery proudly steaming out of Toddington station with its first train in time to mark 100 years since the last of the original class was withdrawn, in 2033.”

For more information on the new-build locomotive, visit the Churchward County Trust website.