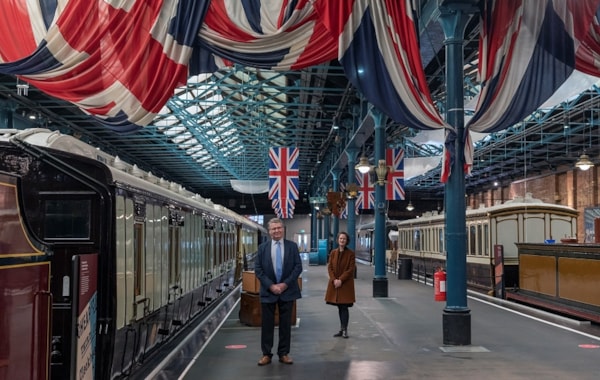 A £500,000 refurbishment of York’s Grade II-listed Station Hall has been announced.

The charity organisation which supports the work of the museum, has raised £300,000 from members to develop and refresh Station Hall’s permanent exhibition, which is housed inside the historic, Grade II-listed building.

A working depot until the 1970s, Station Hall is home to six royal carriages, including one of the museums most popular attractions - Queen Victoria’s original 1869 saloon.

The project will redisplay the carriages into complete royal trains matched with period locomotives. A new addition to the hall will be class 47 locomotive, Prince William, one of a select number of locomotives to have hauled the current royal train.

Due to start in Spring 2021, the exhibition refresh will see an estimated 200 new collection items and 25 rail vehicles go on display. Work is scheduled to be complete by 2022, subject to wider Vision 2025 and York Central activity.

Alongside the new display, the Science Museum Group will also provide £200,000 to complete physical improvements to Station Hall’s roof and walls.

Charlotte Kingston, Head of Interpretation and Design, said: “I am hugely grateful to the Friends of the National Railway Museum who have enabled us to create an exciting permanent exhibition which will inform and inspire future generations. “Station Hall is very popular with our visitors and our changes will be impactful but sympathetic, using new collection items and railway stories to bring the railways to life, while retaining the character of the original building.”

Philip Benham, chairman of the Friends of the National Railway Museum, said: “I am delighted that the Friends are the principal funder of this important project. Over the years we have contributed more than £1.5m towards some 60 museum projects, but this is one of the most significant yet.

“Stations are where passengers first meet the railway, and the scene for many individual encounters and dramas. The Friends are excited to have this opportunity to help the museum tell their important story anew, together with the equally vital stories of the men and women who worked at stations, or simply passed through them.”

The Station Hall project will provide a greater focus on the roles of railway workers and passengers and underrepresented stories from railway history. These will include women’s experiences of working for the railways and the first black railway workers from the Windrush generation who helped shape Britain’s post-war railway. It will also reveal stories around the building itself and the movement of goods around the city and beyond.

A significant new object to go on display in the Hall will be an original wooden WH Smith kiosk which would have stood on the platform of Waterloo Station. The kiosk is currently in the conservation workshop with extensive refurbishment needed before it can go on public display. 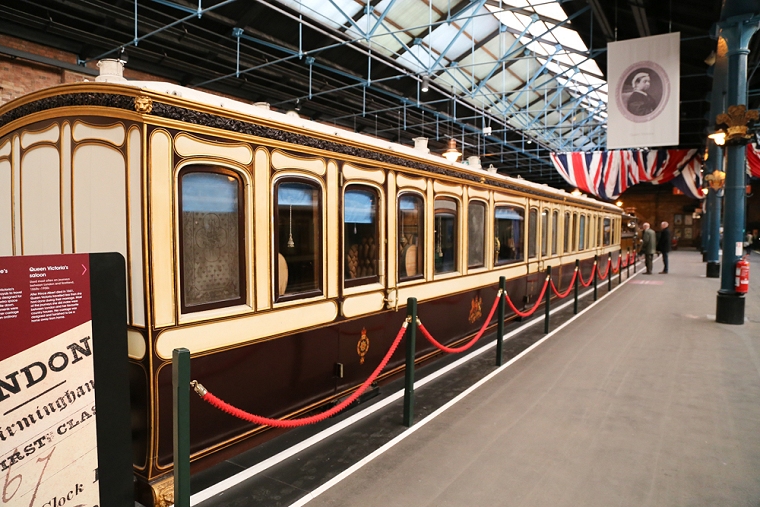 The project will also feature greater use of film and sound, with new installations drawing on the museum’s rich archive, such as the pioneering sound recordings of Peter Handford and, another project also funded by the Friends, the museum’s National Archive of Railway Oral History (NAROH).

Established in 1977, the Friends of the National Railway Museum is a charity, with around 1850 members, that supports the museum helping fund the restoration of railway exhibits and artefacts that would otherwise not be possible, including most famously, the restoration of Flying Scotsman which returned to the rails in 2016.

Station Hall is a popular venue for corporate dinners, award ceremonies and even weddings. In 2019 more than 60 events took place in the hall with over 10,000 guests attending. The new plans for Station Hall will retain an event space and refurbished café.

Built in 1877, Station Hall is one of a collection of original railway buildings that make up the National Railway Museum’s estate. This includes Great Hall, which was originally an engine shed, a goods weighbridge and office which is now home to the Friends of the National Railway Museum, and a collection of original stables which are undergoing a separate refurbishment.

The Station Hall project will take place alongside the museum’s £55.3m, Vision 2025 masterplan which will see the comprehensive regeneration of the National Railway Museum and surrounding area.

For more information on the latest plans for Station Hall and Vision 2025, visit the National Railway Museum website www.railwaymuseum.org.uk/2025.