Marking the centenary of the Unknown Warrior November 11, 2020 sees the centenary of the commemoration of the Unknown Warrior.

During the Great War, the majority of British and Allied troops were buried close to where they fell in the fields of Europe. It was acknowledged that many of their families and the nation would never get to visit their gravesides.

An Army chaplain saw a solitary wooden cross near the battlefield inscribed ‘An Unknown British Soldier’ and campaigned through the church and on to government that the unknown be recognised. A committee was formed to select a body and prepare the service at Westminster Abbey. Four bodies were selected from different battlefields and the coffins, draped with the Union Flag, placed alongside each other – one was chosen by an officer. The coffin began its journey from Arras to Boulogne, then across the English Channel aboard HMS Verdun, escorted by six battleships, to return home.

At Dover the coffin was placed, in an elevated position, in South Eastern and Chatham Railway General Utility Van No. 132 with guards and transported to Victoria Station where it remained overnight on November 10.

On the morning of 1920 November 11, the casket was placed onto a gun carriage and drawn by six horses through silent crowds lining Hyde Park Corner, The Mall, and to Whitehall where the Cenotaph was unveiled for the first time by King George V. The cortège was then followed by The King, the Royal Family and ministers of state to Westminster Abbey for the service. Amongst the congregation were one hundred women selected from applications, each of whom had lost a husband or son in the war. 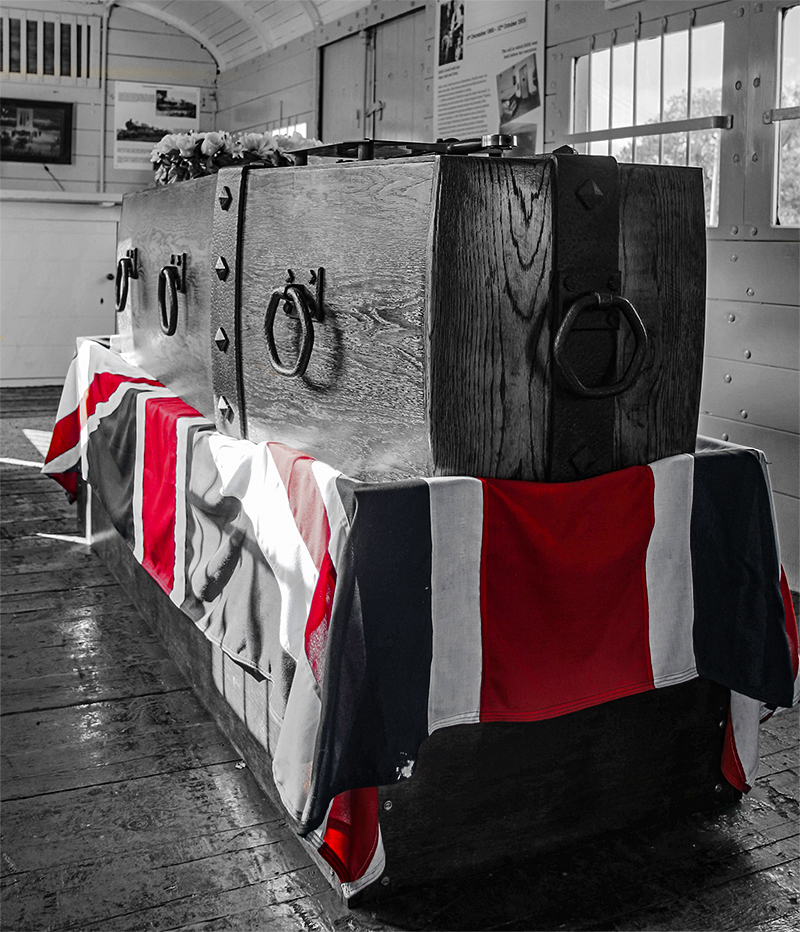 After burial of the coffin in the West nave, the grave was capped with black Belgian marble to signify the battlefields and engraved with an infill of brass from melted down munitions with the words:

Beneath this stone rests the body
Of a British warrior
Unknown by name or rank
Brought from France to lie among
The most illustrious of the land
And buried here on Armistice Day
11 Nov: 1920, in the presence of
His Majesty King George V
His Ministers of State
The Chiefs of his forces
And a vast concourse of the nation
Thus are commemorated the many
Multitudes who during the Great
War of 1914 – 1918 gave the most that
Man can give life itself
For God
For King and country
For loved ones home and empire
For the sacred cause of justice and
The freedom of the world
They buried him among the kings because he
Had done good toward God and toward
His house 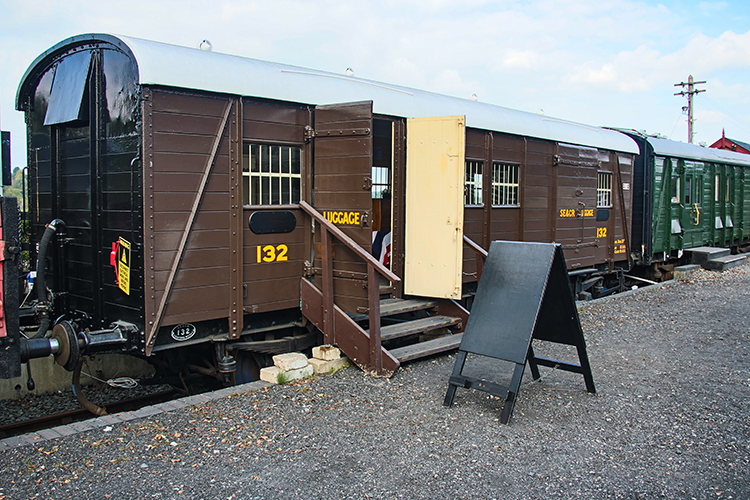 Preserved for its historical significance, ex-SE&CR 32ft No. 132 once bore the bodies of nurse Edith Cavell and the naval officer Charles Fryatt. Following a £35,000 appeal, the van now rests at Bodiam station on the Kent and East Sussex Railway.