Despite more covid restrictions being implemented halfway through, over 16200 visitors made it to the debut of Britain’s Biggest Model Railway - also known as Heaton Lodge Junction, in Wakefield from the 4th - 19th December.

The run-up to the event attracted widespread mainstream media attention including Channel 5 who both before and during the exhibition were filming for a ‘fly on the wall’ documentary to be aired in the spring.

Creator of BBMR Simon George commented, ‘It’s always been a passion of mine to attract more newcomers of all ages into the hobby, so it was great to see lots of families in attendance, especially over each of the three weekends. I’m pretty sure Rails of Sheffield did a cracking trade in train sets and my thanks also go to Peco plus sponsors Heljan for their support. It was pretty nerve-wracking but good fun in the end to have both Channel 5 and ARD German television following our every move!’ 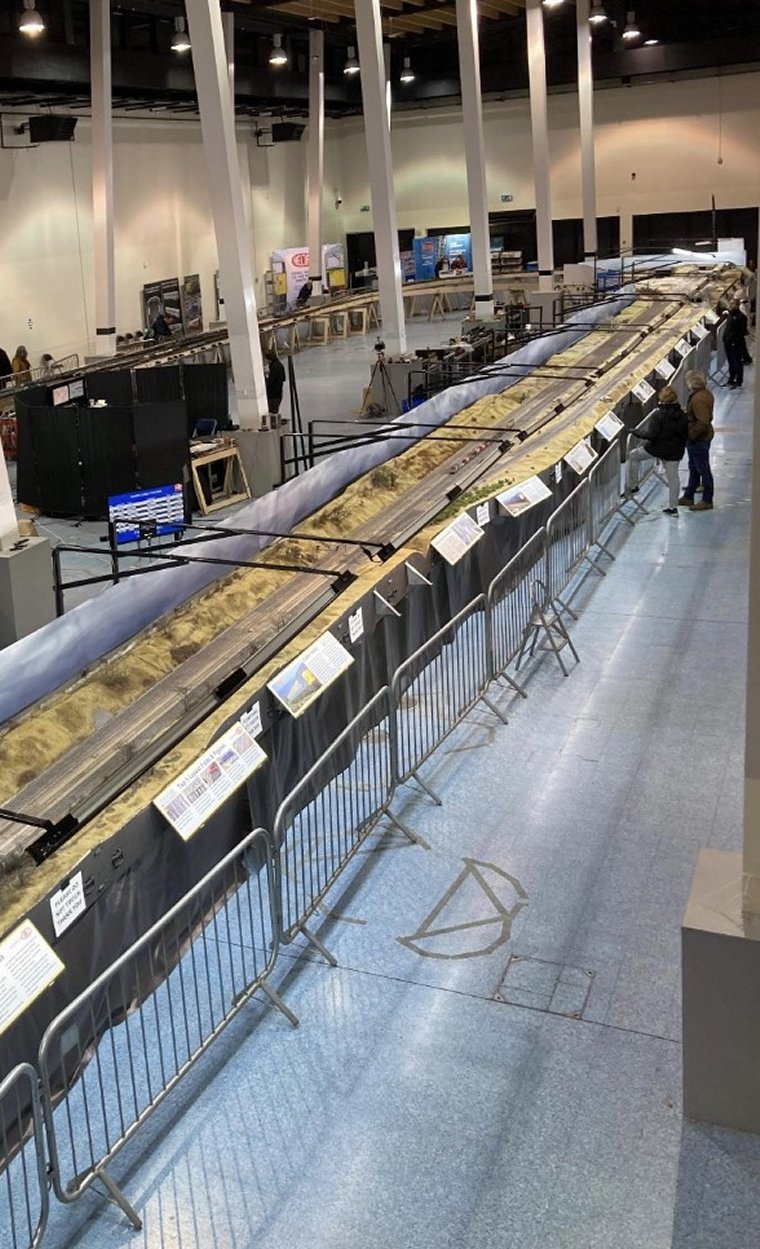 Simon George continues ‘Despite a heavy snowfall on the first morning causing chaos with the articulated trucks shifting the layout plus a slow start numbers wise, the event quickly gained momentum to the point where we had to briefly close the doors on the second Saturday.

I’ll now be proceeding with plans for a much larger event at a larger venue in the southwest during the second quarter of 2022.
This will include not just Heaton Lodge Junction but a big number of multi scale layouts, and of course both the trade and manufacturers’.