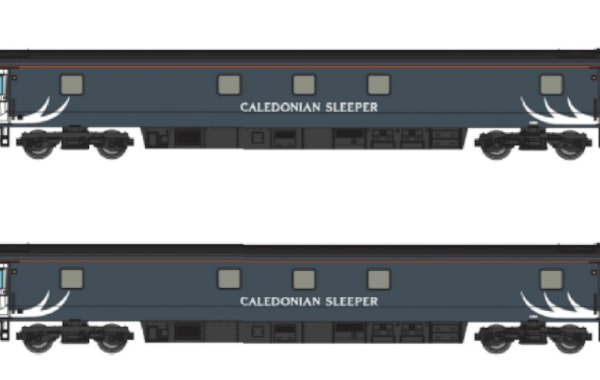 KMS Railtech has announced they have commissioned Dapol to produce 4 exclusive Twin Packs of Caledonian Sleeper Mk3 coaches in N gauge. These are being produced alongside Dapol’s main run of MK3 sleepers due in September 2020.

The 4 Twin Packs being produced are as follows:

The Caledonian Sleeper service runs the full length of the country and will, therefore, be at home on nearly any modern layout. The service is noted as being the UK’s longest passenger train, and now, along with Dapol’s own “Swoosh” liveried sleeper, modellers can now make up realistic sleeper rakes from the post-privatisation era.

KMS are accepting pre-orders via www.kmsrailtech.co.uk with a dynamic deposit system where the customer can pay anything from 10% to the full price of the model. The balance will be due just before the model arrives.

Each Twin Pack is priced at £58, and are due with the rest of the Dapol MK3 Sleepers.