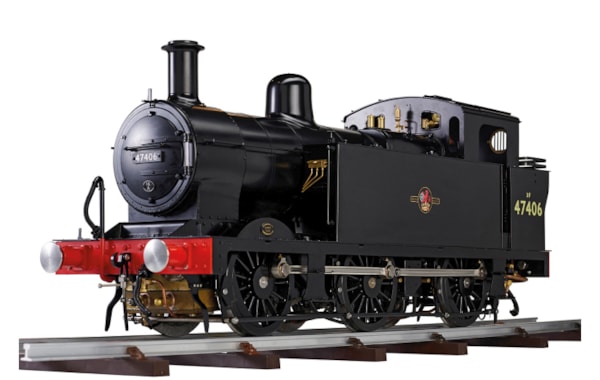 Weighing 44kg and at 33in in length, the latest locomotive to join the manufacturer's offerings represents the ever-popular six-coupled tank locomotive of Fowler design.

Following requests from many of its customers, Kingscale, manufacturer of ready-to-run live steam locomotives has introduced a 5in gauge LMS 'Jinty' to its range of models.

The coal-fired model of 0-6-0 wheel arrangement is said to be "a powerful locomotive capable of pulling a number of adults". Its ability to negotiate tight curves makes it an ideal candidate for smaller garden railways, too. Delivered ready-to-run and painted in either LMS or BR liveries, each model is complete with a silver-soldered copper boiler, hydraulically tested to twice working pressure. Boilers are said to comply with the latest regulations, being appropriately marked and certificated.

Kingscale has highlighted the locomotive's compact size makes it ideal to display, transport and drive. It is offering a two-year warranty on models which feature stainless steel motion and an etched-brass body with rivet detail. Watch a video of the model in action, here:

Between 1924 and 1931, 425 of Sir Henry Fowler's 0-6-0 locomotives were manufactured, most being allocated to shunting and station pilot duties, however, they also undertook occasional branch line work. 'Jinties' were often used for banking duties, with up to three at a time seen assisting express passenger trains up the Lickey Incline on the Bristol-Birmingham line near Bromsgrove. 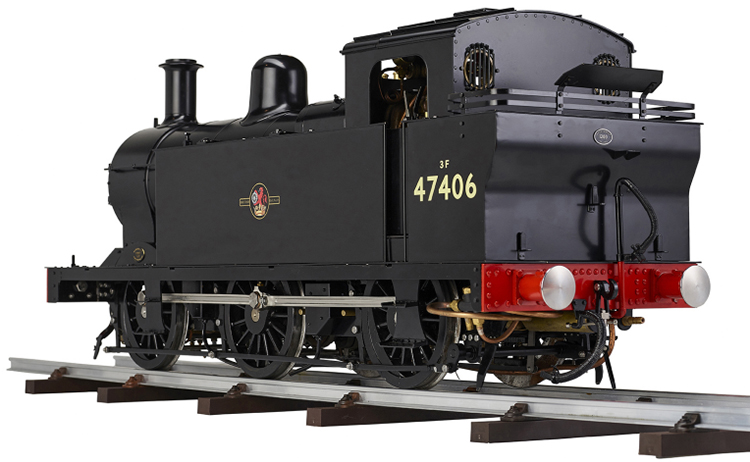 An evolution on the earlier designs by S&W. Johnson for the London, Midland and Scottish Railway, some of the locomotives were loaned to the War Department in WWII, providing welcome logistical support to the allied war effort. A majority of locomotives enjoyed long service with the final example being withdrawn in 1967.

Full details, including current pricing and availability can be found on the Kingscale website.