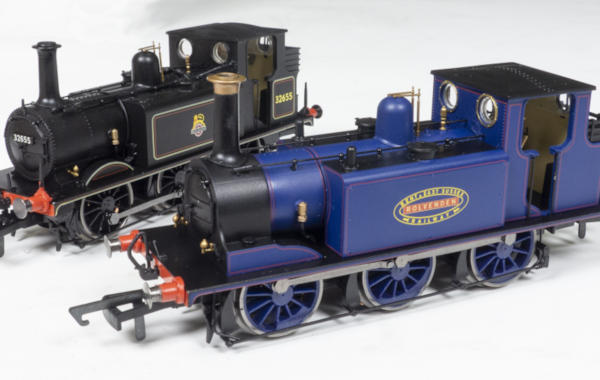 A new model, symbolic with a turning point in Hornby's direction, but does it match the TV hype? Howard Smith finds out...

Hornby is fighting back. If its efforts to fend off competition from entering its chartered waters could be summarised with the release of a model, its 0-6-0 ‘Terrier’ Class locomotive is surely it. Some locomotives are popular sellers, and if you've been watching James May’s Big Problem in Model Britain on BBC Four, you’ll have discovered the history of this staple in the Hornby model railway catalogue. For those of you who haven’t, you can still watch the two episodes on iPlayer – recommended viewing, if slightly cheesy in parts.

Based on Stroudley’s Class A1 ‘terrier’ tank locomotive of 1872 and redeveloped by Marsh in 1911 to form the A1X Class, 50 of these versatile workhorses were built to handle suburban and branch line passenger locomotives for shunting duties. Several were sold to other railway companies and some found their way into industry, too. Such was their usefulness, that despite its age, the last locomotive withdrawn was in 1963 and they have remained a favourite with enthusiasts since.

Hornby and its association with the ‘Terrier’ began in 1996, when it bought tooling for the model from Dapol, originally conceived in 1989. The first re-release of the model under the Hornby name came in 1998 and remained in the main range, later cascading into the Railroad range as its dated-looks and lack of detail became more apparent.

Its previous iteration was a popular seller, with at least 25 variants being produced, some in limited edition runs for the Hornby Collectors Club such as No. 54 Waddon (R2177) in LBSCR orange/yellow, 1000 of which were made in the year 2000, or No. 44 Fulham in 2006, 1200 of which were produced. For many years, the diminutive ‘Terrier’ remained a part of the Hornby range – its tooling proved value for money, good times for its balance sheet.

Alas, nothing can be produced forever and realising this, Hornby put plans in place to re-launch the model a few years ago, but strapped for cash and with a change of management, it fell by the wayside. Fast-forward to March of last year, and seeing an opportunity in the marketplace, Rails of Sheffield announced a new OO gauge Stroudley A1/A1X ‘Terrier’, in partnership with the National Railway Museum and Dapol. A surprise to Hornby returnee Simon Kohler, who, with the backing of a revitalised team at Sandwich (and now Margate) sought to prevent its previous plans going to waste - the loss of an evergreen product at a critical time for the manufacturer couldn’t be lost. The race was on!

Hornby’s Terrier has arrived first, but only just – the Rails/NRM/Dapol version is expected very shortly, so rather than a comparative test, I’m going to highlight six observations its models of K&ESR Rolvenden (R3781) and No. 32655 in BR black with early crest (R3767). Read the full review in the May issue of BRM, on-sale April 25. 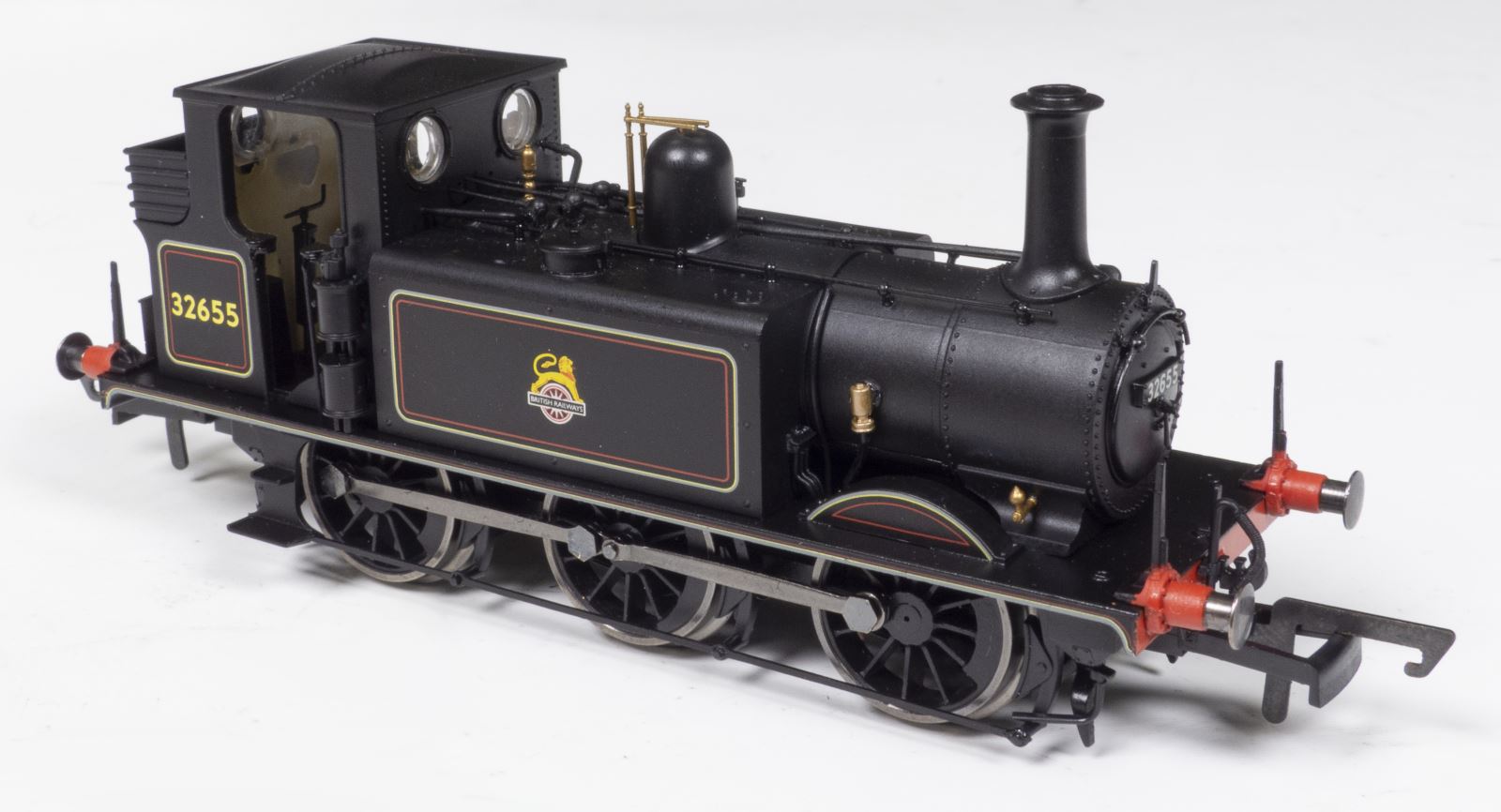 1 Both versions differ where liveries are concerned – obviously – but in their details too. Take the raised front and rear lamp bracket details of No. 32655 for instance, a feature not shared with the earlier K&ESR variant. Rear bunker, brake block, front splashers, lubricators, sandboxes and boilers are different too, the BR black-liveried locomotive having the later boiler. Such observations are now expected of manufacturers to cater for the more discerning railway modelling enthusiasts. Full marks to Hornby’s researchers for their efforts.

Despite its complexity, chassis design is sturdy and withstands handling. Phosphor-bronze wiper pickups are discreet and effective.

2 Fit and finish - it’s important, particularly when you’re producing a model to coincide with the launch of a competitor. Hornby’s factory has done well in producing the models, though niggles are present, luckily none of which can’t be overcome. I could only find three and trust me, I was trying hard. The body of K&ESR Rolvenden isn’t seated correctly on its chassis, with a 1mm gap along its right-hand side. It has given the locomotive a lean to the left. Whether it’s an isolated issue or not, it can be easily corrected by removal of a small tab located on the underside of the chassis with a needle file. The application of both liveries is to a high standard. The BR early crest has enough punch on the black livery to be completely opaque. The same applies to chassis lining and cabside numbering. 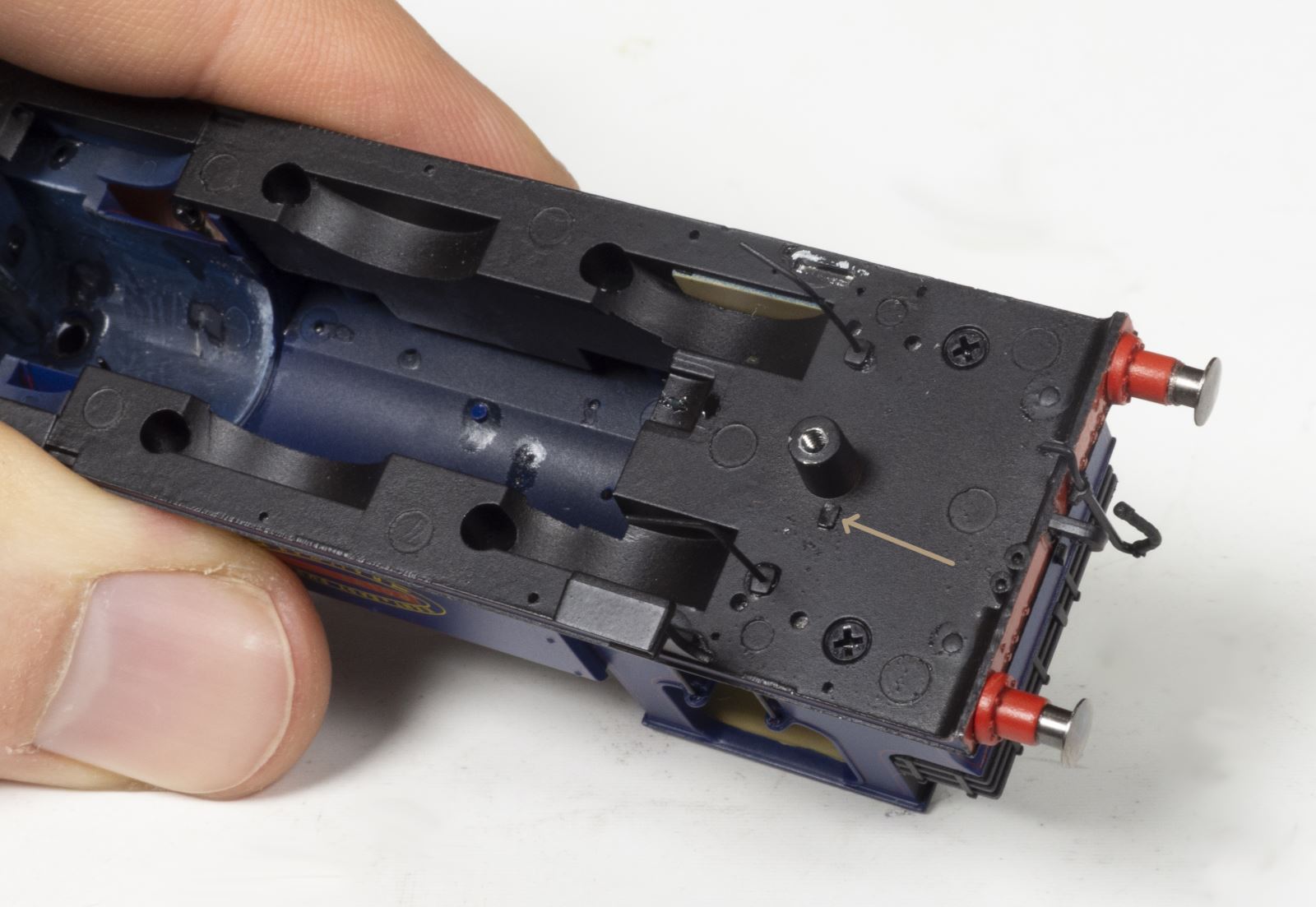 The unusual chassis tab which prevents the chassis from sitting flush. A little filing will soon remove it.

3 The quality of parts fitted to the models is exceptionally good. Tooling has been designed to minimise flash on parts and unwanted mould lines and very good it is too. Such lines often become more apparent with smaller components, but here there’s little evidence of that, even on the minute safety valves, whistle and cab interior components such as the regulator and reverser. 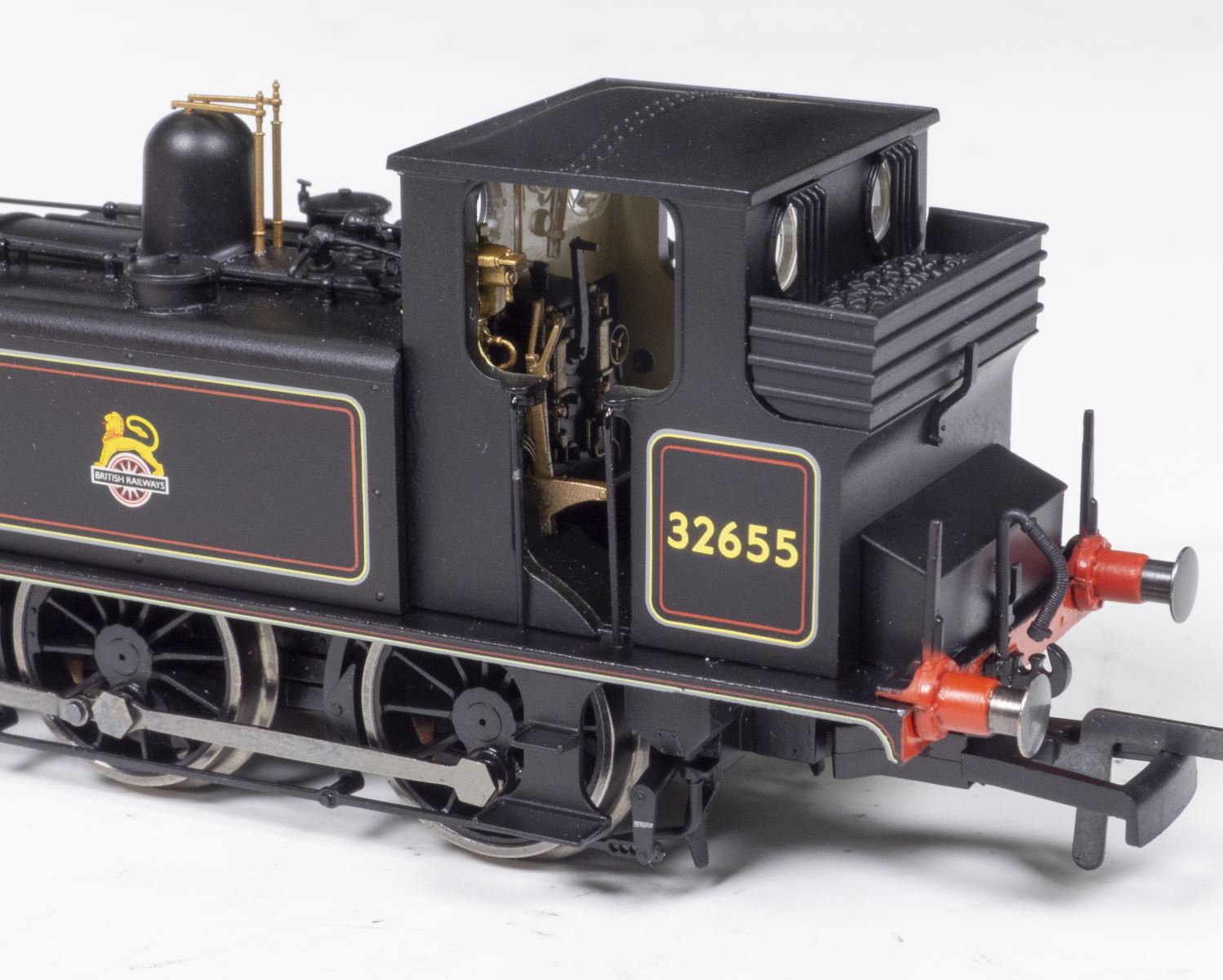 Livery application is to a high standard - a little overspray can be forgiven on the very intricate buffers of the model.

4 The motor gearbox design is smart. It’s not exposed to the elements, but enclosed within a casing, leaving only the driven gear on the rearmost axle visible, from the underside only. Plus points – reduced noise when running, particularly with the piece of foam between the rear of the motor and casing, a reduced likelihood of debris and dust entering the mechanism (especially if you’re over-enthusiastic with your airbrush and weathering powders) and thus, reduced maintenance with oil. Speaking of which, the model chassis isn’t covered in it – take note competitors.

5 Both cab bunkers lean to the rear a little, not so much as to be overly obvious, but because I really am struggling to find things to find wrong! The tolerances are very tight though, and I suspect the small discrepancy might be down to the coal load – hardly the end of the world. More discerning modellers could remove the part and replace it with real coal.

6 On test the locomotive performs well. Delivery of power from the motor is smooth and those of you with second radius curves will like how it laps them with ease. Pickups are carefully positioned, being hidden from view from all angles, too.

The initial verdict? This new model is exceptional by design and execution. The Hornby team involved on the project should be proud of their work – I’m keeping my fingers crossed that its new ‘Terrier’ will follow tradition and stay for many more years to come. Read the full review in the May 2019 issue of BRM, on-sale April 25, or download it from www.pocketmags.com/BRM.