The latest monthly update from the manufacturer sees images emerge of an operational sample for its forthcoming APT-P, Thompson A2/2 and A2/3 'Pacifics', and LMS Coronation Scot coaches for OO gauge.

Hornby has received an unpainted running sample of its APT-P model for OO gauge. Announced as part of its 2020 range, a key trait of this model is its tilting bogie design, designed to mimic the prototype which permitted the body of the train to lean into bends. The manufacturer shared images of this running sample in an update on its Engine Shed blog. 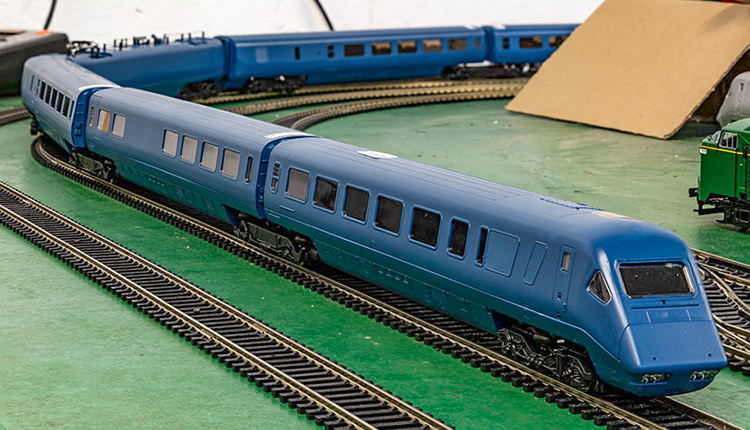 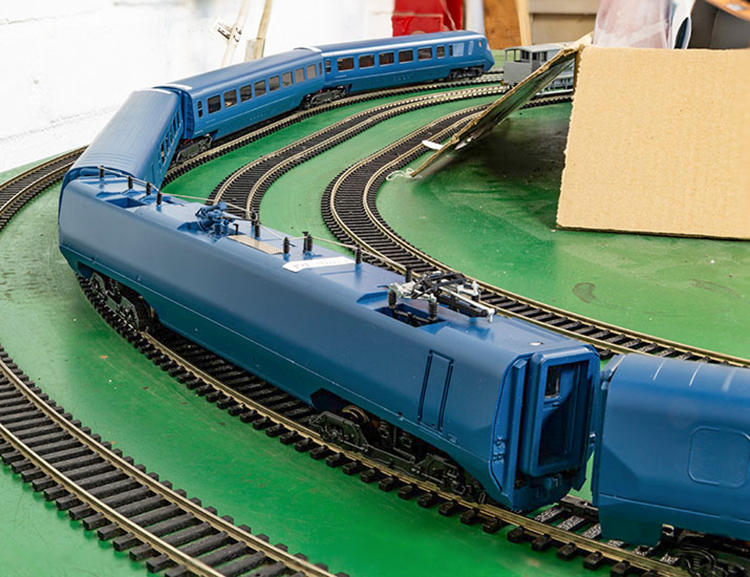 Speaking about the tilting mechanism, Hornby commented, "Naturally, our model needs to replicate this feature and a running sample allows us to judge how well the tilting mechanism works around corners as well as checking the unit can handle track features such as points smoothly."

Hornby's development of the model will allow modellers to complete a full APT-P rake, including the development coach. Models are being made available as a five-car pack (R3873) and seven-car pack (R3874), with options to expand each with coach packs.

Meanwhile, progress has been shared on its Thompson A2/2 and A2/3 'Pacifics', with livery samples of these received at Margate and under evaluation. 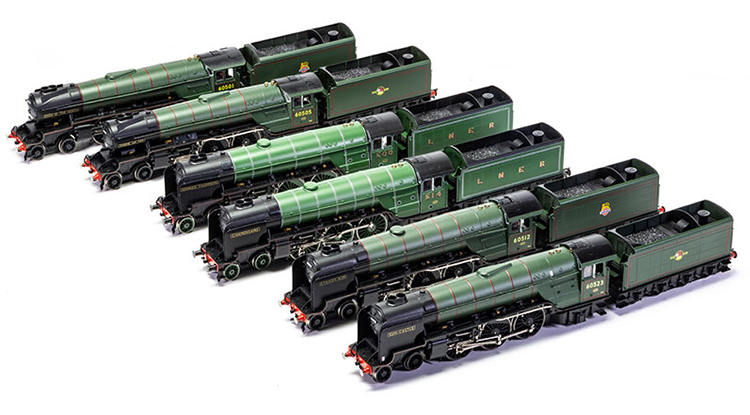 Hornby displayed 3D computer renders of these locomotives mid-August. Its project has since moved to the point of decorated running samples which are providing the manufacturer with feedback on performance and handling characteristics. Delivery of these is expected this winter.

Hornby said, "compared to other locomotives, they appear quite imposing and the placement of the cylinders further back [...] is another point of interest. There is still plenty of work to be done on these models, mostly to do with production tolerances and extra fitted details, but when ready these models will make a magnificent addition to the range of 'Pacifics' Hornby offer."

Other livery samples shared with the public include artwork applied to its newly-tooled Class 91 to depict 91111 For the fallen and its LMS Coronation Scot coaches in blue with silver stripes.

Expected to arrive in Spring 2021, (R3892) 91111 For the fallen in Virgin Trains East Coast livery with vinyl overlays in memory of those lost during WWI.

One of a selection of samples of its forthcoming LMS Stanier coaches arriving in Coronation Scot livery, this one being a 1981 57ft RTO, 8961 (R4965). An ideal pairing for its recently released streamlined Princess Coronation locomotives No. 6220 (R3857) or No. 6224 (R3715) in Caledonian blue.

For more details on the above models, including pricing and availability, visit the Hornby website.