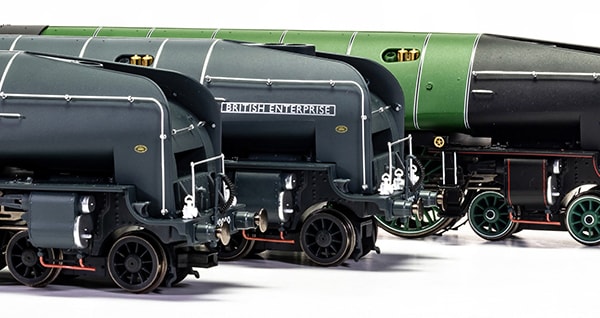 Revealed to the public via its Engine Shed blog, Hornby has shared progress on these two highly-anticipated models.

Hornby has shared photographs of pre-production decorated samples of its Mk. 1 RB coaches and LNER W1 'hush hush' locomotive. Both announced in its 2020 catalogue, the Mk. 1 RBs are expected to arrive later this year, with the W1s in late-2020 or early-2021. 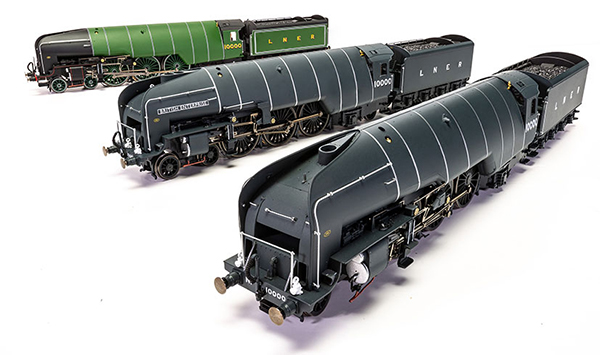 An impressive line-up of the locomotive in all three guises (from back to front) (R3842) LNER promotional apple green, (R3841) British Enterprise, and (R3840) unnamed in battleship grey. 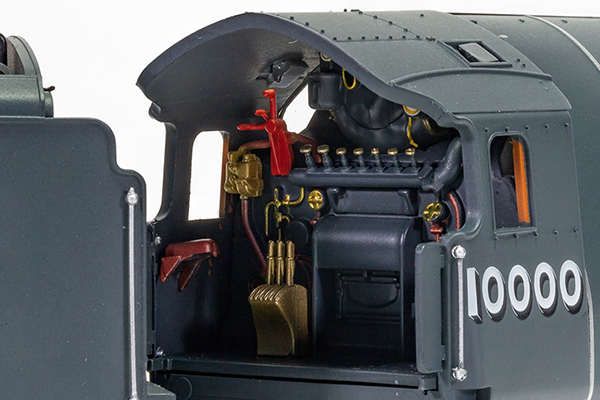 Cab interior detail is brought to life with these decorated samples. Note how the control valves for the boiler differ from a standard fire-tube type boiler.

The manufacturer is keen to receive customer feedback and welcomes their thoughts on the models, leaving the images to speak for themselves on its website. From what we've seen of the images, the locomotive in all guises promises to stand out on any layout with its presence and we'll look forward to reviewing the models in a few months.

In other news, the impressive line-up for Hornby's Mk. 1 buffet coaches caters for modellers of the late-1950s to early-1990s (and beyond, with their use in charter work). The manufacturer is producing eight variants in this initial batch covering BR crimson, BR(S) green, BR blue/grey and BR Intercity:

The manufacturer has changed one of the coaches shown in the catalogue in BR Southern green, which is now numbered S1765.

For more information on Hornby's W1 'hush hush' and its Mk. 1 RB coaches, see your local stockist, or visit the Hornby website.

These models look up to the same standard as other recent releases - and I suspect that they will be equally as expensive! But will it be possible to obtain spare parts for these when the valvegear fails or other parts wear out - like other Hornby models, I wonder. Where is the EU in all this? I thought manufacturers were legally obligated to carry spare parts for their products for 10 years after a particular product line was ended! Until such time as Hornby get their act together and provide a proper spares backup for their rather expensive products, I shall not purchase anything Hornby - no matter how pretty or desirable it is. With regret, Roy Chivers - Mech Eng.