The manufacturer shares details of two new items for its Hornby International range, of interest to US-outline modellers.

Hornby Hobbies has shared details of a modification to its 1:87 scale (HO) Union Pacific Challenger 4-8-8-4, and an Amtrak Acela Express aimed at a younger audience, joining its International range for 2022.

Introduced to its new catalogue dedicated to its International railway brand products, both new models are dedicated to the North American market, though equally of interest to some European customers.

In 2019, Hornby released, under its Rivarossi brand, the Union Pacific steam locomotive 4014, of the Class known universally as 'Big Boy'. A new Heritage Edition model for 2022 will see a new fuel tender, modified firebox and new radio antennas, among other modifications join its range.

Also joining its catalogue are U25C diesel locomotives in Northern Pacific and Burlington Northern livery, both produced with different running numbers to previously-released batches. Locomotives are accompained by a range of boxcars in different liveries and with new running numbers. 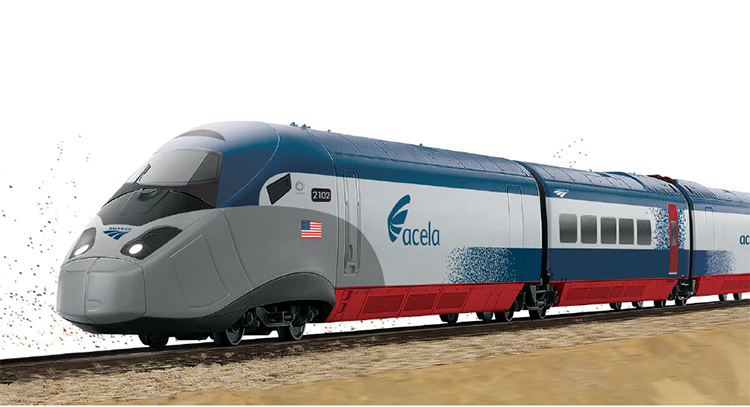 Aimed at a younger audience, but equally of interest to older North American rail enthusiasts, is its new Acela Express by Amtrak. Models are to be available in battery-powered and conventional two-rail form.

Tim Mulhall, Chief Operating Officer for Hornby Hobbies explained, “Rivarossi has a long history of producing steam-era models for the American market, while Hornby train sets have become increasingly common over the last few years. I’m delighted with the strength of the ranges and the early customer interest in them.”

For more information on these new products, current pricing and availability, visit the Rivarossi website.