A limited number of the manufacturer's forthcoming English Electric Type 3 in its heavy-weight guise is to be produced in conjunction with the heritage group.

The Heavy Tractor Group and Accurascale have revealed a limited-edition model of 37714. The 504 models to be produced will represent the locomotive in its Metals Sector livery from the 1990s, with delivery expected in 2023. The announcement comes on the 60th anniversary of the locomotive entering BR traffic on August 20, 1961.

Rebuilt as part of the Heavy General Repair program in the late 1980s as a heavy-weight locomotive from 37024, 37714 saw service with all the Railfreight sectors. After privatisation, it was transferred to EWS, before being sent to Spain as part of the EWS pool building a high-speed AVE line. On repatriation the locomotive was acquired by Direct Rail Services and saw use at the Daventry Rail Terminal as a ‘Super Shunter’. Following a locomotive review, 37714 was placed into store at Barrow Hill, before being placed under the care of the Heavy Tractor Group on a loan basis. In 2017, 37714 was purchased from DRS by the Heavy Tractor Group and today is based at the Great Central Railway in Leicestershire, carrying the name Cardiff Canton. 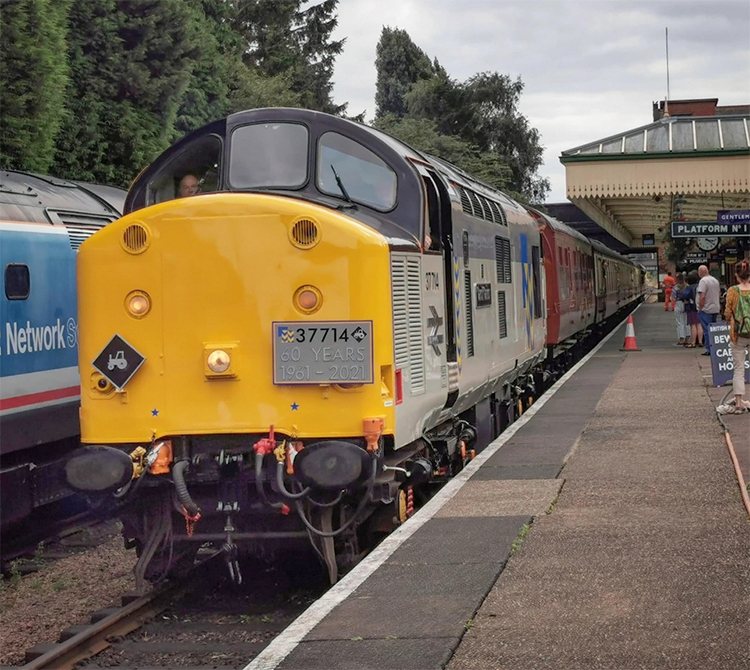 The locomotive was one of a group of Class 37s that Accurascale studied ahead of its forthcoming model. 37714 was also used for one of its DCC sound recording sessions, ultimately, resulting in this limited-edition release.

The model will be available in DCC ready and DCC sound-fitted versions. Nameplates and depot plaques won't be fitted, but will be available separately. For further information, pricing and availability, visit the Accurascale and Heavy Tractor Group websites.