Images have been shown of Rails of Sheffield's exclusive 18000 project in BR late-green livery (1802). Tooled and under development for the retailer by Heljan, two further liveries of the locomotive are also under development – BR green with early crest (1800) and BR gloss black with silver trim (1801).

Commenting on the receipt of the sample, Rails of Sheffield said, "As you will find with every pre-production sample, the purpose of EP and livery samples are to flush out any errors or issues with the model before it goes into full production. Several minor points have been identified so far and necessary changes will be implemented."

Nicknamed ‘Kerosene Castle’ because of its thirst for fuel, the model of the gas turbine prototype for British Railways carries BR green with an orange/black waistband lining and BR late-crest, suitable for its 1957-1960 condition.

Production of the model is well underway, though Covid has impacted on its delivery date, with models now expected early next year. 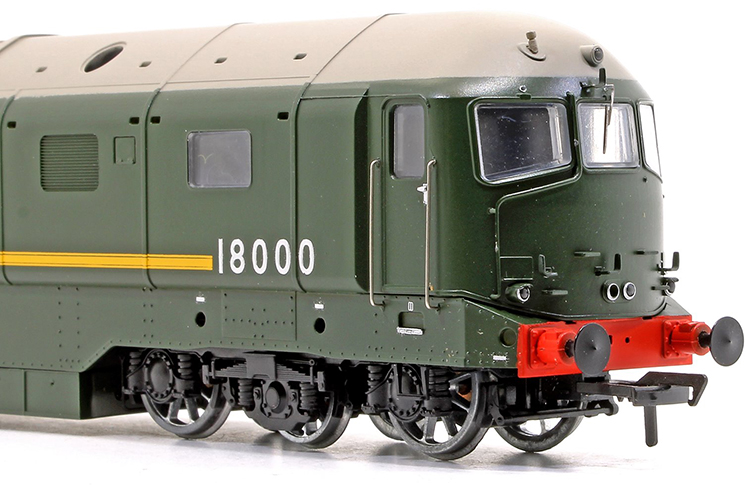 Model lights can be manually configured for DC users via miniature switches to the underside.

For updates on the project, including pricing and availability, visit the Rails of Sheffield website.