The large-scale model railway specialist unveils new CAD renders of its O gauge LMS/BR 4-6-0, explaining why it had to return to the drawing board.

Ellis Clark has issued an update and shared new images of its LMS/BR 4-6-0 'Black 5' project. In a newsletter to its subscribers, Ellis Clark has said that after feedback from its CAD images shared in December 2019, it was necessary to "re-design the Black 5 from scratch", after receiving much "constructive criticism." 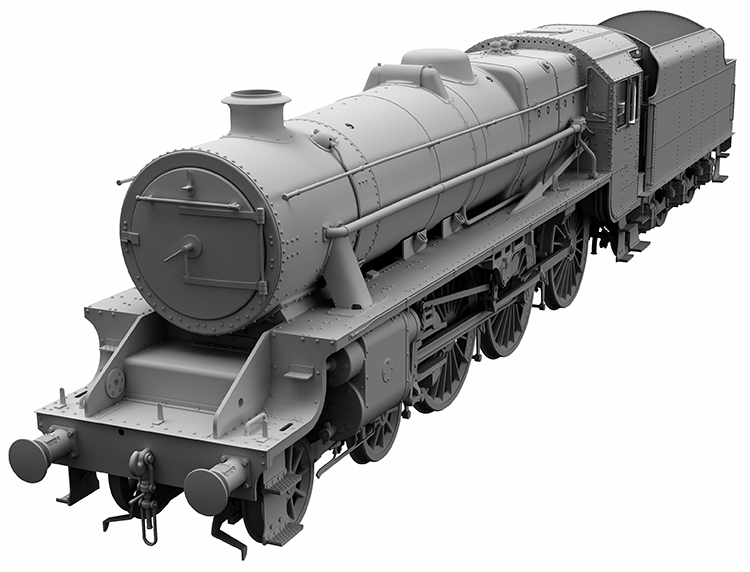 An impressive 17 variants of the locomotive in this initial run are to be produced by the retailer, turned manufacturer.

The retailer is to now produce the model solely under the Ellis Clark Trains brand and not Ellis Clark Trains/Darstaed, as originally proposed. "Nothing has changed between ourselves and Darstaed, we are continuing to work closely with them and will do so for years to come." the retailer added.

In January of this year, Ellis Clark added a full-time CAD designer to its team, who has re-worked the project from the ground up. The CAD project is now said to be "95% complete" and final checking of the project is expected to be completed shortly.

A number of parts are omitted from the design at this stage – sand pipes, cab doors, fall plate and some cab fixings.

The release date has been revised to Q4, 2021, and Ellis Clark is welcoming constructive feedback on the images shared. For more information, including the specification of the model, pricing and avilability, visit the Ellis Clark Trains website.