Appointed as sole UK distributor of Ane Models' OO9 and HOe gauge models, the retailer highlights the first of its locomotives to arrive in stock.

DMG Electech has been awarded UK sole distributorship for the Ane Model range of narrow gauge diesel locomotives. First to arrive in stock and now available through the retailer are models of the Mitsubishi-built 28T 520hp diesels constructed for the Alishan Forest Railway (AFR) in Chiayi County, Taiwan.

Five variants of the models are available.

Taiwanese manufacturer, Ane Model already has a number of products from its range retailed in the UK via DMG Electech, including its dual DC/DCC command station.

Matthew Geary, Technical Director of DMG Electech said, “[We] never intended to enter the locomotive market with our core market being electronics, but the smooth running of these locomotives and our close association with Ane Model made the decision a 'no brainer'." 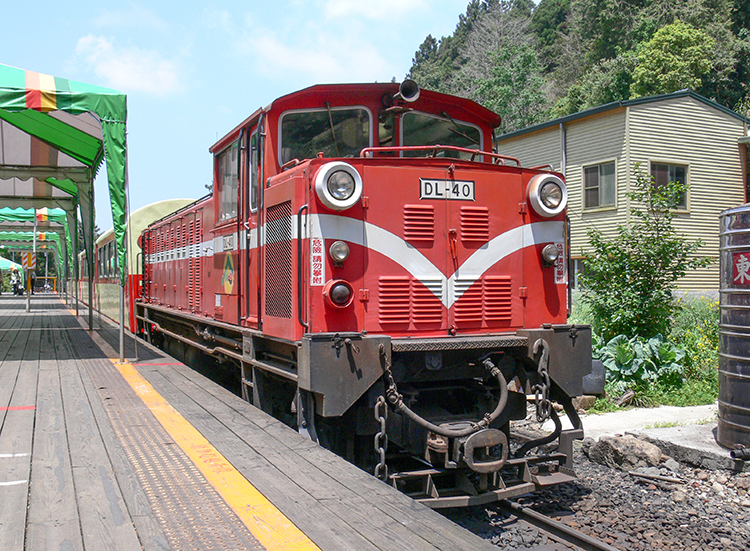 Watch videos of these new models in action, below:

Recently, it was announced that loocmotive DL-34 of the AFR is to arrive at Llanfair on a three-year loan, providing the narrow-gauge railway with extra motive power capacity. The ability to ship the locomotive from Taiwan to the UK is said to be problematic, but a spokesperson from the Welshpool & Llanfair Light Railway said that it is hoped that DL-34 will join its fleet "by the end of autumn".

To see current pricing and availability of models, visit the DMG Electech website.