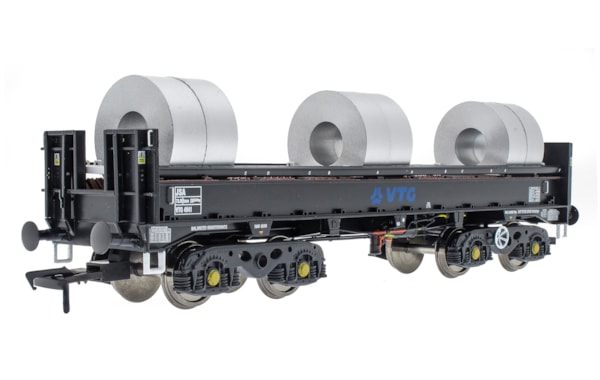 Arriving from China for assessment ahead of production, the manufacturer evaluates liveries to be applied to its forthcoming range of coil wagons, due for release this September.

Accurascale has revealed that decorated samples for its JSA hooded and open steel coil wagons have arrived from China for assessment. Production is now underway for these wagons, with a delivery date slated for September 2020. Each pack consists of two wagons, with three different packs available per livery, allowing modellers to create uniquely-numbered rakes.

Finding itself with a need for additional steel coil carriers at the same time as a sizeable number of its JTA+JUA (formerly PTA) iron ore tippler wagons became surplus to requirements, in 1996, British Steel commissioned Marcroft Engineering of Stoke-on-Trent to rebuild 56 examples to convey coils for its Strip Products division. These wagons were outshopped with three-stage telescopic hoods and were painted blue with white text, in keeping with the company’s famous branding. 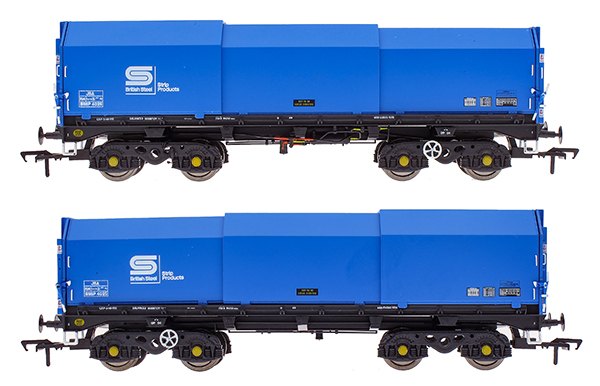 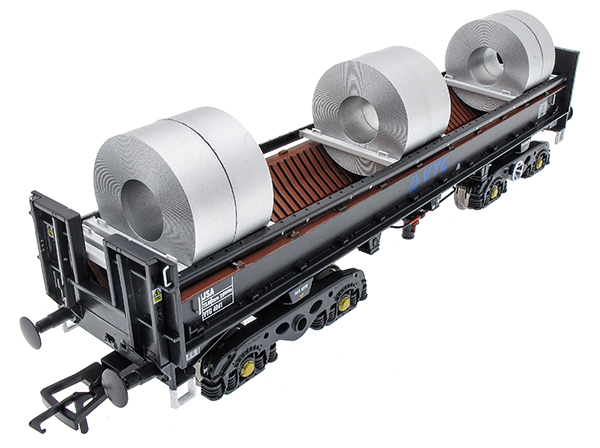 In 2018, Arlington Fleet Services began to refurbish several JSA wagons at its Eastleigh workshops. As part of this process, the wagons had their hoods removed and entered traffic as open coil carriers on traffic flows from Margam to Llanwern and Corby. So far, more than 50 of these wagons have been outshopped, with more currently being converted at Eastleigh.

The decorated models were recently received by Accurascale’s production team for assessment and approval. The tampo-printing and labels it anticipates "will be pin sharp for production, as will assembly quality."

"Livery colours and detail differences such as the riveted hood on the VTG hooded wagon and smooth sides of the British Steel variant appear to be spot on and have been signed off for production," said Accurascale.

Andy York takes a first look at these new wagons: