DCC Concepts has offered a first glimpse at a new line of wireless communication products to be known as ESP. Compatible with all current brands of DCC control, the manufacturer has said that ESP is "a small step with exceptional usefulness, that makes new things possible, is unlimited in potential for even the largest layout and removes almost all of the need for long wires, no matter which brand of DCC or which style of control system is used."

The ESP transmitter. Ports and connections are 'plug and play', and don't need soldering.

Having first released its Alpha range of products a few years ago which greatly simplify layout wiring by centralising communication and converting analogue devices into a digital interface, its latest product removes communication wires entirely, replacing them with wireless communications.

The manufacturer has designed a transmitter and receiver, which when paired communicate wirelessly to transmit signals that would ordinarily require cables – between a control panel switch and a point motor, or between a signal position and a control panel LED, for instance. 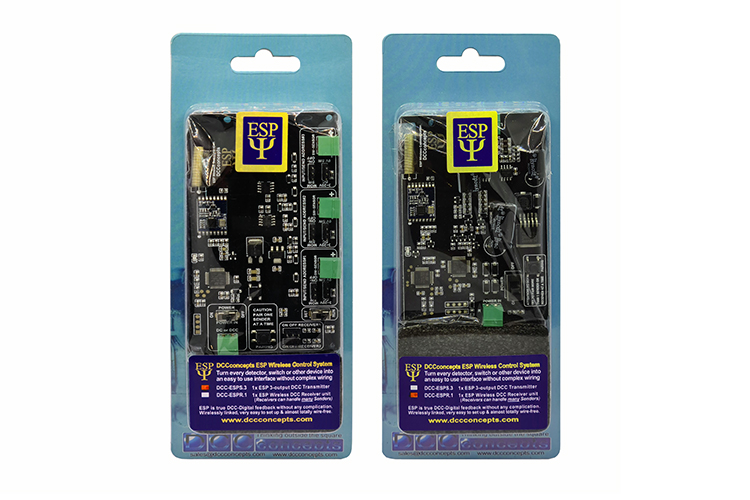 The ESP Transmitter works as follows:

The ESP Receiver works as follows: 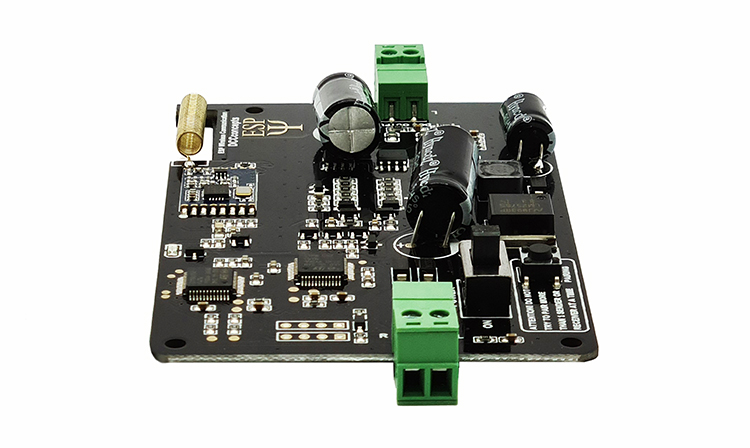 An ESP receiver unit. Note the coil antennae present on the boards.

Any ESP transmitter can be paired to two different receivers if required. Any input can be volt-free or have an active DC voltage connected to it if required, too.

Invited to its launch party in Settle, Howard Smith was shown how the system operates by Richard Brighton of DCC Concepts:

Despite a world-wide shortage of critical microprocessors, DCC Concepts says it has secured enough stock for production to remain on schedule.

For more information, including up-to-date pricing and availability, visit your local stockist or the DCC Concepts website.