Reaching an OEM agreement with Zimo as its official sound decoder provider, Dapol issues an update on its GWR 'Manor' 4-6-0 for OO gauge.

Dapol has revealed that sound-fitted models of its forthcoming GWR 'Manor' are to be fitted with Zimo decoders, following an agreement with the supplier. Models of the GWR 4-6-0 are expected to arrive with customers and stockists in the first and second quarters this year.

Dapol commented, "We have chosen to share the advantages this [Zimo] agreement provides us with our stockists. We will be releasing our superb sound-fitted models as a general release product for them to order on your behalf."

Progress on its model was revealed last summer, when Dapol's footage of a working sample of 7827 Lydham Manor (4S-001-007), fitted with sound emerged:

Dapol is producing the GWR 4-6-0 78XX 'Manor' in the following guises:

Models are to feature previously-introduced innovative features seen on recent models in its range, including an opening smokebox door for tool-free decoder access and removal/installation, a push-fit locomotive/tender coupling, a decorated cab interior with pressure readings recorded on the dials, and many separately-applied details.

Further enhancements on these models will see injectors added to the underframe detail behind the cab steps. Rear tender hook and tender number plate will be added to the models during the production process. The models will come with Dapol’s proven tender to locomotive connection which includes all necessary electrical connections with just a simple click. The models will be fitted with either the appropriate GWR or BR chimney during the production process. Thanks to clever design, second radius curves are negotiated with ease whilst still allowing the model to retain a full cylinder profile. Splasher guards are accurately portrayed on all of Dapol’s 78xx Manor Models. 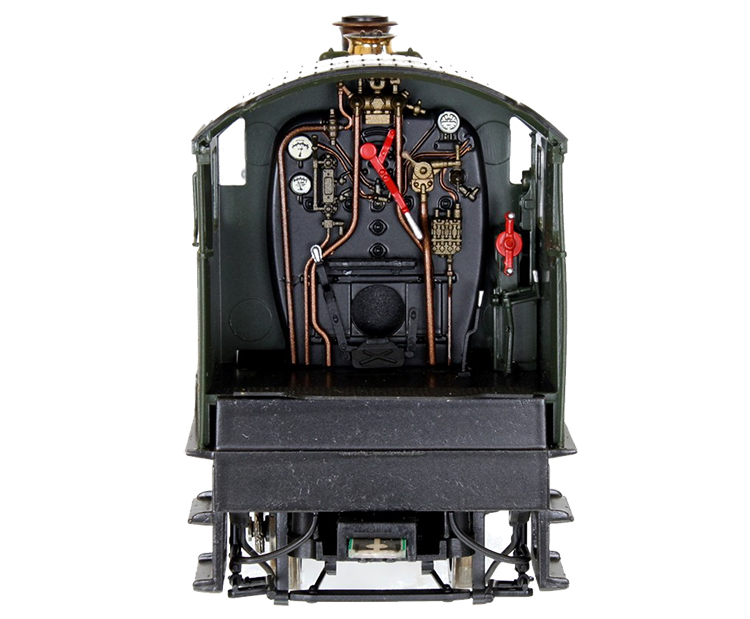 Dapol's Marketing Manager, Neil Morrlle said, "The relationship between manufacturer and stockist is symbiotic. The decision to inform our stockists back in 2018 that it was no longer commercially viable to offer sound-fitted options through them was therefore a very tough choice for us to take. It was however something we had to do and from the September 17, 2018 we stopped taking further orders from them. All pre-orders for sound-fitted models placed by retailers prior to this date were honoured by Dapol.

A recent procurement of a favourable OEM agreement with Zimo (our preferred sound-chip supplier) means we were thrilled to announce in December 2021 that we were once more able to support our stockist network with sound-fitted models.

All the models announced from December 2021 onwards will be available for the public to order from their preferred Dapol Stockist. The first two projects to be launched since this announcement is for another production run of O gauge A1/A1x Terriers and for a second run of OO gauge Class 21 and Class 29 Models."

Neil Morrlle continued, "We are also actively reviewing the models that are currently available only directly from Dapol to pre-order and where possible these will be put on general release. Currently the first two projects to be released are the O gauge 0-6-0 'Jinty' and the OO gauge 'Manor' models.

If a project is deemed to be at a suitable stage where it can still be offered on general release via our stockist network we will contact everyone who has placed a pre-order with Dapol directly before we make our decision public. They will be welcome to keep their order with us, or if they so choose, cancel their pre-order so they can support their preferred Dapol stockist."

Dapol’s OO gauge 'Manor' models are available through its website pre-order system or directly from the GWSR. The manufacturer is to donate trade profits from each of the models of its version of Dinmore Manor sold through its website, or the GWR website, to the GWSR with an additional £5.00 donation per model to the Dinmore Manor Locomotive group, from which sound recordings were taken.

For further details, including pricing and availability, visit the Dapol or GWSR websites.