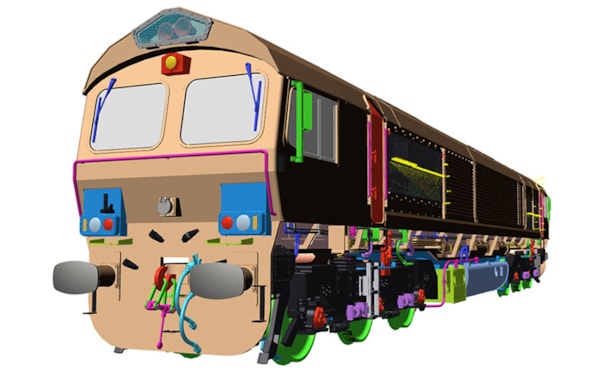 The Chirk-based manufacturer adds a Class 66 Co-Co to its expanding O gauge range.

Dapol has announced it is developing an O gauge model of the Class 66 Co-Co diesel-electric locomotive, with CAD artwork nearing completion and tooling soon to commence. The manufacturer unveiled CAD artwork for the project this morning at the Modern Image O Gauge (MIOG) show, held at Rawtenstall on November 2 and 3.

Already a part of its N gauge range, the larger-scale version of the locomotives will feature operating front and rear lights, with independent operation for DCC, or switched for DC use. A day/night mode will be included. There are eight subclasses and Dapol intends to model the variations over the life of the model.

Operating side lights where a lighting cluster is applicable, independently-operated cab lights and an illuminated cab control panel will also feature. 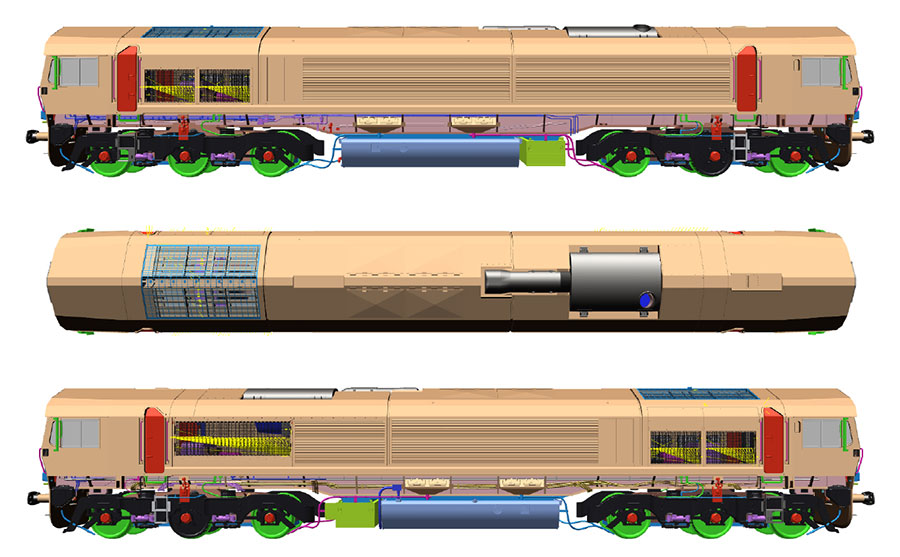 Individually-applied handrails, handles and etched-grilles with through-body transparency will feature. Assisting the locomotives weight will be a die-cast chassis and die-cast bogie frames. The centre axles will be sprung and Dapol claims its axle centres will be made to rotate. Sprung buffers and wheels to Gauge O Guild standards are to be included.

Commenting on the announcement, Neil Morrlle, Marketing Manager for Dapol said “The organisers of the MIOG show are doing a fantastic job of promoting the modern image element of O gauge. The team at Dapol feel it only right to announce the model at the show and are more than pleased to help support them in their endeavours to further the hobby. The MIOG show is the logical and most relevant place to launch a project such as the Class 66 with it being dedicated to modern image O gauge. It allows Dapol to show its support for the show organisers and this section of the hobby.”

The Class 66 was developed in part from the Class 59, for use on the railways of the UK. Since its introduction, the class has been successful and has been sold to British and other European railway companies. The first locomotive shipped to the UK arrived at Immingham in June 1998 and was taken to Derby for testing. The initial classification was as Class 61, then they were subsequently given the Class 66 designation in the British classification system (TOPS). In 1998 Freightliner placed an order for locomotives. They were followed by GB Railfreight, then Direct Rail Services. The last of more than 500 built over an 18-year period was 66779 Evening Star, delivered to GB Railfreight in spring 2016.

To keep up to date with all the latest news, make sure you subscribe to our weekly newsletter.