The retailer receives stock of its latest model commission from Rapido/Revolution Trains in a vibrant livery.

Revolution Trains' new Class 92 locomotives, produced by Rapido Trains are arriving with stockists. As part of an exclusive limited edition for retailer, Kernow Model Rail Centre, further variety can be added to your locomotive fleet with its exclusive model commission of 92017 Bart the Engine in the instantly recognisable Stobart Rail livery.

Models are DCC-ready and fitted with Next-18 decoder sockets. Previously named Shakespeare, 92017 was outshopped in Stobart Rail's blue and white livery and named Bart the Engine on October 27, 2009. Operated by Direct Rail Services, the locomotive is based at Crewe International Electric Maintenance Depot. For current pricing and availability of models, visit the Kernow Model Rail Centre website. 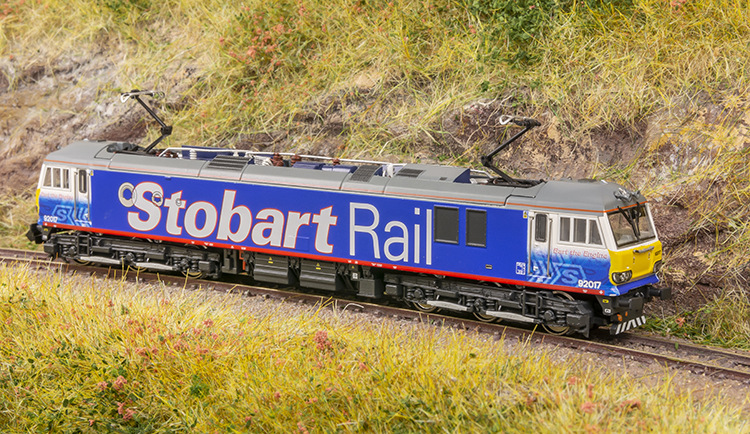 Don't miss our review of this model in the Spring 2021 issue of BRM, on-sale February 25 in stores, or available to download from pocketmags.com/BRM from February 19.