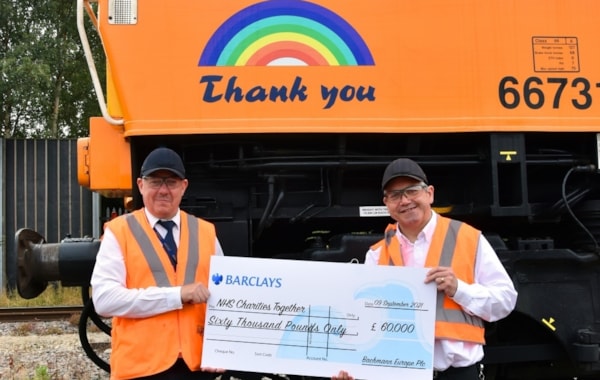 Bachmann Europe has been able to make a generous donation to NHS Charities Together, thanks to the sale of the Pride of Britain train pack.

On Thursday 9th September 2021, Bachmann Europe visited the GB Railfreight/EMD Roberts Road Rail Maintenance Depot in Doncaster where Class 66 No. 66731 ‘Capt. Tom Moore’ was in residence. Earlier this year the Bachmann Collectors Club released its Pride of Britain Train Pack, celebrating the astonishing fundraising achievements of Captain Sir Tom Moore and honouring the outstanding efforts of the NHS and all key workers during the Covid-19 pandemic.

During the visit Bachmann presented a cheque for £60,000 which will be donated to NHS Charities Together, and a presentation was conducted by Keith Thomas, Financial Controller for Bachmann Europe Plc and Paul Matthews, Head of Locomotives for GB Railfreight.

Those Club members who purchased a Pride of Britain Train Pack when they were first released were entered into a prize draw to win a guided tour of the Roberts Road Depot and the lucky winner, Mr Denis Armstrong, was also in attendance to receive his prize. 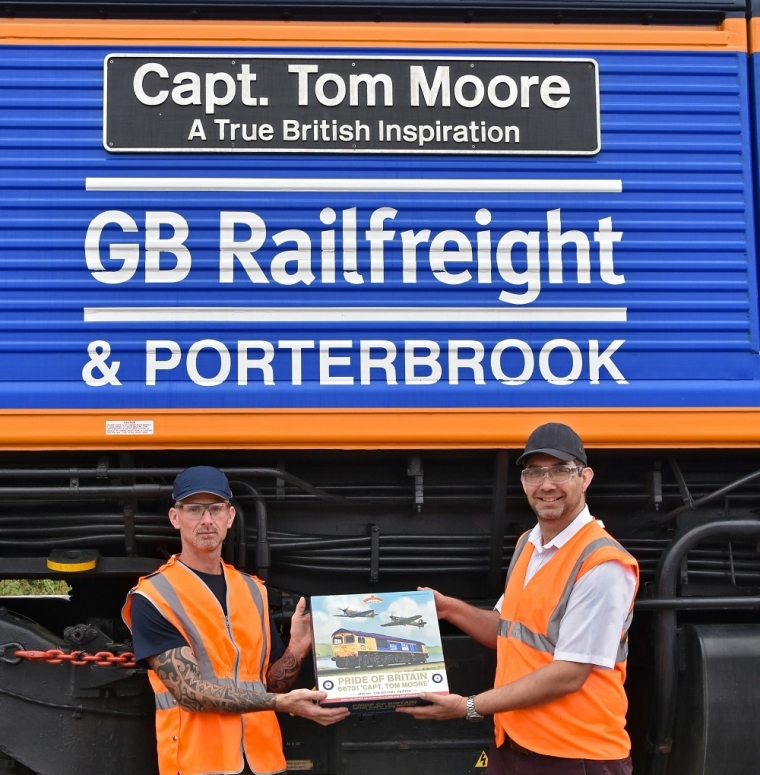 The Pride of Britain Train Pack has been produced in N and OO scale and each pack includes a Class 66/7 locomotive No. 66731 ‘Capt. Tom Moore’ in GB Railfreight’s ‘Thank You NHS’ livery and two Easy Model 1:72 scale aircraft – Hurricane LF363 and Spitfire MK356 – portraying the two aircraft that performed a flypast for Captain Tom on his 100th birthday. A limited number of each pack remains available, and these can be purchased now directly from the Bachmann Collectors Club. Bachmann would like to offer thanks to all club members who have supported this venture, helping raise this fantastic sum for NHS Charities Together.