Hornby's Bassett-Lowke put on an impressive display of the new Steampunk range this week for the media and potential buyers.

SteamPunk – it’s awesome, unique, quirky, stunning & unusually fascinating, according to the Bassett-Lowke website, and that's the impression the firm aimed to achieve with its Toy Fair stand.

Housed within some impressive faux wood-panelled walls, the range of locomotives, rolling stock, paints and even a chocolate machine. Designer Laurie Calvert, Project Manager Jamie Buchanan and Chief Operations Officer Tim Mulhall, all suitably dressed for the occasion, were on hand to talk visitors through the range. 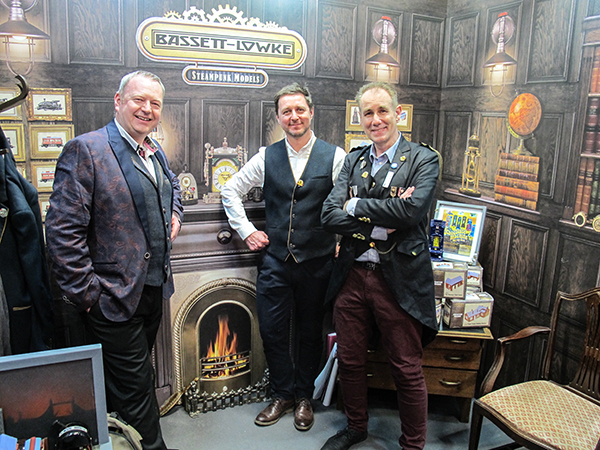 For modellers, the highlights must be the locomotives and rolling stock. Initially, there will be three locos. Each run on the well-known 0-4-0 chassis and is a single-part resin casting, a first for Hornby. 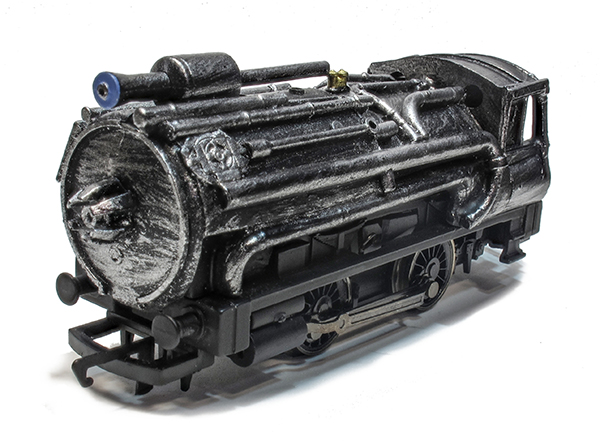 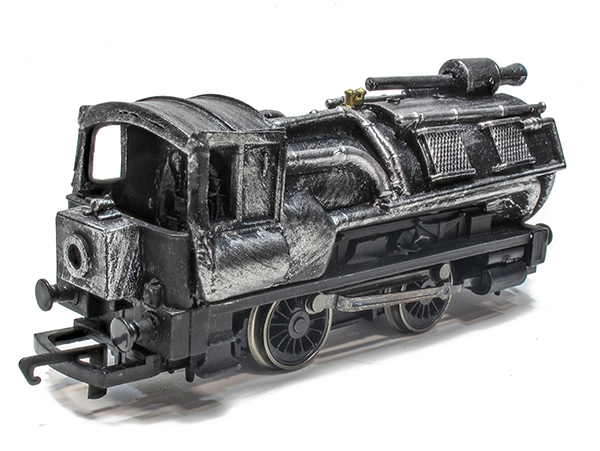 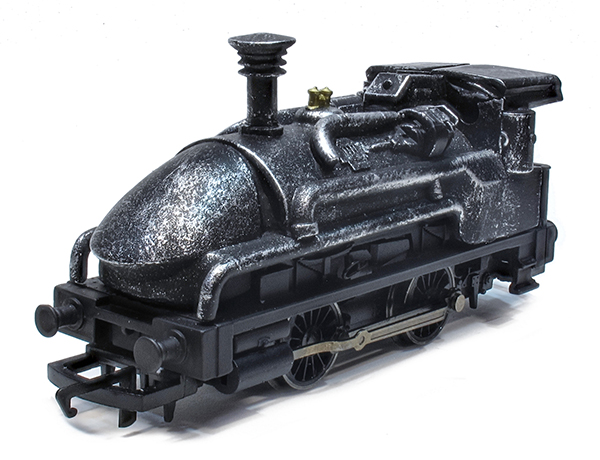 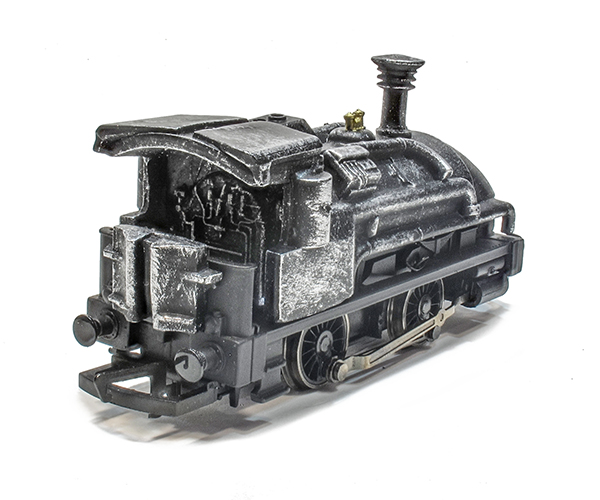 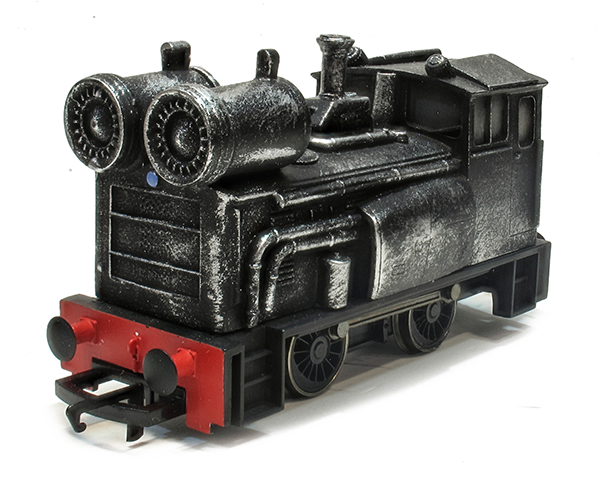 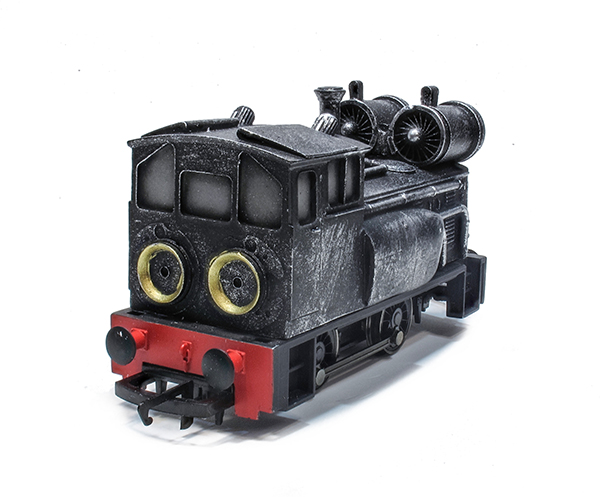 The resin construction and the unusual design of the locomotives have resulted in models being slightly beefier then traditional OO engines. While appropriate for the world of mad science and empiric wars they will live in, it means more conventional modellers might need to check clearances on their layouts before running them. Each has a good, solid feel and plenty of weight. The detail might be unconventional, but it's certainly eye-catching and well-modelled.

Joining the locos are coaches, vans and wagons. 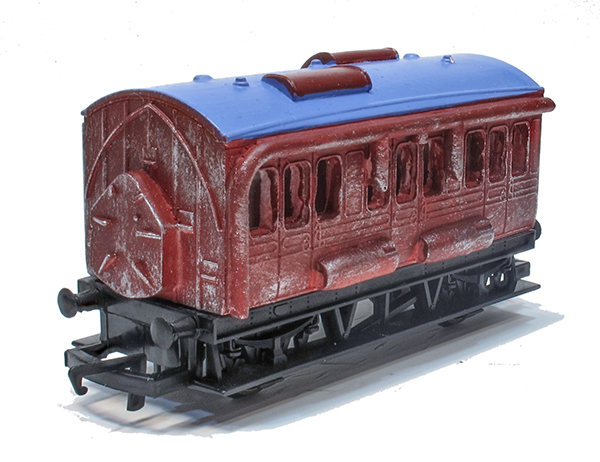 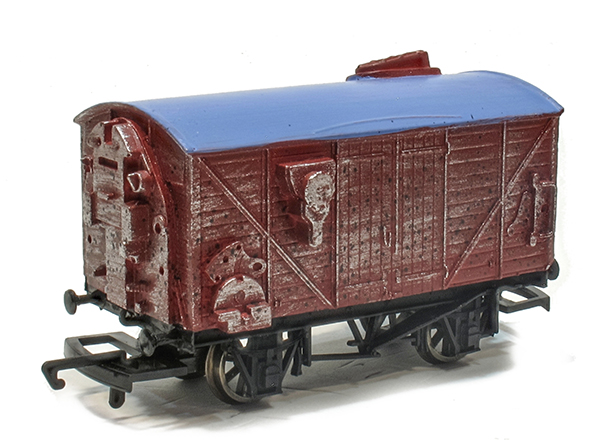 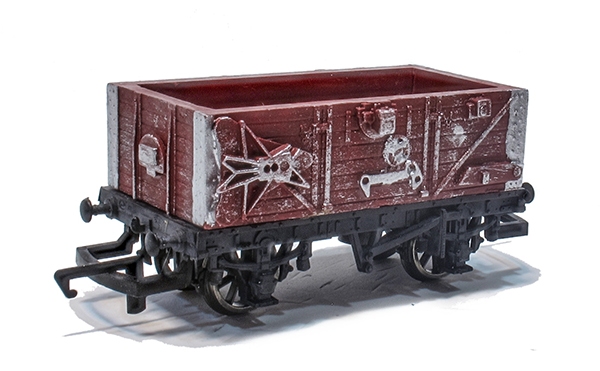 Buildings and 3D-scanned figures will be available. These appear on a layout built by Laurie to showcase the range at shows. 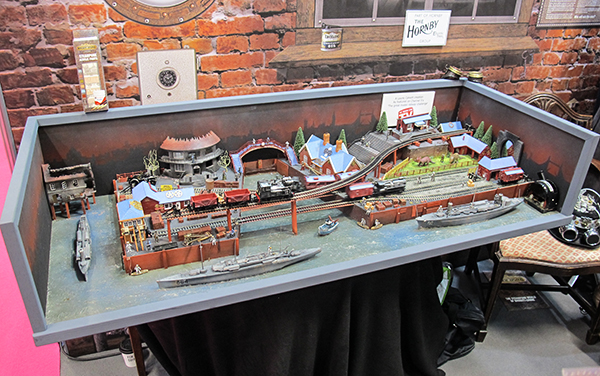 The man himself appears as 'Cornelius Chuddery' and can be seen here on the signal box steps. 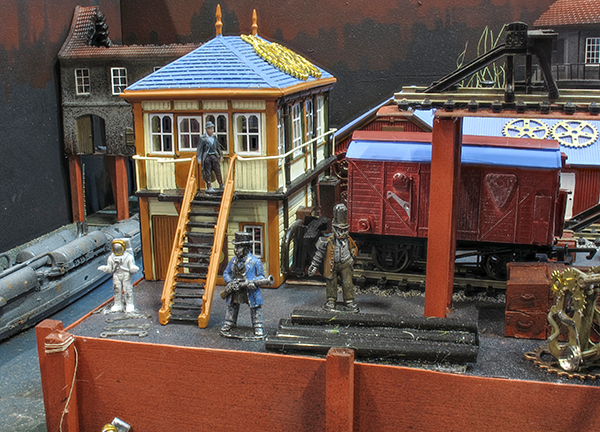 Designers appearing in kits is a Hornby Group tradition - model aircraft kits included pilots based on the person who drew the model up. This is the first time they have been sold as 27mm tall figures sold separately, though. Even modellers not into Steampunk might find a use for these on their layouts.

Laurie's layout includes many items from the Airfix range that have been suitably kit-bashed to fit the scene. Plastic kit boats and astronaut figures fit in well and give some idea of the imaginative potential of this world.

Of course, should you fancy doing some modelling, you will need paint and a range of Humbrol acrylic packs can be supplied as well as accessory items such as cogs and tea chests. 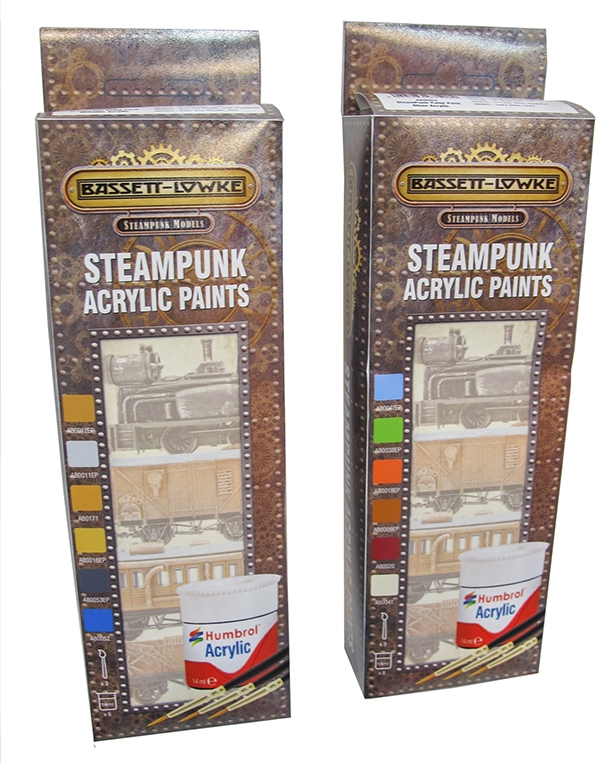 When BRM visited the stand IT was busy and there had already been serious interest from outside the model railway world. With many preserved railways hosting popular Steampunk events, the plan is to promote the range widely.

For the moment, more details can be found on the Bassett-Lowke website. 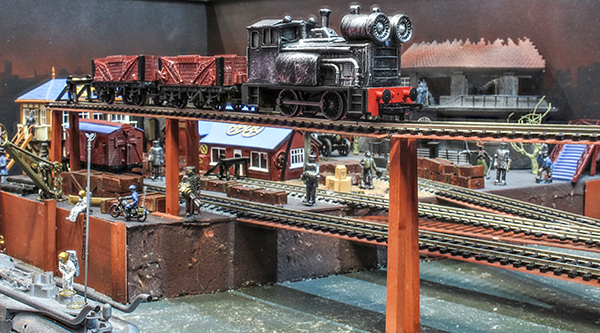