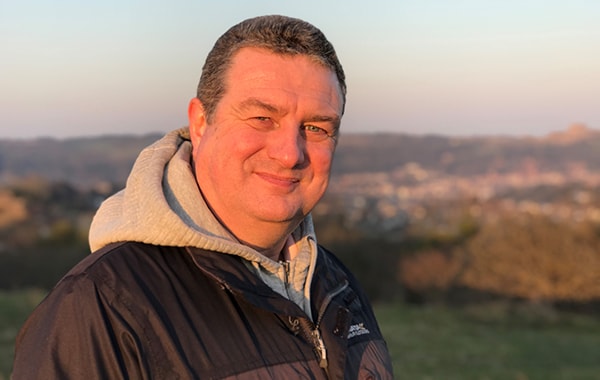 Paul Isles joins the Dublin-based manufacturer as project manager, having spent a number of years at Hornby.

Model railway manufacturer, Accurascale has announced that Paul Isles has joined its team as Project Manager. Having spent a number of years with Hornby, modellers will be familiar with Paul’s work. With a track record of highly regarded models spanning a multitude of eras including steam, diesel and electric as well as coaches, wagons, road vehicles and more, Paul brings a wide range of expertise to Accurascale and compliments the current project department.

As well as his project research of a fine array of models, Paul is synonymous with the well-known Hornby 'Engine Shed' blog and the design of several Hornby catalogues. Along with model railway knowledge, Paul also has experience of the real railway, having worked in the railfreight industry in BR days.

Speaking on the announcement, Paul outlined his enthusiasm over his new role, “I am hugely excited at the opportunities that lie ahead for us as at Accurascale and to the challenges that will come our way as we seek to introduce new, high-fidelity models to the UK railway modelling market, across a range of gauges.”

“It is Accurascale’s reputation for its attention to detail that excites me as a Project Manager – to have extensive and exhaustive research translated into a feature rich scale model is a massive inspiration for any research professional and I have very high hopes for the models that we currently have in development, as well as future projects in the pipeline.”

Stephen McCarron, Managing Director of Accurascale added, “We’re thrilled to welcome Paul to our growing team at Accurascale. He brings a wealth of experience and industry knowledge with him and shares our desire to produce highly detailed definitive models without equal. With our exciting roadmap over the coming years he adds a dynamic new element to our skill set.”