Arriving from China ahead of production, its PTA/JTA/JUA bogie tipplers are received by its production team for assessment and approval.

Accurascale has revealed that decorated samples for its forthcoming OO gauge PTA/JTA/JUA tippler wagons have arrived from China for assessment, ahead of production. Accurascale commented, "The tampo-printing and labels will be pin-sharp for production, as will assembly quality. There will be some livery tweaks too, such as British Steel grey and ARC mustard needing slight colour adjustments." 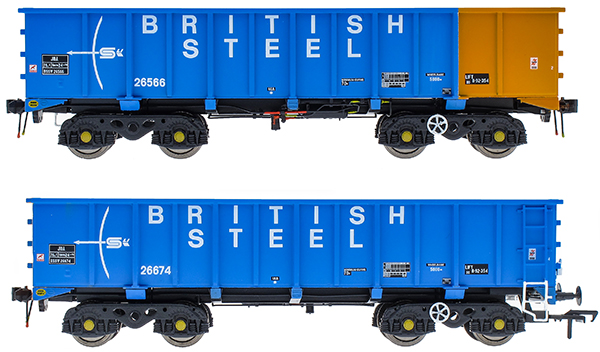 These wagons were built in three batches by the British Steel subsidiary Redpath Dorman Long from 1972 for transporting iron ore to Consett, Llanwern, and Ravenscraig. The tough-looking tipplers carried attractive liveries and rode on distinctive BSC ‘Axle Motion’ bogies. They soon became a favourite of the enthusiast and became synonymous with the heaviest trains on the British Rail network. The Port Talbot to Llanwern trains saw 27 British Steel PTA tipplers triple headed by Class 37s, before the introduction of pairs of the (then) new Class 56s on 30 wagon trains.

Following the closure of Consett in 1980, a batch of PTAs became temporarily redundant before being purchased by Procor. These soon found work on Mendip stone trains, going both to Foster Yeoman and ARC. Their use was in block formations from quarries at Merehead, Whatley and Tytherington to depots in London and the home counties. After many years of faithful service on these trains they were retired from these services in the early 2000s. Wagon leasing company VTG took on rakes of JTA/JUAs in the mid-2000s and they were used on spoil trains as well as sand and sea-dredged aggregates until withdrawal. 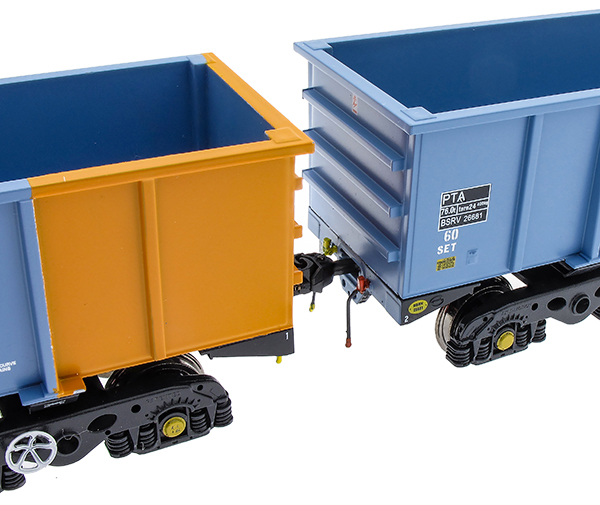 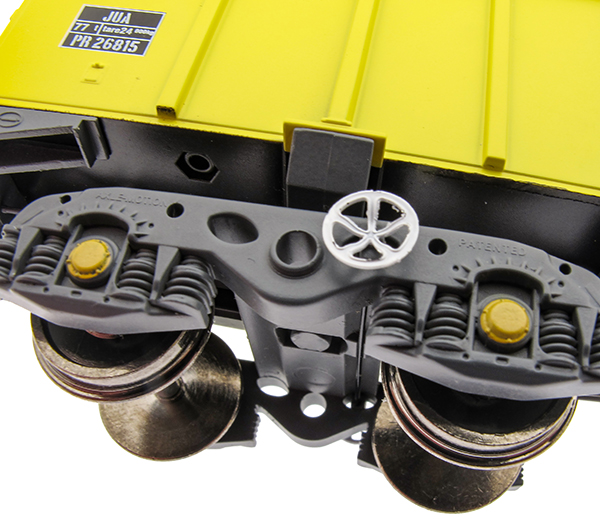 Production is underway for the wagons with a delivery date slated for September, 2020. Each pack consists of five wagons and is priced at £149.95 each, with inner and outer packs available for most liveries. Outer packs feature coupling and buffers to connect to locomotives and other wagons, as well as a tail light at one end. The inner packs are rake boosters, and feature prototypical knuckle couplings at a greater height as per prototype. Customers are advised to order an outer pack if they want one pack, or at least one outer pack if they want to build a rake of wagons.