The manufacturer receives its first EP of this large wagon and is providing feedback to China.

Accurascale has received its first engineering prototype of its forthcoming KUA nuclear flask carrier wagons. Describing it as an "impressive beast", upon receiving it from China last week, Fran Burke, Accurascale’s Director of Public Relations and Market said "We are simply staggered by the engineering that has gone into this massive model. The sheer level of die-casting and high-fidelity plastic parts really add to what will be a centrepiece model on layouts. The only thing heavier than the model has been the volume of sales, and we are delighted that this monster of a model is well on its way to layouts and collections across the country as we bring another top quality piece of rolling stock to market. We hope the KUA will receive the same level of plaudits and positive feedback that our output has received to date as we look to maintain our high quality standards.” 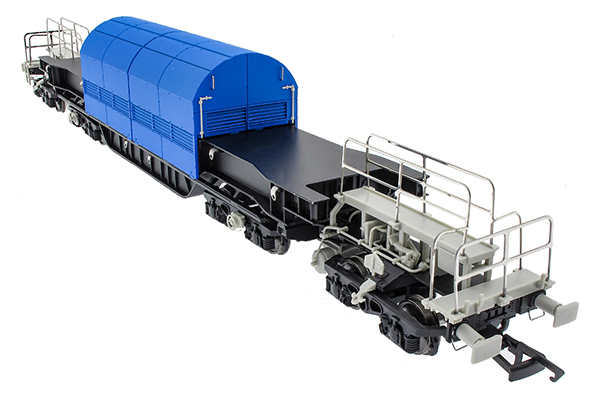 Accurascale’s technical team has spent the last seven days running a rule over the model and providing feedback to China. It reports a lot it is happy with, such as the bogies, the finesse and detail above the bogies, the chassis and the centre cover. Some alterations have been noted, however. Fran added, "there will be improvements made too, with the handrails gaining some attention before production commences. The walkway tread plate will be added before we receive the decorated samples, as well as other minor adjustments. Fit and finish of first engineering prototypes is always patchy and this will be improved before production before any plaudits can be received. However, overall these magnificent beasts are well on their way to the shelves despite these minor adjustments."
Delivery for the KUA twin pack is expected in September 2020. 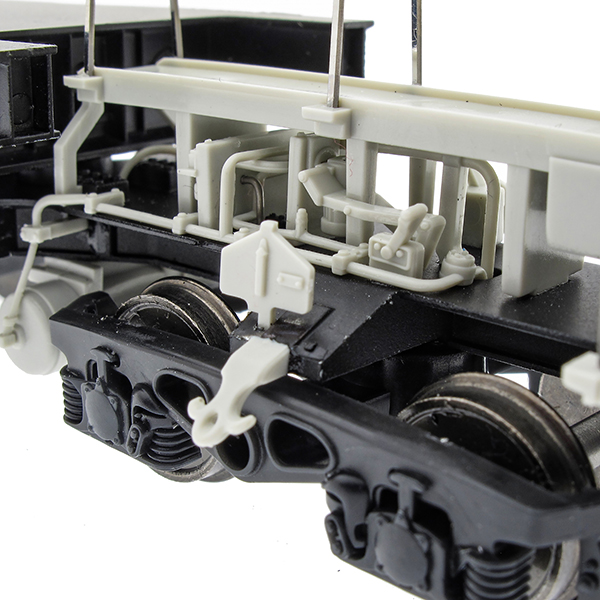 The KUAs were built by Bombardier/Prorail of Wakefield in 1998 and were designed to carry spent nuclear fuel from Royal Navy nuclear submarines from their bases at Devonport and Rosyth to Sellafield for disposal. They can still be seen in service today and make the perfect companion for the manufacturer's forthcoming range of DRS Class 37s. For more details, visit its website.