The manufacturer delays the release of its model until Q4, 2020, citing problems with its working pantograph.

In an update issued to its newsletter followers, Accurascale has stated it is to delay the release of its Class 92 Co-Co electric over problems with the design of its working pantograph. It is hopeful that a change of factory in China and help from ‘another company with suitable technology’ will resolve its problem with the single arm pantograph.

The move to a new factory and further development costs has seen the model production cost rise in China, though Accurascale has decided to absorb this cost and not pass it to customers as compensation for this additional wait.

The model promises a high specification as with its ‘Deltic’ with helical gearing, a heavy chassis, a new circuit board designed with its partners at ESU, along with its PowerPack system of super capacitors, ESU Loksound 5 with Legomanbiffo sounds, and operating pantographs which raise and lower on DCC command.

Accurascale said “The issue with the pans is that they are of a single arm design, with little additional support. We really want to push the envelope with these locomotives, so we came up with our own design for it to work while maintaining prototype fidelity. We sent it to our first factory in China and they were confident they could make it work. Unfortunately, this means the Class 92 has been delayed, with delivery now slated for Q4, 2020. Innovation sometimes takes longer than anticipated, and if we crack this we will have this design perfected for future models. Our solution features a small, near silent motor dedicated to the each of the two pans to aid in the realistic operation.” 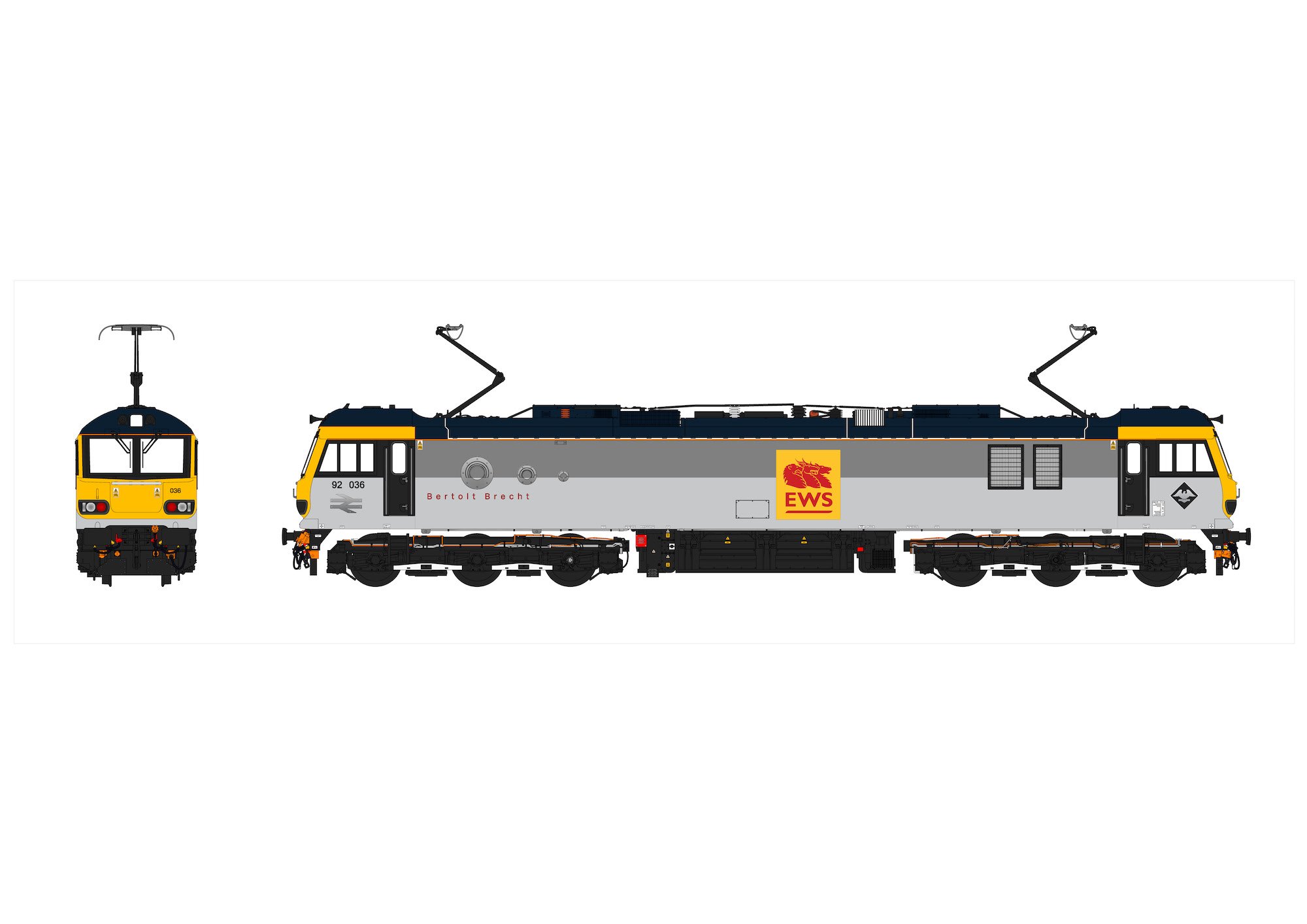