The project to build new Gresley P2 Class steam locomotive No. 2007 Prince of Wales, has commissioned the fabrication of the locomotive's cylinder block.

The A1 Steam Locomotive Trust has launched The Cylinder Manufacturing Club to raise a target of £250,000 from 250 supporters, each donating £1,000 (plus Gift Aid) to fund the construction of the cylinder block for Britain’s most powerful steam locomotive.

The Gresley class P2 2-8-2 ‘Mikados’ were the most powerful express passenger locomotives to operate in the UK. They were designed by Sir Nigel Gresley in the 1930s for the London & North Eastern Railway (LNER) to haul 600T trains on the arduous Edinburgh to Aberdeen route. Sadly, the design was never fully developed, and they were rebuilt by his successor Edward Thompson into Class A2/2 4-6-2 ‘Pacifics’ in 1943/4 and scrapped by 1961. The A1 Steam Locomotive Trust (A1SLT - registered charity and builders of famous new 100mph steam locomotive No. 60163 Tornado) is building the seventh member of this class at its Darlington Locomotive Works (DLW) over ten years, at an estimated cost of over £5m through its P2 Steam Locomotive Company subsidiary.

Despite the impact of COVID-19, progress on the construction of its P2 ‘Mikado’ is said to be moving forward rapidly. The locomotive is now recognisably a P2 Class locomotive and the structurally complete tender, tank, and tender wheelsets are now at Darlington Locomotive Works (DLW). Construction and assembly work continues on all fronts, including boiler, wheelsets, tender, heavy motion, pipework and electricals. 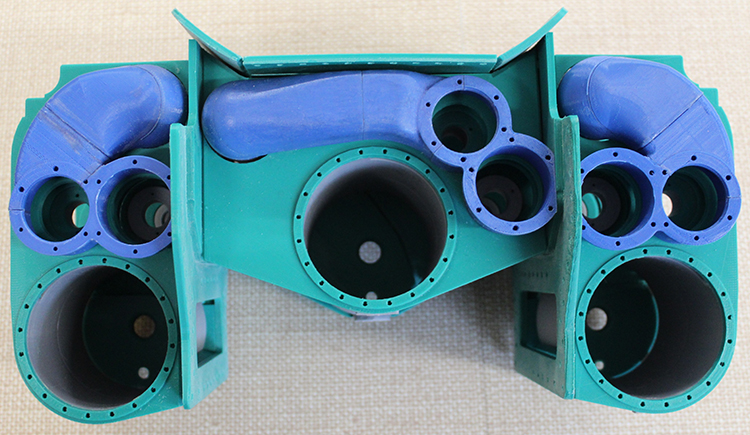 A model of the improved cylinder block, prepared in advance of the full-size version being cast.

Design work for the extensively modified and improved cylinder block is complete, with the focus now turned to adaptation of the Lentz rotary cam poppet valve gear to overcome deficiencies in the original design.

Fundraising is said to be moving forward welland almost £4m raised of the estimated £5m required to complete No. 2007 Prince of Wales within the next two years, if Gift Aid is included.

The Trust’s engineering team has now completed the considerable amount of work involved in converting the original class P2 monobloc (or one-piece) casting into a welded fabrication. This included Finite Element Analysis (FEA) to check for structural integrity; improving the layout of the valves to reduce the clearance volume (which affects cylinder efficiency); re-routing the steam and exhaust passages to physically separate them to prevent incoming steam from heating the outgoing exhaust; increasing the size and improving internal streamlining of steam passages along Chapelon lines to increase maximum power and improve economy; and reducing the overall width of the cylinder block to provide Prince of Wales with the widest possible route availability on the main line. 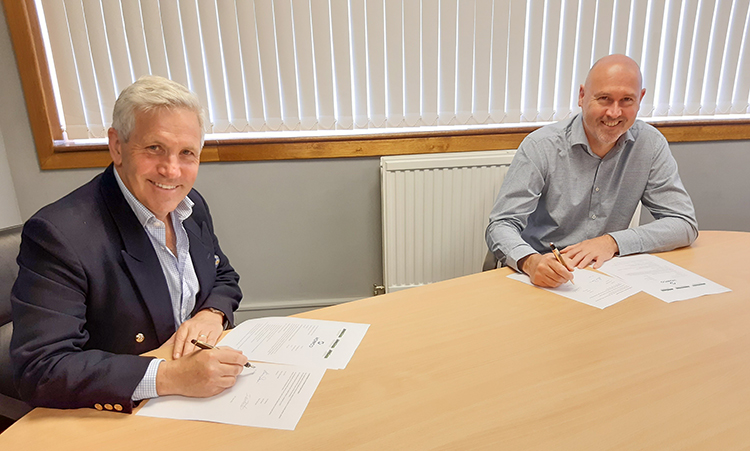 In addition, and as part of the continued application of modern techniques in the design and development of the improved class P2, the Trust commissioned Frewer & Co Engineers Ltd of Dorking, Surrey to undertake a Computational Fluid Dynamics (CFD) analysis of the inlet and exhaust steam passages of the cylinder block. The Cylinder Club was launched in October 2017 to raise an initial £100,000 towards the design and construction of No. 2007’s new cylinder block – the final of four principal areas of major redesign of the original Gresley design – which it achieved within five months thanks to the generosity of our supporters. Having completed the redesign and produced the manufacturing drawings, in early 2021 the Trust approached five engineering companies with a Request for Quotation for Construction to manufacture the complex fabricated cylinder block, with responses requested before the end of March 2021.

For further progress details on the project, visit the P2 Steam website.