The Severn Valley Railway reaches a significant milestone with the overhaul of its flagship locomotive 4930 ‘Hagley Hall’.

4930 Hagley Hall has moved under its own power on the Severn Valley Railway at Bridgnorth. This is the first time such an event has occurred for 36 years and the moment holds a great deal of significance for everyone connected with its overhaul.

“We’ve waited many, many years for this moment,” said Martin White, the SVR’s head of engineering. “And even though the locomotive only moved as far as the MPD yard signal and back, this still marks a rather momentous step in getting it back into service."

Watch a video of the locomotive moving for the first time here:

Filmed by the SVR's George Whitehead (recently interviewed for WOR TV+ members), the manoeuvre demonstrates great progress and utilisation of many new parts created by the railway's engineering department. 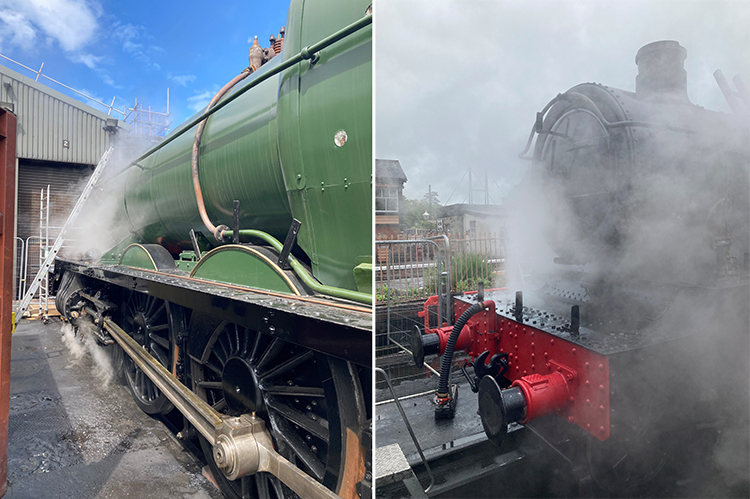 4930 is devoid of its number, for now, but a significant step in its overhaul has been made. Photographs: FOLHH (Friends of Locomotive 4930 Hagley Hall)

“There’s plenty still to do, but hopefully all of the team associated with the overhaul can go home with smiles on their faces as Hagley Hall has taken another step towards completion.”

The SVR has not made any firm commitments on when the locomotive will be tested out on the line, nor when it’s expected to be back hauling passenger services, but the indications are that both goals will be reached in the coming months.

To see the list of current events taking place at the Severn Valley Railway, visit its website.