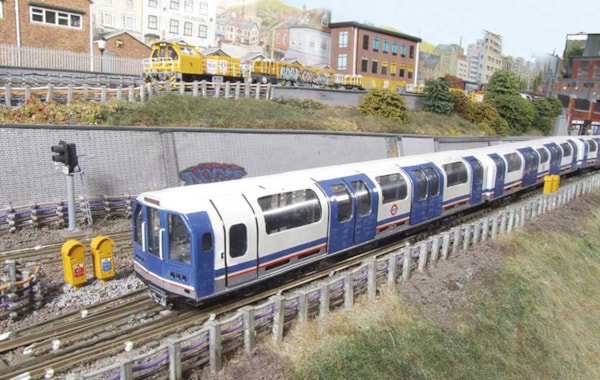 Abbey Road is a OO gauge Underground model railway layout by John Polley. Set in urban London in the 1970s and 1990s, the layout has both surface and tube lines. 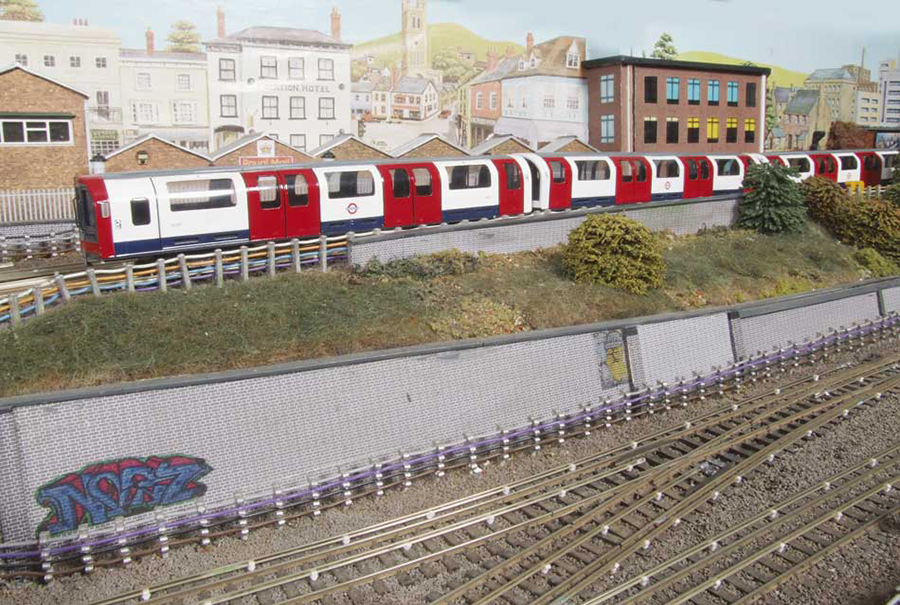 A rake of tube stock passes above on the raised upper line. Note the graffiti and lineside detail.

Abbey Road is a 20ft end-to-end layout where trains run back and forth - like they do on the London Underground. Unlike conventional loco-hauled trains, tube trains have a cab at each end which avoids complicated reversing, turning or changing of locomotives. We just change the points and reverse the train in one of the two hidden fiddle-yards. The track layout is set on two levels which are both identical, each having only two points that form crossovers. Both track levels are independently powered and operate separately from each other, allowing more trains to run. 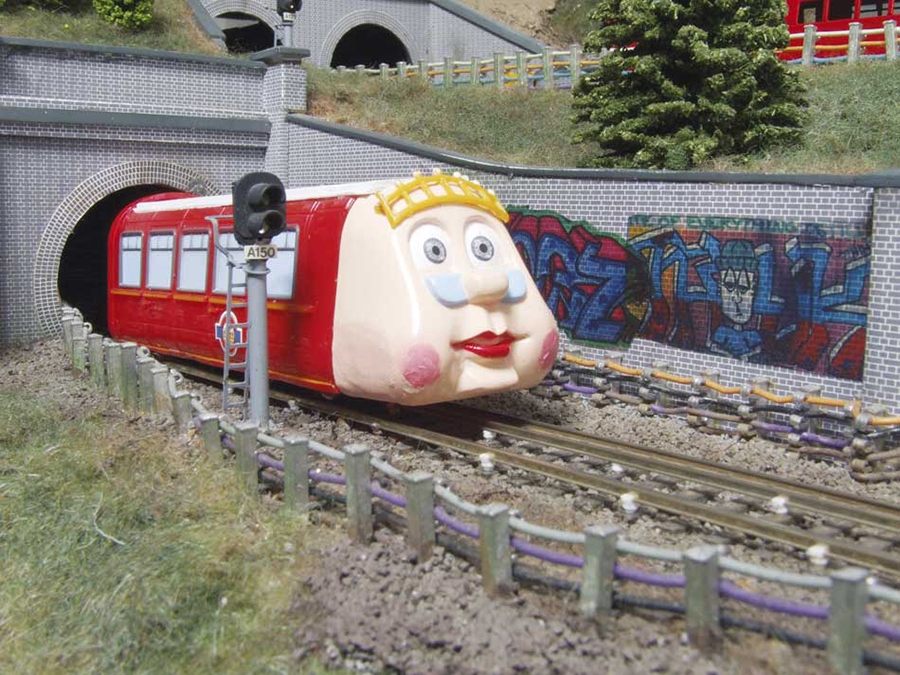 Trackwork is Peco code 75 finescale. This has been glued to a plywood base and then ballasted using Woodland Scenics N scale ballast. The ballast has been painted with various shades of brown modeller’s enamel paint. LU style 630v DC positive and negative conductor rails together with the associated insulator chairs have also been fitted to the track. Each insulator chair had to be individually fitted to every fifth sleeper by drilling out a tiny pin hole, applying a drop of glue and then inserting the insulator into the drilled hole.

Most trains are from ‘Metromodels’ range of hand-built etched-brass, ready-to-run tube trains. These are hand-made over 6,000 miles away by a team in Sri Lanka. Trains include the 1972, 1992 and 1995 tube stocks in the current corporate red, white and blue London Underground livery. The various engineering trains have been hand-built (some from scratch) and are owned by Roger Tuke. The 1938 and 1959 stock ‘Heritage Trains’ are motorised and modified EFE models. A four-car ‘Victoria’ train of ‘Underground Ernie’ fame can also be seen from time to time. The innards were removed and scrapped, the body altered to allow it to fit into the tunnels and a new chassis scratch-built. 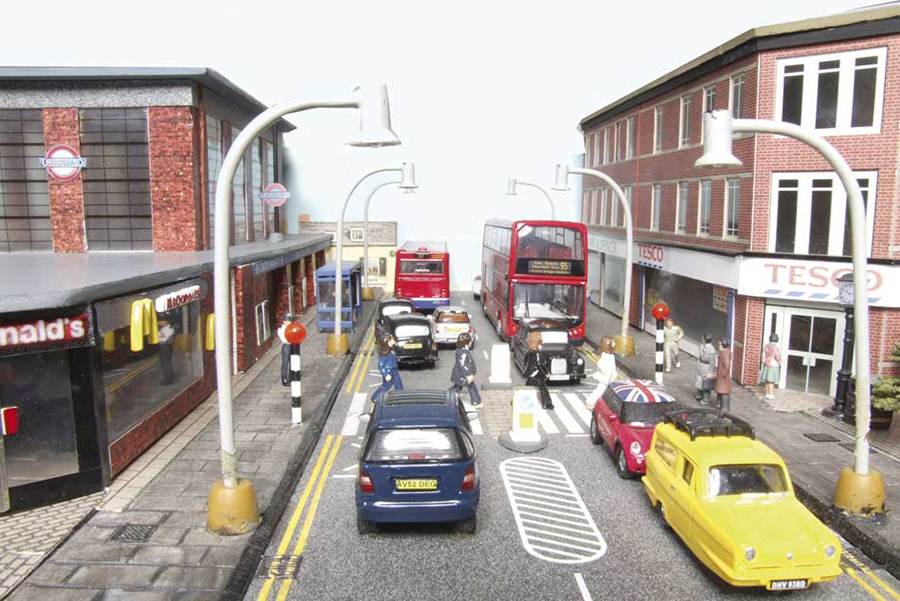 These were hand-built by Roger Murray and are of prototypical LU design. Fitted with miniature LEDs they will, in the course of time, be fully operational. They are a mix of semi-automatic, automatic and junction types, each having a unique signal number and appropriate cabin code.

The track is divided up into the current sections just like the real tube. Each section of track is isolated at each end and fed via an isolating switch located on the rear operator control panels. At busy periods trains are held in section awaiting the passage of a preceding train. All trains are powered via a 12v DC 1amp controlled electrical supply using Japanese five-pole bogie mounted motors. Some trains have interior and directional head/tail lamps fitted. Some also have a driver’s eye view camera in the cab feeding a colour image to LCD screens allowing viewers to enjoy the driver’s view. 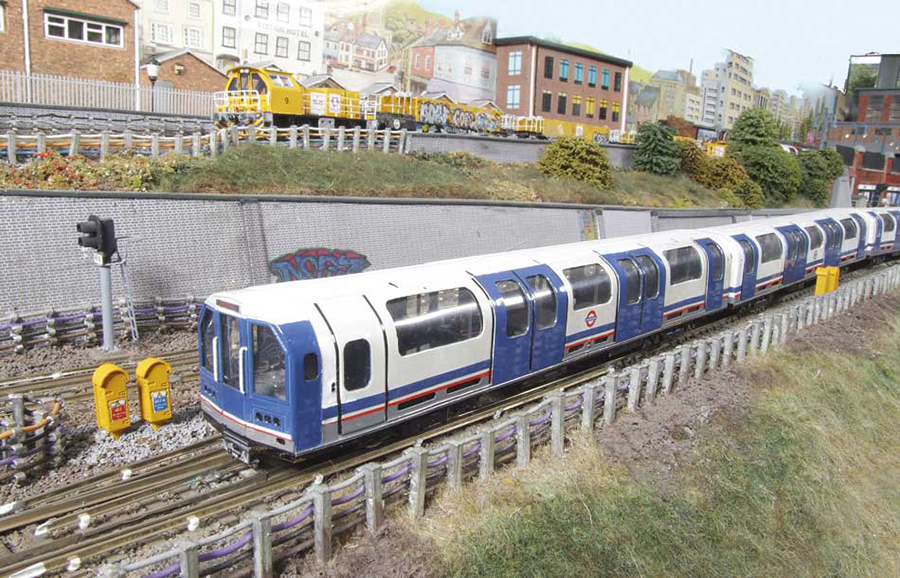 The 1992 Waterloo & City tube stock approaches the tunnel mouth whilst engineering trains are busy during a possession of the high-level tracks.

Fun fact: TV appearance
Abbey Road featured on ITV and Sky TV in 2005 in the ‘fly on the wall’ series ‘The Tube’. A day’s filming at a model railway show resulted in one minutes’ worth of TV! The series has been repeated on Sky and is now available on DVD from Video 125. 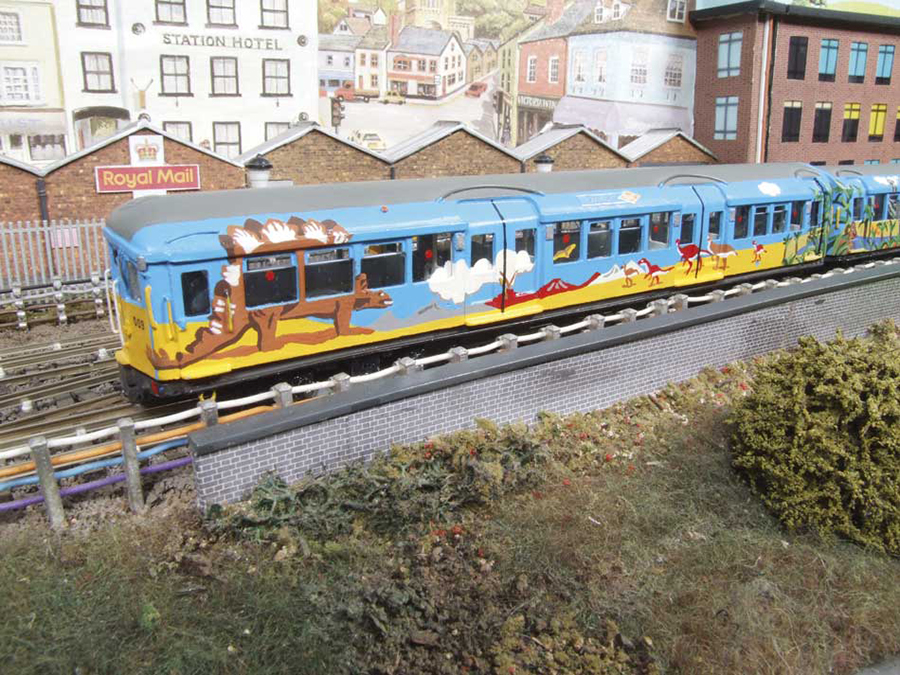 The grass is made using old carpet underlay, the hessian backed fibre type. This has been glued down using white wood adhesive and then sprayed using various colours of green/brown aerosol auto paints. Trees and bushes are generally Peco. The lineside cable posts are from Radley Models, whilst the lineside section switch cabinets, the LU station name roundels and the overhead cable gantries are by Metromodels.

If scratch-building is something you enjoy, building a model of the London Underground is sure to attract interest at shows because so many people use it, yet it is seldom modelled.