In the January BRM, you showed a weathered Hornby Dublo Volkswagen van. How did you do this, and does weathering affect the value of the model? Steve by e-mail.

As a bit of a VW fan, I've been looking for a Hornby Dublo VW van for many years. The originals aren't common, and those that appear are either tatty or expensive, or both. When Hornby announced a replica in their centenary range, I knew I'd be buying one so placed an order with my local model shop for R7248.

The model, made by Oxford diecast, is lovely. But if I put it on any of my layouts, it will stand out like a sore thumb, being far too clean and shiny. 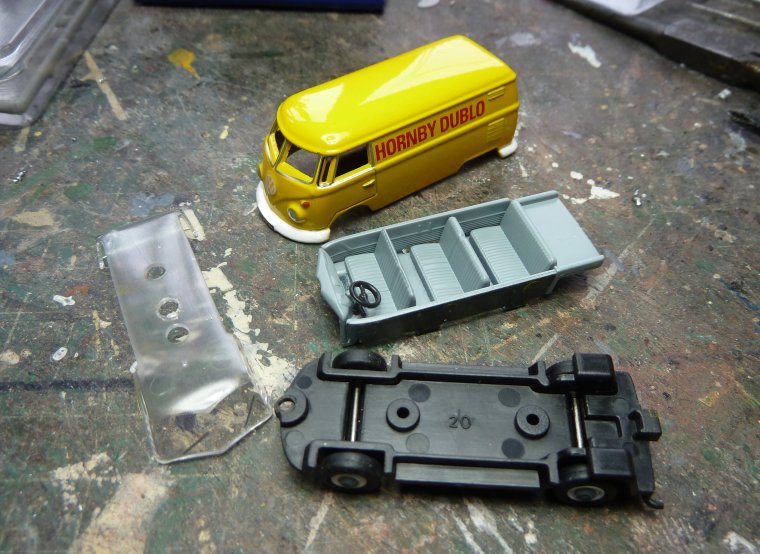 The first job is to take the van apart. A single cross-head screw is all that holds the chassis in place. The glazing is held in with a rivet, so I ground that away with a fat drill bit. It's nice to see we have a full microbus interior. Since you can't see it in the van, it makes sense for Oxford not to do another moulding as they also make the passenger version of the model. Pity the steering wheel is on the wrong side though! 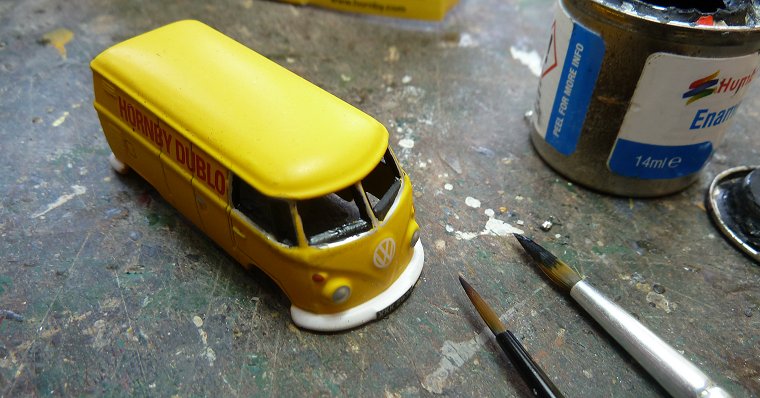 To cure the shine, the body is given a light spray of satin varnish and left to dry in a dustproof box overnight. This will also protect the paintwork for the weathering to come later.

Around the window edges, I filled in the gap between the chrome moulding and the glass with some black paint. It looks better than the yellow body colour appearing where no yellow should be visible. 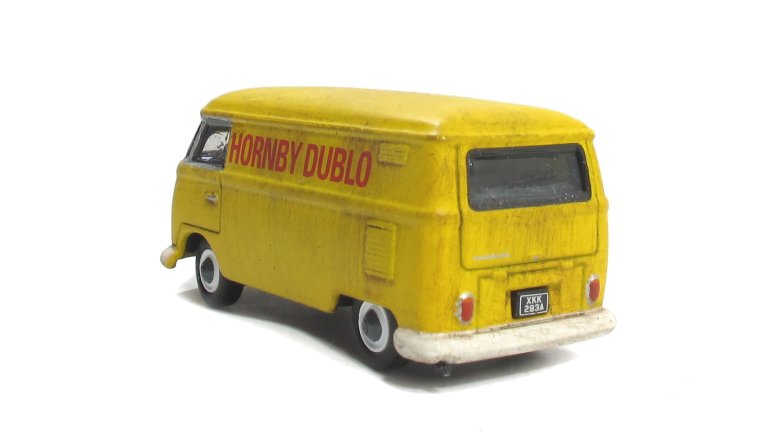 After that, a dusting with weathering powders was followed by a wipe with a damp cloth to make the powder slushy and get it into the crevasses. I didn't want this van too mucky, just to look like a working vehicle. Try to wipe downward to replicate the effects of rain, and if you don't like the result, a wash in the sink will remove the powder if you scrub with an old toothbrush.

Before reassembly, all the windows were filled with Deluxe Glue'n'Glaze to give me some flush glazing. Then, screw all the parts back in and the model is ready for service. 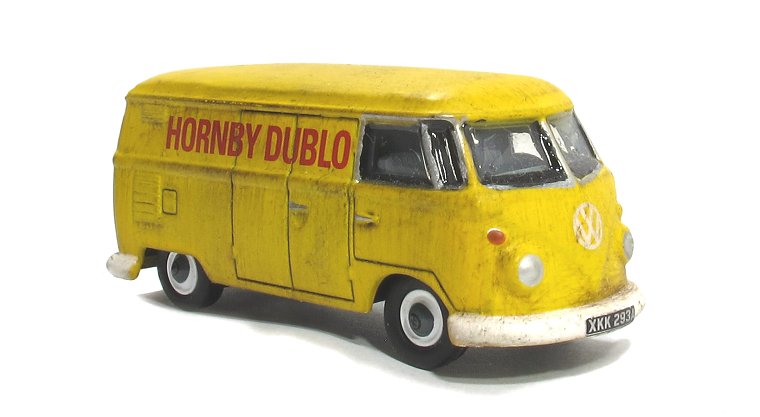 "does weathering affect the value of the model?" - it depends on what you mean. As far as the monetary value goes, even taking the van out of the box means it will be worth less to a collector. Cover it with dirt and unless you can convince someone it is "art" then the value is little more than a couple of quid.

To me though, the finished model is far more useful. Keep an eye on future issues of BRM and you'll spot it appearing in the background to a few project photos as it now fits the scene, so to me the value has gone up. More importantly, my model is unique, and I can say "I did that", which is priceless.