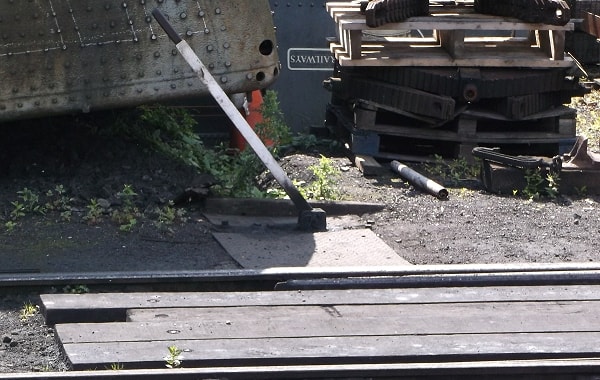 Not all points are worked from a signal box. We take a look at how you model those in a yard or shed area.

If like me, you prefer shunting yards to stations, then you are spared the worry of representing many miles of fiddly point rodding connected to a signal box. The points would still be changed, but by a man walking around, and this means there should be a lever on the side.

The photo above shows a reasonably typical example on the Severn Valley Railway. It's in the engine shed, hence the boards over the moving parts, so it's worth spending time to look at lots of photos for inspiration.  One common feature is the colour - white so shunters working in the dark stood a chance of spotting them rather than tripping over.

You can make your own levers from strips of metal or plastic, but most of us buy them in. There is still the matter of fitting them to the track. Here are three versions I've made in the past. 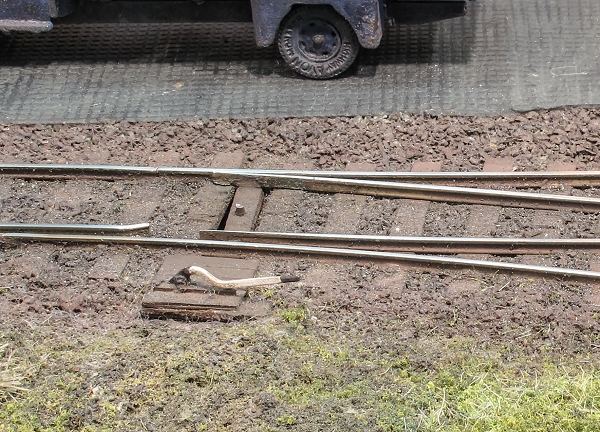 On my layout "Melbridge Dock" I used some whitemetal levers from Springside. The track is hand-made on printed circuit board sleepers, so I made those either side of the point tierbar longer to support the lever and a cover made of Plastikard.

They look good but always proved vulnerable to being clobbered by the track rubber while cleaning. A few spares were kept handy in the toolbox for such occasions. Setting the lever as low to the ground as possible helped a bit, but it wasn't uncommon for a broken lever to be seen during the show or an operator crawling around the floor looking for a missing metal part. 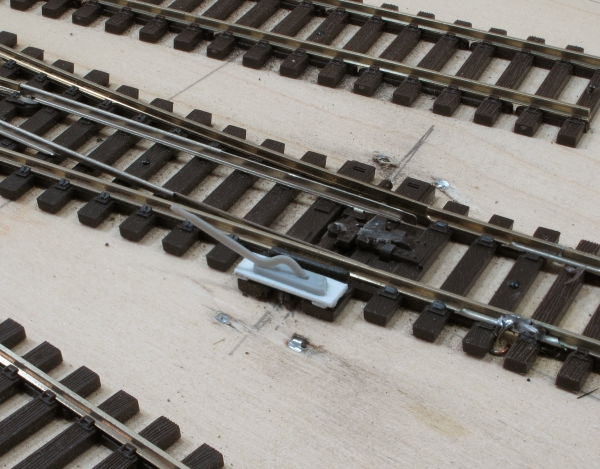 On a recent Billy Bookcase layout, I tried plastic levers from Dornaplas, fitted on little bridges on the Peco Code 75 track sleepers. These were an easy fit, pretty rugged and look good. The only snag is that they are too close to the track and some locos catch on them.

The solution is simple - extend the sleepers either with spares cut from the leftover track, or strips of 2mm thick plastic. Move the lever away from the rail by 3mm or so and it will be perfect. The joins in the sleeper won't be obvious once the track is ballasted and dirtied down. 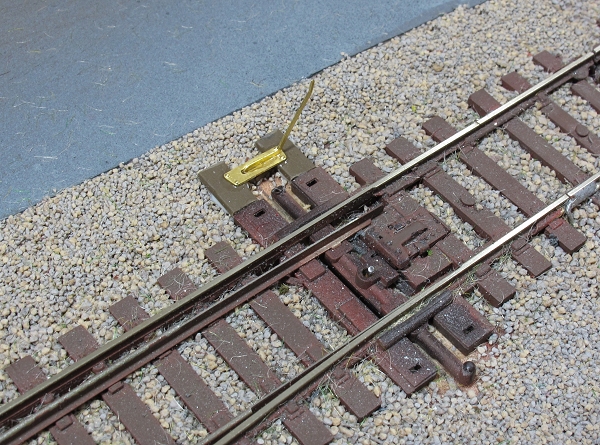 Moving the lever away from the rail is exactly what I did on BRM project "Ruston Quays". As you can see, the etched brass lever from Wizard Models sits on spare pieces of sleeper. The lever is superglued together. You could solder, but the glue joint will break if you catch it with your finger while track cleaning so you don't risk impaling yourself on the lever. Don't ask me how I know this!