This rare narrow gauge modelling scale can trace its origins back to the 1950s. Here's a synopsis of its development.

O14 is a model railway scale used to create 2ft gauge prototypes in 1:43.5 scale using 14mm gauge track. It is supported on a small scale by the O14 group and 7mm narrow gauge association. It is perceived as a more authentic track gauge than O16.5 with 16.5mm (OO gauge) track, when used to depict similar 2ft narrow gauge lines.

The September 1951 issue of Model Railway Constructor magazine saw the first appearance of the gauge, with recommendations for wheelsets and back-to-back standards. Roy Link published a new set of standards (1993 — revised 1994) in Narrow Gauge and Industrial Railway Modelling Review. 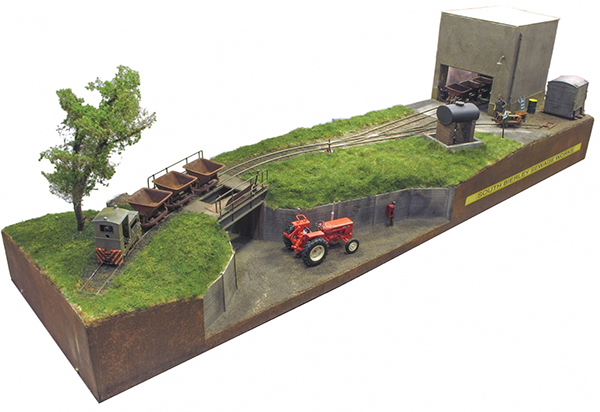 South Bierly Sewage Works, as featured in the August 2019 issue of BRM.

Popularity of scales and gauges used in model railways fluctuate as manufacturers release products or kits, though O14 can never be classed as a popular modelling scale. For this reason alone, some modellers choose it over more popular narrow gauge modelling scales such as OO9 because there is more of an emphasis on kit- and scratch-building. O14 has gained a reputation for modellers who strive for more realism and authenticity using finescale or exact prototype standards and correct gauge. Those modelling 2ft gauge railways in 7mm scale use 14mm gauge track (hence O14), 17.5mm for 2ft 6in or 21mm for 3ft.