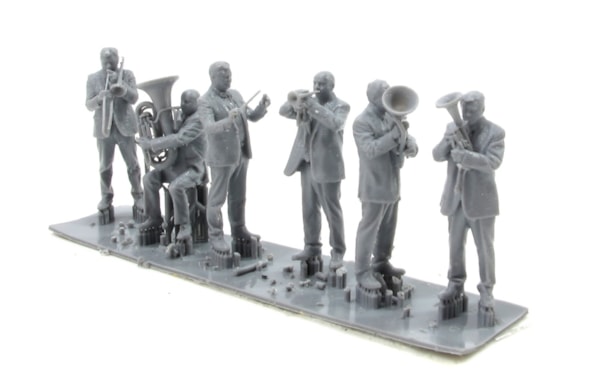 If you have an empty bandstand on your layout, these people might be the perfect way to fill it.

Re-working figures to fit a space on the layout has been a popular pastime for modellers for many years, but there are some jobs that require supreme skills, making miniature musical instruments being especially challenging. That's a shame, as since Victorian times, public parks have often centred around a bandstand, and there are several kit versions on the market.

In 1960, Airfix released a Guards band set, but they are fairly crudely moulded even for the era, and if you don't want a military band on your layout, at the very least you are going to be cutting a lot of bearskin hats away from heads.

The latest Modelu set attempts to solve the problem. It consists of six figures - a conductor and men playing the trombone, tenor horn, cornet, tuba and euphonium. 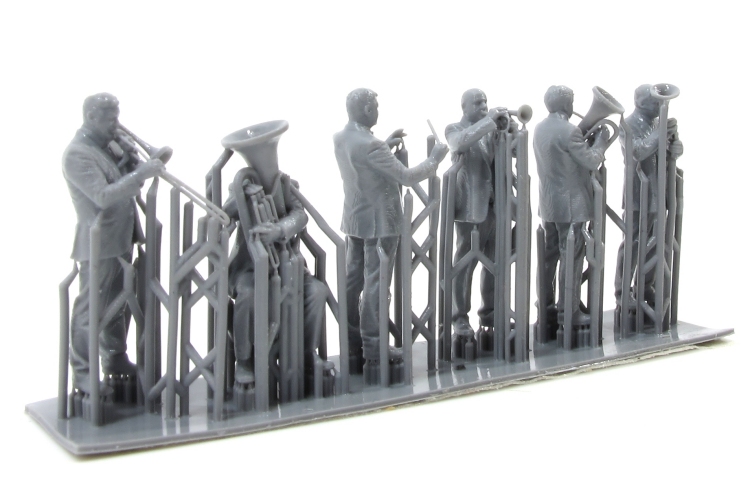 The figures are supplied unpainted, and with their supports from the 3D printing process still in place. These look formidable, but a gentle tug with some tweezers will pull them away. Any leftover nibs are easily removed with a sharp knife. The only area to be really careful with is around the trombone, as the slide tube is very fine in 4mm scale.

The clothing is nicely anonymous allowing these figures to fit in to a wide range of eras right up to the present day.

Sold as a set, pack 1629 for prices £23 upward depending on scale, the individual musicians are available separately for £4.50 upwards, ideal for buskers in your town centres, or to bolster the size of your band. 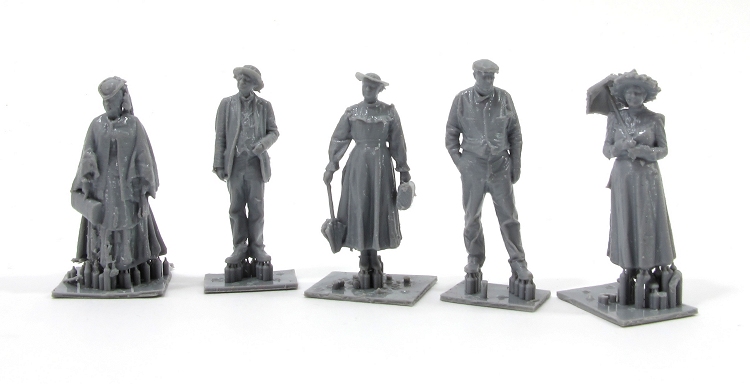 More Edwardian figures have been added to the range

All are 3D scanned from real people, and then 3D printed at high resolution. We are particularly impressed with Mrs Middleton's parasol, printed as part of the figure and yet looking remarkably delicate.

It says something about fashion that the men could easily fit in models right up to the 1960s as their working clothes didn't change that much until we saw donkey jackets and hi-vis appearing on the scene.

All figures are priced at £4.50 upwards and available in scales from 2mm to 16mm.