Irish Railway Models (the guys who started Accurascale off for the British market) have just released their Ballast Plough vans and what a wagon they are!

Five of the CIÉ/Irish Rail 24850-24854 series vans were introduced in 1978 to supersede elderly pre-grouping vans for the Civil Engineering Department. They usually ran in pairs, top-and-tailing ballast hopper trains across the Irish railway network until their withdrawal in 2013.

The models were announced in March 2018 and are now available, as twin packs, in three different packs with livery variations across the CIE and IR eras.

Our review sample is Set B in Irish Rail engineers’ yellow; they are certainly bright! They will make an interesting weathering exercise for the modeller. See a weathered version of the wagon below. 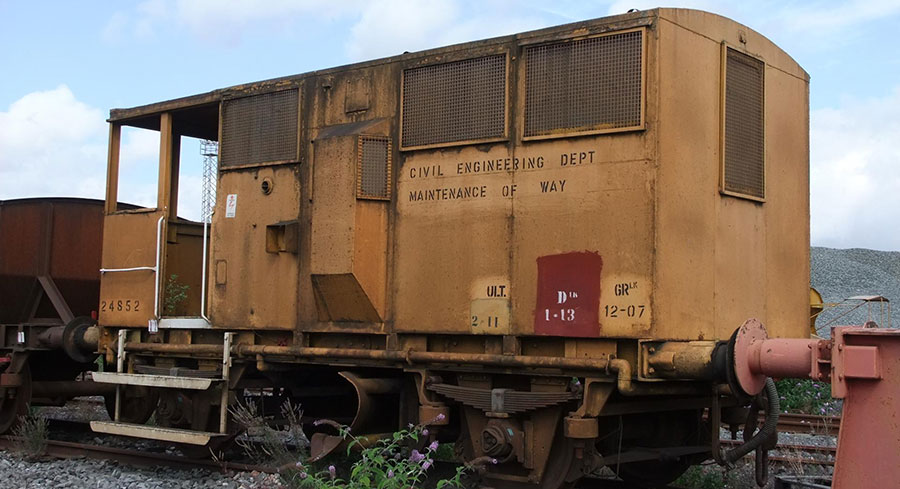 Priced at 119.95 Euros for a pair the average British modeller may instinctively wince at that headline price  but bear in mind the production runs for the, mainly, Irish market are going to be lower and the vans do offer a lot more than the average brake van with working directional tail lamps and interior lighting so the fully detailed innards can be seen including the large wheel used for raising and lowering the plough blades down to track level. The etched mesh protection over the windows is excellent but looks even better once those interior lights come on. Detail abounds all round but none more so than when you turn the model over with fine equipment and braking system.

While you’ve got the wagon turned over, you’ll note the two switches for turning the interior lights on or off and the second one for the directional tail lamps. The pick-ups for the lighting contact the rear face of all four wheels. The lights can be controlled via DCC too, one decoder for each van and for that you’ll need to get inside, the body clips on and can be levered off from those ‘tabs’ which come down from the body over the solebar. Inside you’ll see the circuit board with 8-pin socket housed in the roof area above that interior detail, once fitted the lights can be controlled with F0 and F1.

Once you have been inside and fitted the decoders it would be the best time to fit the two additional pipe runs supplied with the pair which runs along the solebar with a fixing hole towards the centre of the underside. 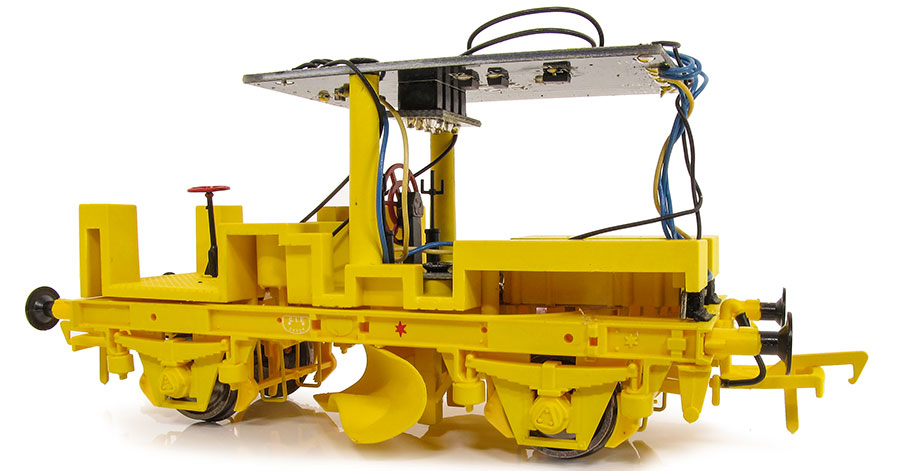 The taillamps do exactly what you’d expect them to do with the two small LEDs, mounted inside the wagon and remaining intact when the body is removed, shining through the red lamp lenses. The lamps are mounted only on the non-verandah end of the van as the verandah always faced inwards onto the rake of ballast wagons.

There may have only been four of the wagons but they are certainly interesting and will appeal to the collector as much as the modeller. 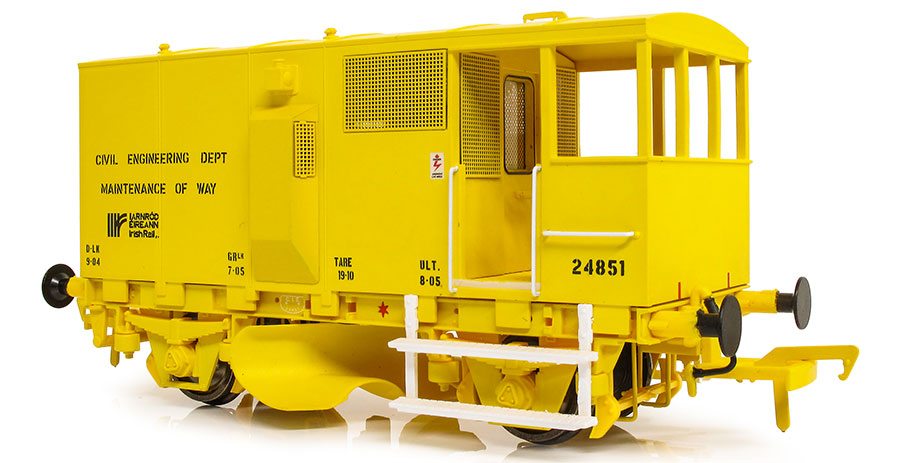 Irish Railway Models have provided some useful tips on opening the vans up to fit a decoder here.

Watch our unboxing video of the new wagons below.