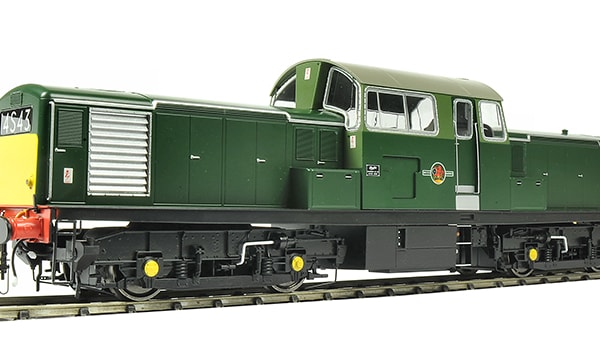 For modellers of the Scottish and North of England regions in O gauge, this new release fills a locomotive gap of a prototype with a short and unfortunate history.

The story of Britain’s dieselisation of its motive power is well told, with British Railways' rapid commissioning of many unproven types, some successful, others far less so. The Clayton Equipment Company (Clayton) Type 1 – later Class 17 – fell into the latter category. Plagued with engine reliability problems, on paper the Class promised so much, incorporating innovative design features, yet its unproven power units and the tasks for which these locomotives were constructed ending were to cut their lives short. Some would be retired after as little as five years’ service.

Placing an order for 117 Type 1 units to fulfill its like-for-like requirements in steam locomotive replacements, British Railways took delivery of the units between 1962 and 1965, placing faith in the proposal from Clayton Equipment’s design, to the extent that it was to become its new standard Type 1 design, replacing further orders for the English Electric Type 1s. 88 of the locomotives were built by Clayton, the remaining 29 by Beyer Peacock of Gorton, Manchester.

With a spacious cab interior offering panoramic views, centralised for driver visibility, the design sought to alleviate the problems encountered with the English Electric Type 1s when running nose first. To guarantee visibility, large front windows were installed and low noses featured, though these left little room for many ‘off-the-shelf’ marine diesel engines and a generator. The two engines installed in locomotives – one under each nose driving a GEC generator – were horizontal six-cylinder turbo-charged Paxman engines of 450hp. BR had tested the prototype locomotive briefly with its aluminium-cast crankcases, though through further testing, Paxman had encountered problems with threads and failures in the cast material. 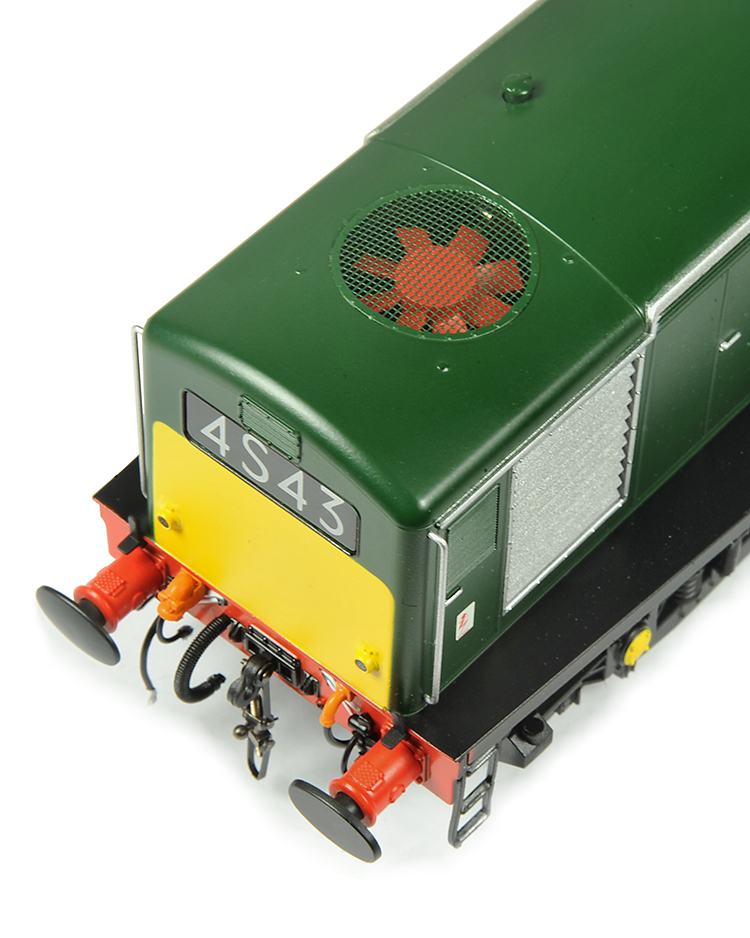 Not long after entering service, problems arose leading to poor availability of the class and seeking to remedy the problem, Paxman replaced the crankcases for cast iron across the majority of locomotives at great expense. D8586/8587 were fitted with a pair of Rolls Royce D 450hp engines. However, by this time, the reputation of the class was tarnished and the work for which they were constructed was being reduced as smaller mines closed and ‘merry-go-round’ trains took over. In addition, BR had ordered a further 100 Type 1 units from English Electric and these would now become the standard Type 1 locomotives. By 1971, the class was withdrawn by BR. D8568, the only surviving member of the class is preserved at the Chinnor and Princes Risborough Railway, on the Buckinghamshire and Oxfordshire border, and owes its survival thanks to its post-BR career at Hemelite blocks of Hemel Hempstead and Ribblesdale Cement Co at Clitheroe.

Design-wise, I quite like the Class 17 with its Germanic centre-cab looks, very similar to the DB Class V 100 locomotives of the late 1950s. Heljan has previously produced more than one batch of Class 17s in OO gauge, and so is now well-versed in the prototype. In addition, the Clayton Equipment Company and a prototype survives, making research that bit easier – no excuses for dimensional inaccuracies, then! 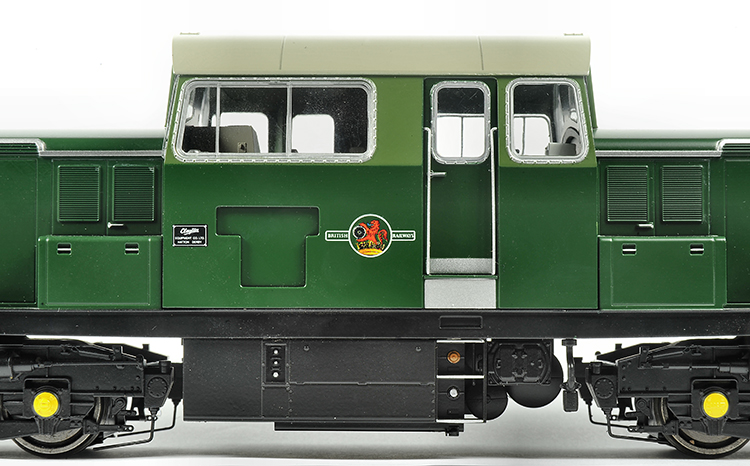 Casting a rule across the model, it’s spot on and looks a ‘Clayton’ from every viewing angle. The spacious cab with its tablet catcher for working the single lines of Scotland is well-captured, and the large glazed windows are framed well with rivet detail. On our sample, a windscreen wiper was missing, another bent, but I suspect this is an isolated issue. These are incredibly fine and look spot on, but be careful when unboxing as they are prone to foul on the packaging. Look closer at the large underslung fuel tank and battery location and you’ll find a depiction of gauges and a drain cock – the prototype fitted with an innovative fuel overflow prevention device. Air reservoirs are also depicted and modellers seeking to weather the underframe might wish to run a little model filler into the mould seams of these.

As far as animation is concerned, Heljan’s model is perfect in all respects. Rotating nose fans are fitted as standard, and the manufacturer has made provision for an ESU smoke unit, if desired. A speaker grille underneath the fuel tank and plug and play DCC capability will make conversion simple, and some retailers are providing this service for an additional cost. Cab and directional lighting further enhance operation, while working screw-link couplings and sprung buffers are fitted as standard. Oddly, on the last-mentioned, the left buffer appears to have a more domed head than the one to its right with a more realistic appearance, and this appears to be a feature across all models. Flattening the head with a sanding stick before repainting both heads to match would be a quick solution.
On test, the model has exceptional low speed abilities and the fitment of smoke and sound can only add to the drama of operating a twin-engined locomotive. 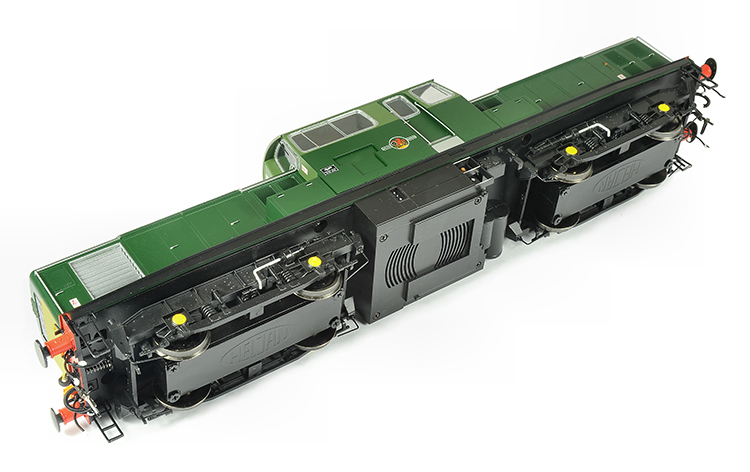 Paint decoration is to a high standard, bar a little overspray on the silver bonnet lines and to the sides of the bufferbeam. These little niggles could be hidden through weathering but would be more difficult to correct if looking for a locomotive in pristine condition. I’d recommend a little T-cut and subtle weathering.

For modellers of the Scottish and North of England regions in O gauge, this new release fills a locomotive gap with a short and unfortunate history. Small fit and finish niggles aside, the design of this model is exceptional and observing pairs hauling mixed freight or coal trains on a layout, to the sound of four engines ablaze would be a sight to behold.