Hot on the heels of its OO gauge counterpart, Andy York reviews this military wagon from the N gauge manufacturer.

The Graham Farish range now sees the introduction of the WD 40T ‘Parrot’ Bogie Wagon in N gauge to follow on from its OO gauge sibling. 250 wagons were constructed in 1917 to the standard LNWR 40T ‘Parrot’ bogie trolley design for the War Department – for use at home and by the French Railways during WWI. After the war, 25 of these were passed over to the LNWR to join the original ‘Parrot’ wagons and a further 140 were sold to the Midland Railway, plus some to the Caledonian Railway. 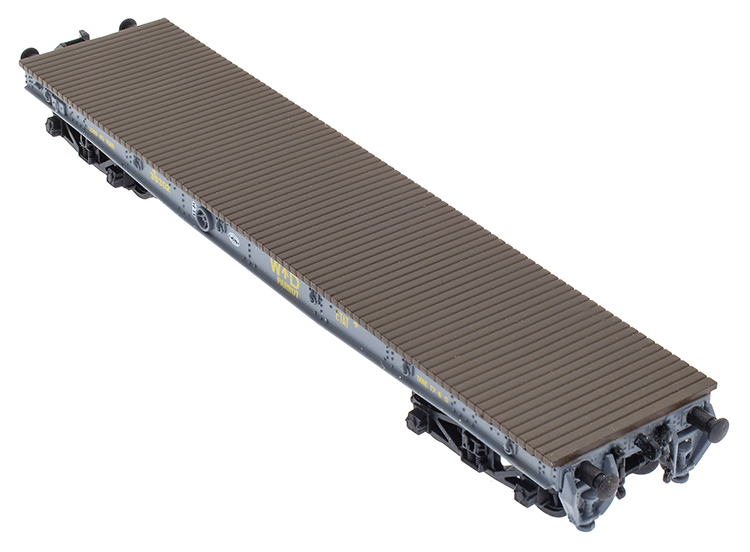 The remainder of the wagons were either left in France, or retained for use by the British Military. At the time of the Grouping in 1923, all the wagons in railway company ownership became part of the LMS fleet. By WWII, the original 40T ‘Parrot’ wagons were requisitioned by the War Department and the design was modified featuring a fabricated side profile, disk wheels, vacuum braking and harder springing to become one type of ‘Warflats’. 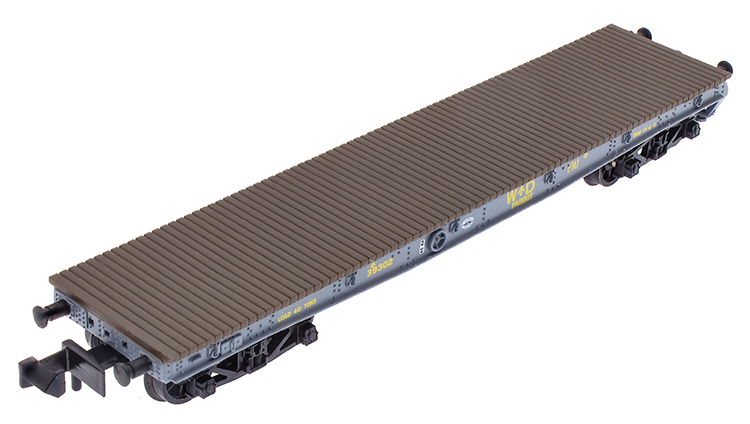 Our review model in WD grey livery is suitable for use at home or in France with its ‘Etat’ markings, which denoted that it was state rather than railway property. The basic model as removed from the box is fitted with standard Rapido couplings, and the detail pack includes brake pipes, load-securing chain and hooks, plus the screw-jacks as shown at one end of the wagon in the pictures. Fitting these jacks, which were used to stabilize the wagon in loading/unloading situations, may impede the swing of the bogie when the standard coupling is used dependent on the modeller’s curve radii, so some testing may be wise before jumping the gun and gluing them in place. 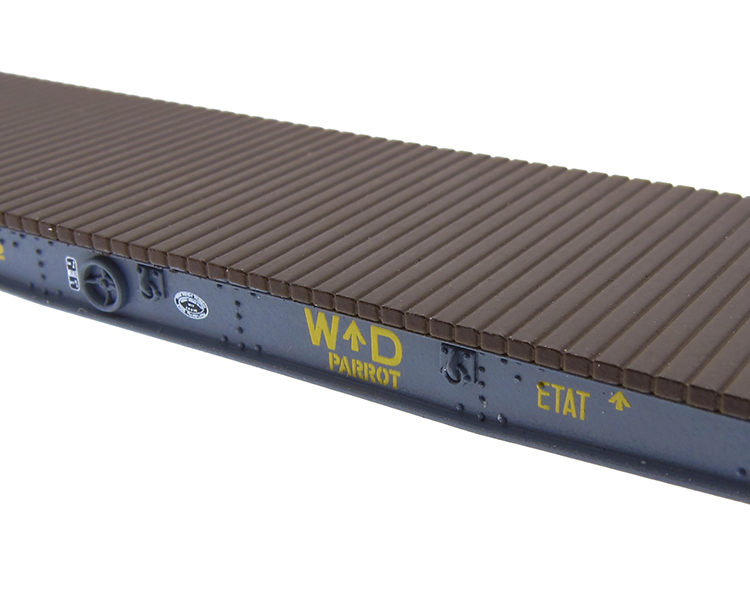 The decoration, at first glance, may seem minimal but what’s there is accurate and well defined with builders’ plates on the solebar clearly visible. No tank load option is available, as with the OO gauge model, but I have found 1:148 scale tarpaulin-covered Mk. V tank-shaped loads on eBay at a reasonable price to enable a France-bound train to be portrayed. Graham Farish has also launched the model in LMS grey for later usage in general traffic with appropriate markings, which includes a detailing pack with bolster and stanchions to be fitted to the wagon bed. The model is of great interest to a number of people modelling the Great War period, but its usefulness extends well beyond that time.