“The running qualities of the model are excellent”, says Andy York with an examination of its latest EMUs.

Arguably the N gauge scene has a larger range of modern multiple units than OO gauge, and this is further added to with Graham Farish’s Class 319 model.

The launch models include 319004 in revised Network SouthEast livery, suiting the early life of the units from 1987 to 1996 for its Thameslink service from Bedford to South London and Brighton destinations. Following privatisation, 319382 sports Thameslink dark blue and orange for the 1996 to 2006 period as the second product.

Thirdly, as reviewed here, the Northern Electric livery for services from Liverpool to North West England destinations within the Northern franchise in the all-over purple livery worn from 2015 to 2016. This is before adoption of the white and purple graphics on units after they were displaced by the introduction of Class 700 units for Thameslink services. 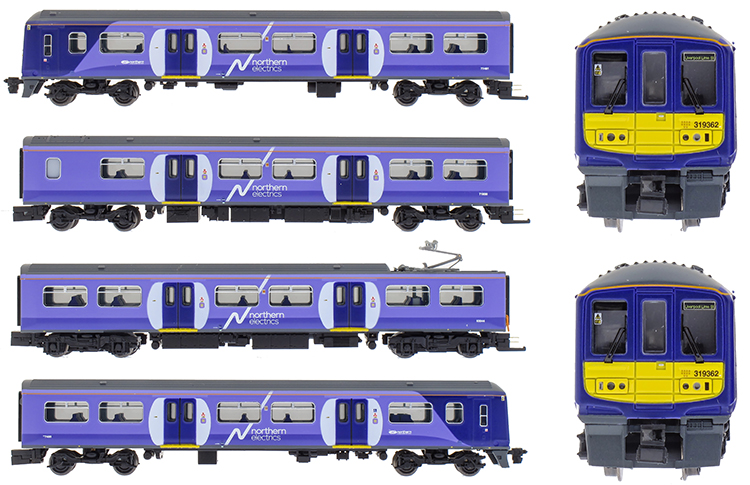 The outer ends of the unit are fitted with a functioning representation of a MU coupling, which is a simple push fit and can easily be separated again, although it leaves a greater than scale spacing between the units. 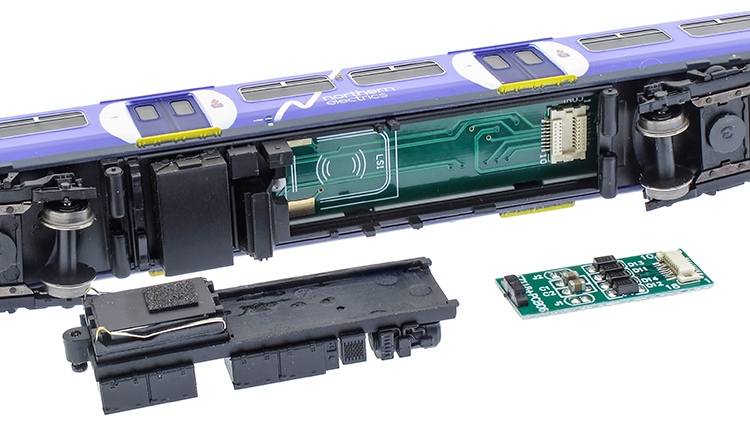 There are several more livery permutations available for future release potential and it will be enjoyable to see these impressive models in action on exhibition layouts.