A pleasant surprise this week in the office as a new O gauge arrival from Darstaed landed on my desk. Its 57ft Mk. 1 suburban coaches are part of a series of rolling stock releases from the manufacturer, following its Mk. 1 coaches a few years ago. Its Thompson coaches will follow shortly, anticipated early next year. From the simplistic blue packaging, with a polystyrene inner, it's a no-frills solution, but gets the job done. I fit in the category of those who'd rather see more attention to detail on a model than its packaging, anyway. This manufacturer has a history spanning many decades, of which we are reminded by the gold design embellishment around the window in the box with the words 'Coach builders since 1966'. A heritage it is keen not to be ignored. 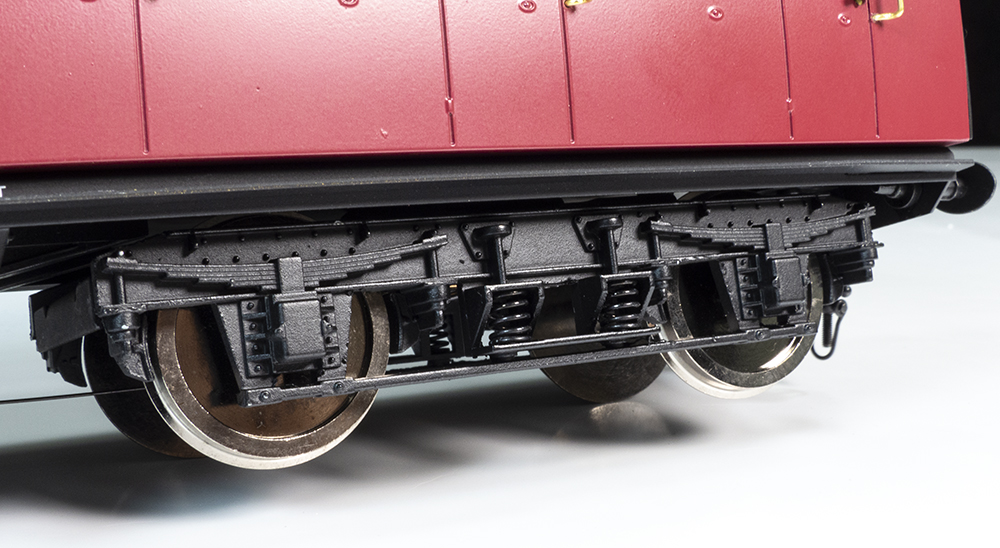 You can't help but cast a rule over the model before getting to grips with the detail. The 57ft underframe of the coach scales out correctly and the curvature of its sides from the ends look accurate, too. For the purposes of detail, it has to injection-mould the roof of the coach, ventilators and roof segments accurately depicted. Most importantly, they appear to scale. The ends of the coach are injection-moulded plastic, too. Painted a satin black colour, they are detailed with separately-applied handrails and lamp irons. What raises the bar in its accuracy are the brass sides, where detail is sharp as a consequence. I think it's a requirement on such a model, not because 'it's traditional' or 'it's expected', but because of the strength it provides and the finesse of the windows as a result. The glazing can be far flusher as a result. The windows play a large part in the overall makeup of this model and their appearance is faultless. The doors are easily discernible, too. Lines in the bodywork outline their presence, with an impression of the door hinges, however, three packs of these are supplied in the packaging for the modeller to fit to the model individually - three per door - if desired. It's a process that will require a little patience to complete, avoiding traces of glue on the pristine finish of the bodysides, particularly if you have a rake of these coaches to undergo treatment. 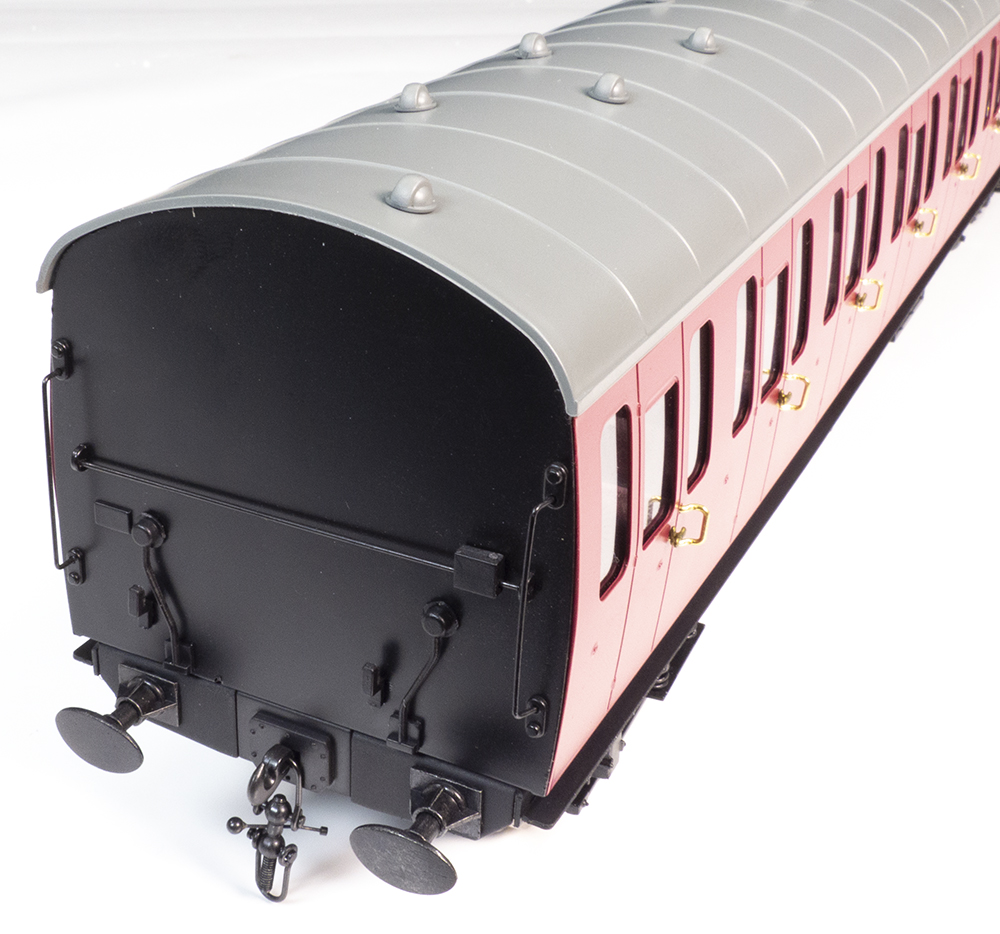 End detail is well-observed, though some might find the couplings a tad overscale - an item easily replaced. 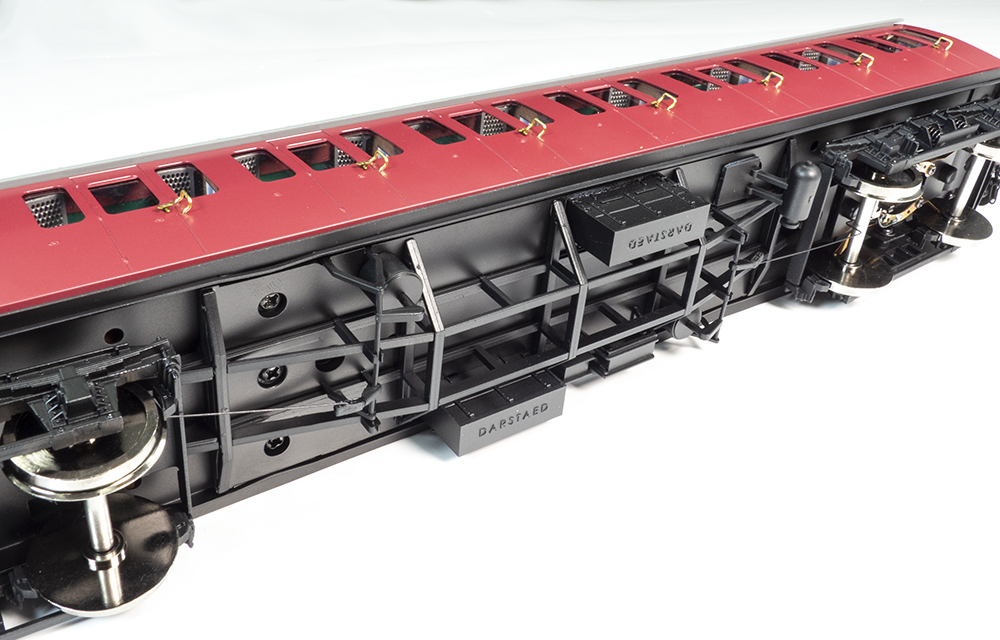 Underframe detail is superb, with dynamo, battery boxes, brake gear and trestle supports represented. Note the pickups for the interior lighting on the furthest bogie.

Unlike modern rolling stock with tinted windows, the coaches of yesteryear had interiors quite visible from the exterior. The seating has been represented in full, covered with an impression of the upholstery used - an effective touch - they look inviting and comfortable! A closer look at the inside of these compartments reveals the trio of travel posters above the bench seating, above which are the etched luggage racks. Bringing all of these to life is an interior LED light bar, collecting current from one of the compensated BR1 bogies, the appearance of which look greatly improved over its previous Mk. 1 coach releases. These small details harmonise to elevate the quality of this model well above average, and it's then that its £169.00 RRP hits home - this is a coach that has value for money written all over it!

I've always associated the Darstaed name with model railways that run in the great outdoors. Designed to be rugged and withstand handling, though quite acceptable from a distance. This latest model release however hasn't just blurred these lines, but flipped it entirely on its head. This is a high-quality and detailed range of coaches and I suspect many will see use on indoor layouts as a result. Highly-recommended. Read the full review in the November 2019 issue of BRM, on-sale October 10.