Andy York appraises these wagons from Accurascale, based on the batch of 50 created during the late-1950s and early-1960s for steel traffic.

Riding on the coat-tails of Accurascale’s MDO/MDV, we get treated to something a little special and unusual in the shape of the Coil A – BR diagram 1/412 to Lot 3450 steel coil wagon.

Facing demand for transporting different types of steel in the late-1950s and early-1960s, British Railways at its works in Derby diverted 50 21ft 6in chassis, which were intended for 21T mineral wagons and adapted them by adding an 18in long well, lined with wood to enable steel coil loads to be transported. The cradle was fitted with three movable bars that supported the nylon hood. 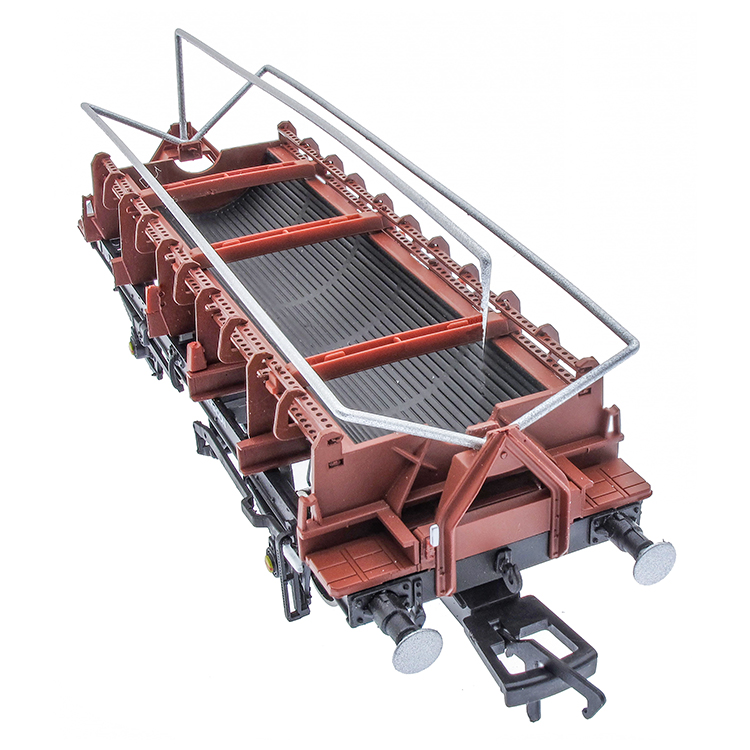 When first built, the ‘Coil Wagon’ brand was carried on the wagons until the mid to late 1960s, when they were then branded ‘Coil A VB’ and later ‘Coil A’ to differentiate the two designs. The A code was added to the earlier design once the first Coil B entered traffic. Under TOPS, the designation KAV was used, which was later changed to SFV and SFW (for the surviving wagons which were air-piped) from 1983 onwards.

1/412 Coil Wagons were first allocated for cold reduced coil traffic from John Summers, at Hawarden Bridge during 1962 and by 1975, 35 vehicles were in Pool 3019, working Hawarden Bridge to steel terminal locations. By 1971, examples of Coil A wagons could also be found at South Shields, and at Middlesbrough by 1975, by which point 15 were allocated to Pool 1307 on hire to the British Steel Corporation at Motherwell. Thus, although not numerous, they were wide-ranging. 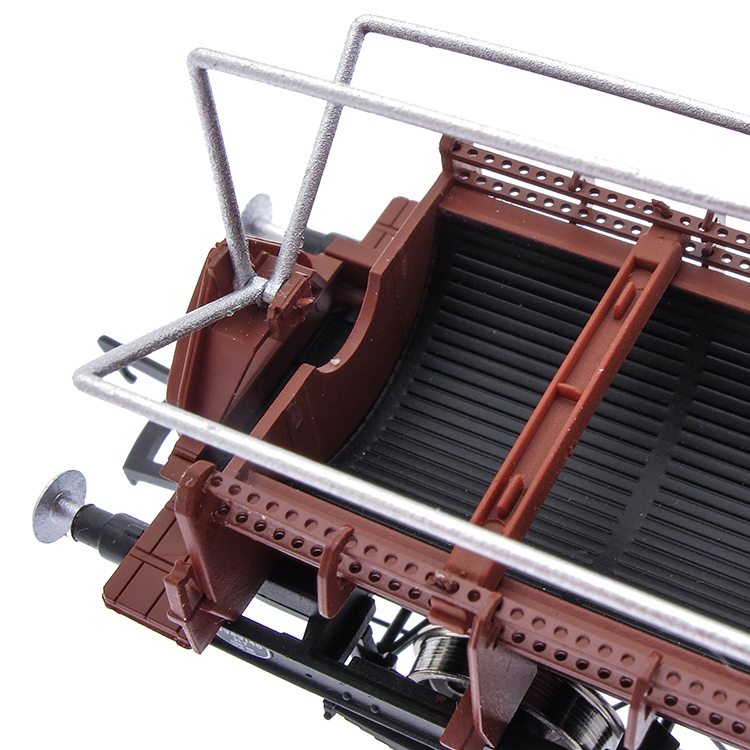 They were also found working to British Leyland at Swindon, Brierley Hill and to Ford at Dagenham. By 1984, the 29 remaining vehicles were used on South Wales workings, particularly to Newport Docks where most of the survivors collected but also to Hamworthy Docks at Poole. In 1986, several examples worked to Avonmouth but by early 1992, the 21 surviving vehicles were all operating out of Llanwern, but only to the end of the year, by which time the last examples were scrapped.

Despite these wagons having run with the tarpaulin in place only, Accurascale, with its drive for detail, has modelled the interior beneath the canvas cover, which can be easily removed to allow for cameo scenes in loading sidings. 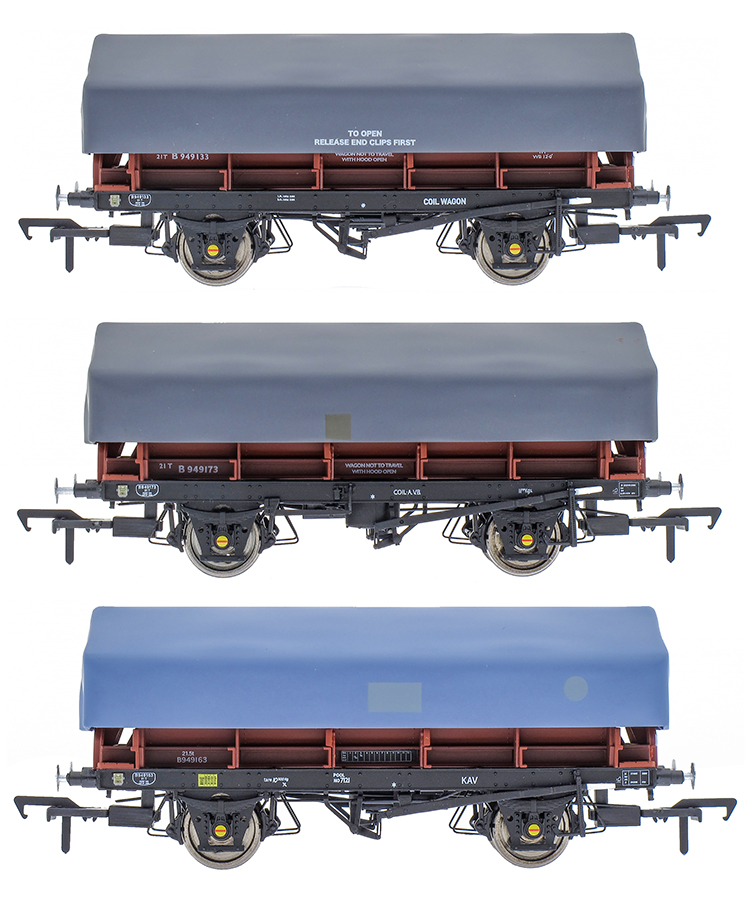 The chassis is to a high standard, but the body and fittings are an absolute delight of detail. I particularly like the natural unevenness of the tarpaulin, which is one of the most obvious features when the wagon is formed in a train. Such trains can be a short block or individual wagons in a mixed rake.

Three packs of three individually-numbered wagons will be available, covering various stages of pre-TOPS and then the TOPS era KAV-coded wagons to reflect their operational lives from the early 1960s up to their withdrawal in 1992. It’s an unusual wagon, but well-executed and I can certainly find an excuse for some.