We a look at the latest item of Manx rolling stock produced in 1:20.3 scale for garden railways.

A distinctive feature of these vans is the diagonal planking to the main bodywork. 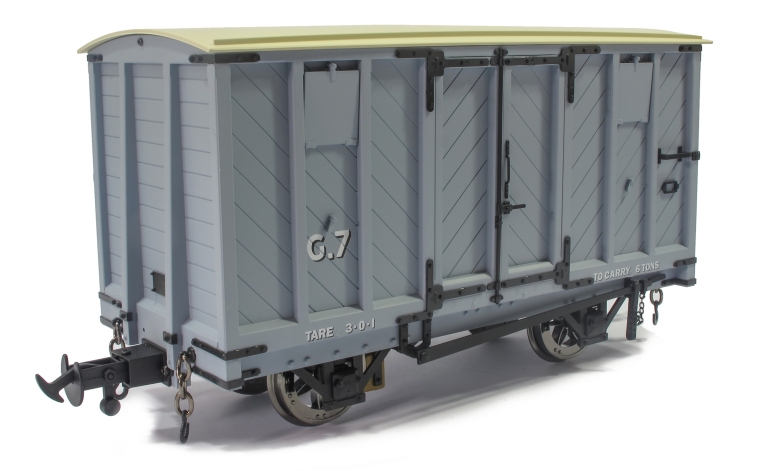 Based on the Ashbury chassis  first developed for the two plank IOM ‘M’ wagons, these vans are  fitted 45mm gauge spoked metal wheels with accurate surface detail. These are blackened, but would benefit from a touch of matt black paint as the blacking is quite shiny. 32mm gauge wheels are supplied with the model. 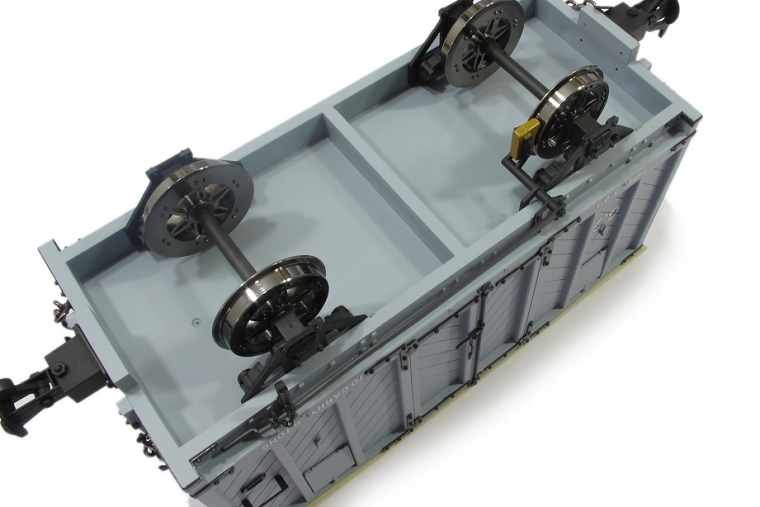 Several versions are available, these being with and without the unusual covered "porthole window” ventilation, and with livery and lettering variations to cover the full nine Van class. A plain data version is also on offer for those not wishing to be tied to Isle of Man workings.

The vans were classed as follows, G1 to G4 and G8 unvented, whilst G5 to 7 and G9 have the porthole ventilation.

Unlike previously released Isle of Man models from this manufacturer, this series has the standard Accucaft couplers  fitted, with the option to alter coupling heights to suit the purchaser.

Running these vans in a train can be done by marshalling them either between the loco and passenger stock, or simply adding as tail traffic, the IOM Railway being at the time untroubled by many running regulations requisite on the adjacent islands, and indeed without vacuum braking! 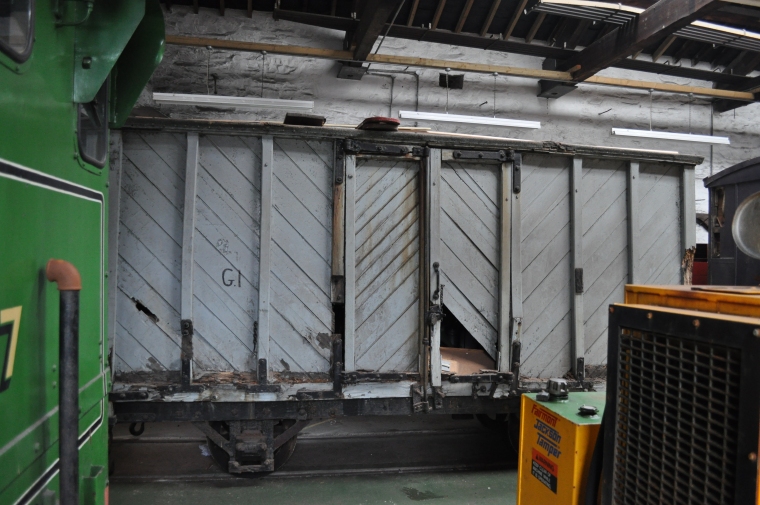 All but one of these rather elegant vehicles have long since disappeared, but happily, the very  first, G1, has miraculously survived, and after lying in a forlorn state for a good number of years is presently being rebuilt on the Island, financed by the Isle of Man Railway Supporters Association. It is hoped that the van will return to traffic in the not too distant future, to be used for special events and photo charters.