Stalwarts of passenger and freight haulage along Britain’s Western-most electric artery for more than half a century, the Class 86 was British Rail’s answer to replace steam locomotives along the newly-electrified West Coast Main Line. From 1965 to 1966, 100 members of the sixth design of AC locomotive were introduced, numbered initially E3101-E3200. Construction was split between English Electric at Vulcan Foundry (60), and British Rail’s Doncaster Works (40).

Not without teething troubles, causing track degradation because of axle-hung traction motors, rather than frame-mounted motors as per earlier AC locomotive designs, a remedy to the additional unsprung weight was sought in the shape of flexicoil suspension. Trialed by its Research Division, British Rail soon rolled out the ‘Zebedee’ modification – a name garnered by enthusiasts – to the fleet, from 1969. 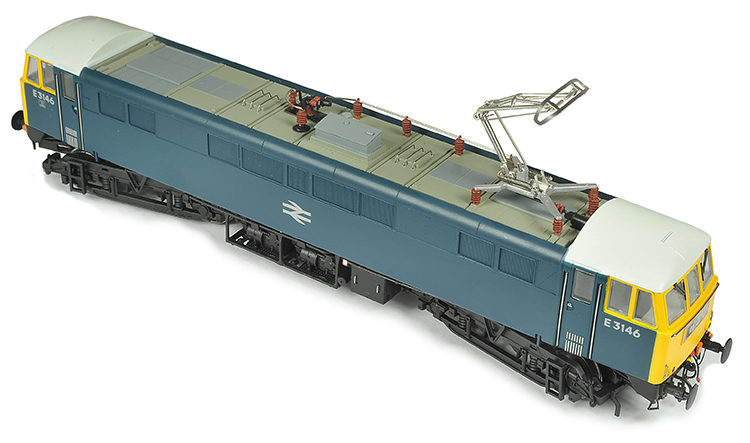 Heljan is revisiting its Class 86 models, and has opted to commence where the story began, with iterations of the Class in its as-built state, without flexicoil bogies. Kindly sent for review by the manufacturer is an example of (8653) E3146 in BR blue with full yellow ends and white cab roofs. From 1971, the Class was numbered into the TOPS 86001-86048 series, with others, following bogie modification, becoming 86/2. Three locomotives 86201-203 were fitted with BP9 bogies for its Class 87 development, soon becoming 86101-103 after the creation of the 86/2 sub-class. 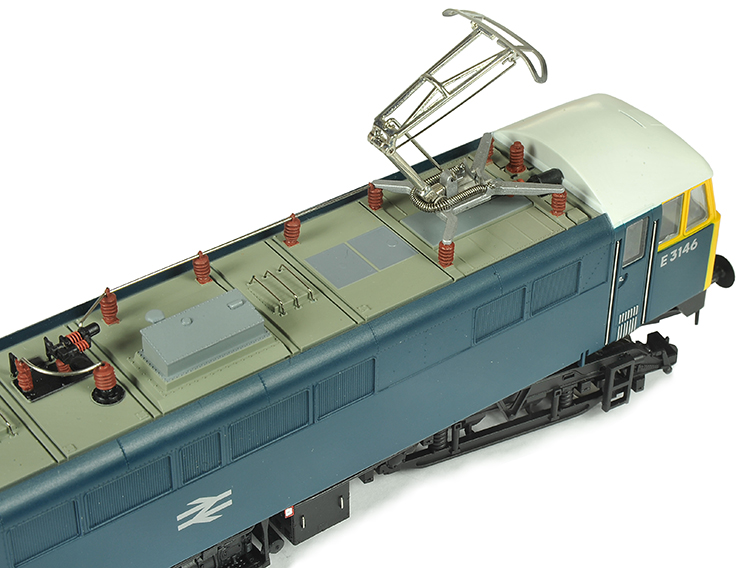 Proportions of the model look right. When handling, air pipes required adjustment to prevent fouling the NEM coupling. Unusually, these were pre-fitted to our sample, rather than included as an accessory. Owing to their fragile nature, if you plan on running your locomotive around second radius curves with tension-lock couplings, these are best left off.

Curiosity soon got the better of me, and it wasn’t long before I was inspecting the pantograph on the model. Of the Stone-Faiveley type, it is robust, being die-cast, with an etched metal collector head. Being lightly-sprung, it is quite capable of conforming to the undulations of real model catenary, provided this is of strong, soldered construction. A coupling rod and guide move with the upper and lower arm to keep the slide plate near-parallel to rails, though admittedly, there is a minor tilt fore and aft in the arc. The mechanism is stowed with a gentle click into position – very functional. 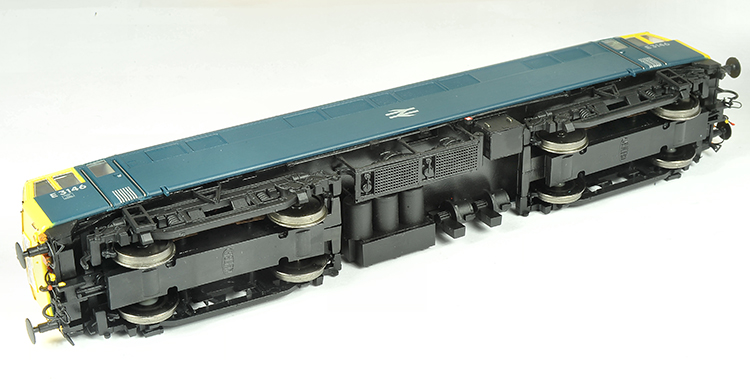 Bogie detail is somewhat simplistic, though representative of these earlier versions of basic external design. Side frames are retained by an interference push fit onto two lugs, and so can be easily substituted by flexicoil versions by the factory at a later date. A bonus for the modeller too, should a bogie swap become necessary in future after changing liveries – let’s hope spares are in ample supply.

Continuing the sturdy theme, underframe compressors and their frames are cast, too. A vulnerable area when handling, modellers shouldn’t be wary of picking up the model for examination. Buffer beams are injection-moulded in plastic, though directly behind these is the die-cast chassis. This area of the model feels capable of withstanding all but the worst of collisions – meeting the floor!

Interior cab detail – not including the seats – is moulded. When looking through the clear cab glazing of this non-weathered model, it’s perfectly acceptable, though more discerning modellers who might wish to benefit from cab lighting using the 21-pin DCC socket fitted could paint the control levers and switches, and add a crew at the same time, if desired. A light weathering of windows and most of this interior detail is hidden from view. 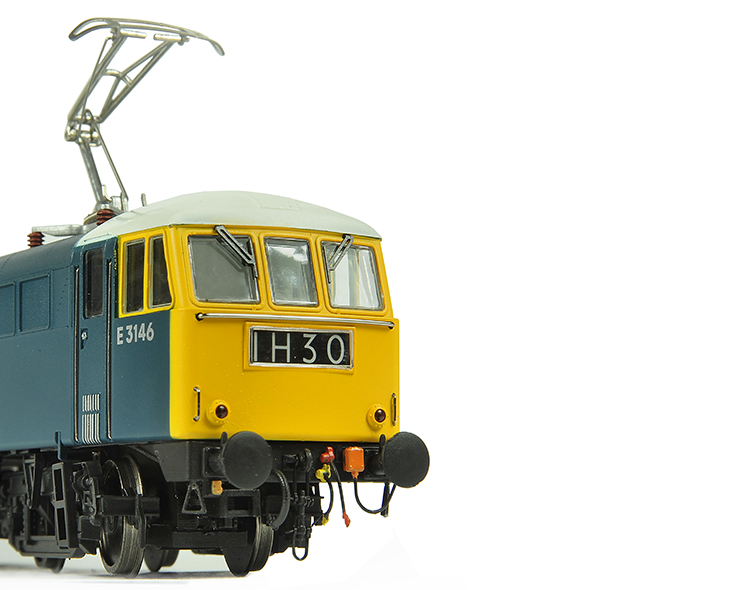 Roof features are exquisite, and this with the upper side-panel detail either side of the bodyshell are some key highlights from this tooling. Oddly, the bodysides of our sample carry very light sanding marks underneath the paint. This and a few speckles of paint to the same location on the yellow of each cab were the only minor imperfections I noticed in an otherwise far better paint job than I could hope to achieve. A little weathering would hide both, though I suspect it's isolated to our sample.

On test, as per tradition, this Heljan model came to life. Smooth, easy running and capable of its scale 80mph top speed, it wants for nothing. Scale-length trains for long running sessions is what this model feels capable of doing. Servicing or sound installation is easily accessible thanks to a clip-on bodyshell.

Buffers, small pipework and occasionally, areas of the bogies show signs of flash when cut from the sprues before assembly. Most – if at all visible – are simple to correct with a scalpel, before touching up with a suitable colour of paint.

West Coast Main Line modellers of the late-1960s to early ‘70s can bolster their locomotive fleet with this new addition, and with other liveries available too covering the TOPS era of BR blue as part of this new range, locations such as Norwich, Ipswich, Harwich and Cambridge to Liverpool Street can now be tackled. So, who’s in?