Finding itself with a need for additional steel coil carriers at the same time as a sizeable number of its JTA and JUA (formerly PTA) iron ore tippler wagons became surplus to requirements, in 1996 British Steel commissioned Marcroft Engineering of Stoke-on-Trent to rebuild 56 examples to convey coils for its Strip Products division. The wagons were outshopped with three-stage telescopic hoods and were painted blue with white text, in keeping with the company’s famous branding. 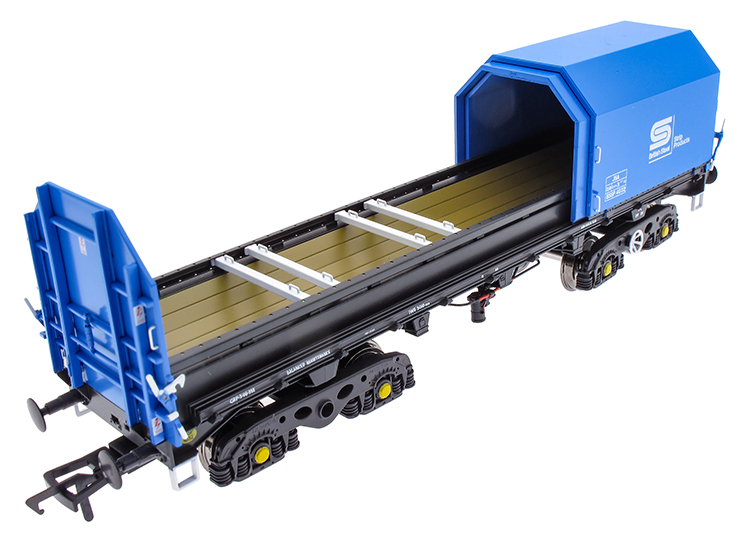 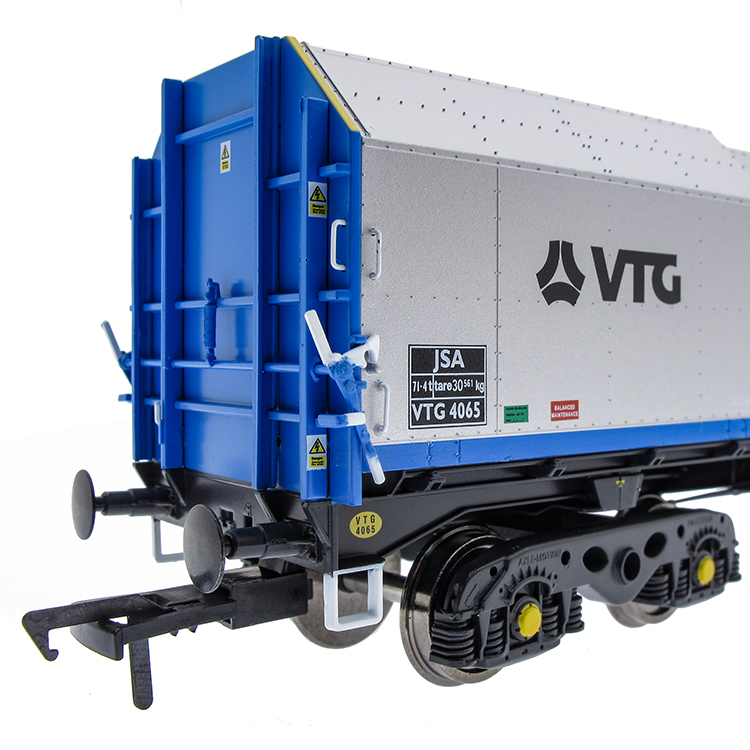 In the early 2000s, ownership of the wagons transferred to rolling stock leasing firm, VTG. Around this time, the original flush-sided plate steel hoods began to be re-panelled with a riveted aluminium skin, which bore the logo of the wagons’ new owners. Throughout this time, the wagons continued to serve the sites for which they had been built on the same services. In 2018, Arlington Fleet Services began to refurbish several JSA wagons at its Eastleigh workshops. As part of this process, the wagons had their hoods removed and entered traffic as open coil carriers on traffic flows from Margam to Llanwern and Corby. So far, more than 50 of these wagons have been outshopped, with more currently being converted at Eastleigh. 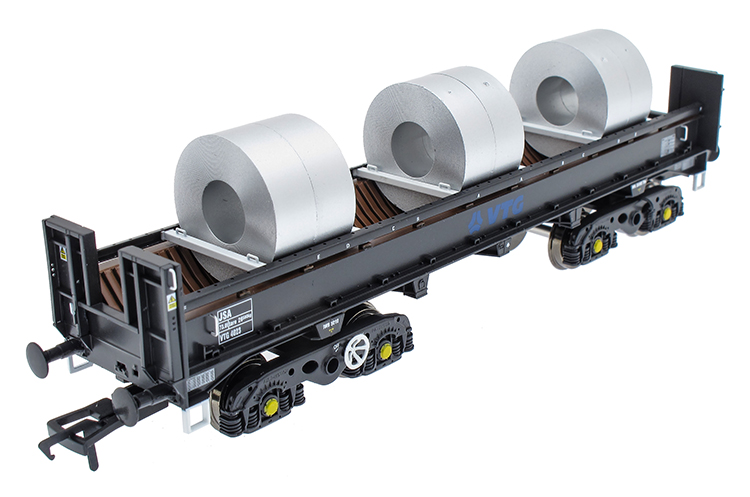 The wagons are available from Accurascale and their retail stockists in packs of two, with individual running numbers and decoration with three packs available in each of the variants. The British Steel-liveried examples have smooth-surfaced welded hood sections while the silver VTG version features the later riveted style construction of canopy. The hoods can be slid along the chassis channels the full length of the wagons for posing in yard scenes and the modeller can then appreciate the level of internal detail. The structural sections on the ends are well captured, with the hook and handle used to lock the hoods in place being movable to release the hoods from their running position.

The detail pack includes an ample number of bars, which fit between the U-channels on either side of the wagon to space and secure the loads. The attention to detail is excellent with even these channels being handed so that the correct spacing markings correspond on opposite sides of the wagon. As they are a loose fit, a dab of glue on the ends of the bar would be advisable to ensure they stay looking tidy. Below solebar level the customary level of Accurascale detail can be found with the frames and braking system pipe detail. The BSC Axle Motion bogies have a pleasing accuracy and depth to them while being designed to accommodate EM/P4 scale wheelsets if the modeller wishes to simply swap out the blackened RP25.110 profile wheelsets that come with the product.

Details carry on to the ends of the wagons with sprung buffers and piping connectors included in the detail pack. Moving on to the later open conversion of the wagons, the twin pack includes six steel-painted coil loads (with additional packs to become available as accessories in the range) where the interior detail can be better appreciated in trainloads. Accurascale’s latest wagon, a model that has not been previously produced, is a welcome addition to the modeller who wishes to include heavy freight flows from the last two decades and there’s certainly no shortage of choices of model locomotives they can run behind. An excellent quality model.