The Severn Valley Railway (SVR) has cancelled its two 1940s-themed weekends later this year, in the light of the conflict taking place in Ukraine. The news follows closely behind an earlier announcement by the Great Central Railway which cancelled its 1940s weekend, planned for the beginning of June this year, now changed to celebrate the Queen's Platinum Jubilee.

SVR chairman Mike Ball said, “Like everyone in the country, we have been horrified and saddened at the atrocities that are taking place in Ukraine as the result of Russia’s invasion. We feel that the wartime elements of our Step Back to the 1940s event would be inappropriate at this time, and have therefore decided we will not hold them.“ 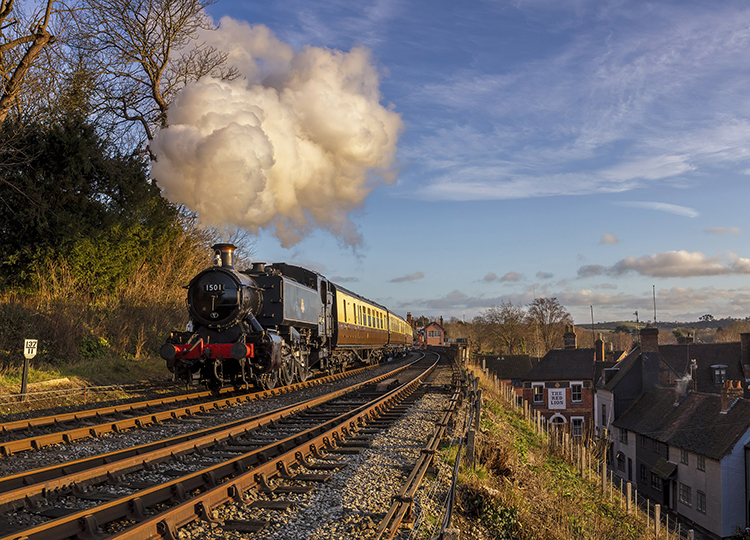 The SVR is said to be making arrangements for a future fundraising event in aid of British Red Cross’ Ukraine Crisis Appeal. All ticket holders for Step Back to the 1940s are being encouraged to hold onto their tickets which will be valid for a future date.

The railway will reopen on April 2 for its annual Open House Weekend and its Spring Steam Gala and Diesel Festival events will go ahead as planned in April and May. 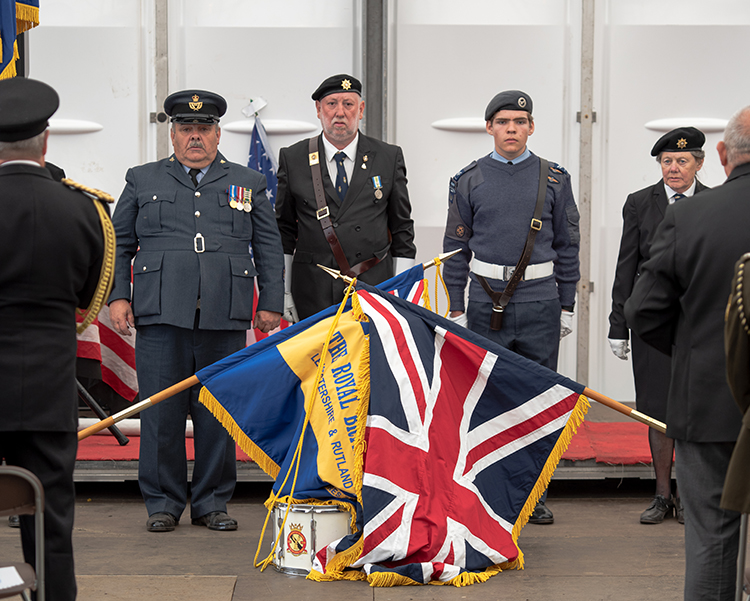 A WWII ceremony at the Great Central Railway in 2019.

Last week, the Great Central Railway (GCR) cancelled its annual 1940s Wartime Weekend at the beginning of June. This year, it has decided to theme the weekend to cover the history of the first fifty years of our Queen’s life, a pageant celebrating Her Majesty’s Platinum Jubilee.

The GCR event will be across all four stations at the railway with each station highlighting different periods from the 1920s to the 1970s. The event starts on Thursday June 2, with the Platinum Afternoon Tea attended by dignitaries, followed by The Thursday Night Swing Band. An old time fun fair for all to enjoy, entertainers throughout the four days taking us through the songs and music of the time, vintage vehicles, fashion shows, demonstrations, a shopping village, a Saturday night Big Band dance, fly past, flying acrobatics, re-enactors showcasing fashion from 1920 onwards, the Marching Pipe Band and more is expected.

Michael Gough, Managing Director of the GCR, commented, “Like most of us in the UK we are appalled at the atrocities unfolding in the Ukraine and feel that an event depicting wartime would be highly insensitive at this saddening time. The opportunity to depict our Queen’s life on the occasion of her Platinum Jubilee year feels far more appropriate and promises to be a truly stunning four days of celebration.” The event runs from June 2-5.

For further details on events taking place at the Severn Valley Railway and Great Central Railway, visit their respective websites.